Ssssshhhh! We’re Having A Get-Together 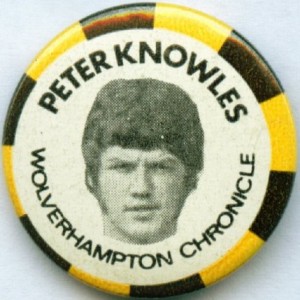 Even by our standards, the last month has been a highly eventful time, with acquaintances renewed on the High Street and at Molineux, events to arrange and promote, even some clandestine meetings. More of which – much more, in fact – in the coming weeks. Here, in the meantime, is a round-up of some of the behind-the-scenes dealings at Wolves Heroes:

Mon, Feb 27: Bumped into not one but two sporting legends of Wolverhampton this afternoon. Was in deep conversation with the cycling great Hugh Porter at the foot of the escalator in Marks and Spencer when who should pop along but Peter Knowles? Hugh and his wife Anita Lonsborough agreed to be interviewed by me for an Olympics-orientated article in the Wolves v Manchester City programme. If only Peter’s beliefs would allow the same……

Wed, Feb 29: Fixed BBC Radio WM up with an interview with Dave Wagstaffe after news of the sad passing of his close boyhood friend, Davy Jones. The parting of their ways 50 years ago and then their reunion during the Los Angeles Wolves summer of 1967 is a brilliant story – always told so nicely by waggy. Les Wilson also knew Davy quite well and sent an email of condolence on which he copied in John Holsgrove and Wolves Heroes.

Mon, Mar 5: Received a message from a former Molineux favourite pointing out that Wolves had also lost 5-0 at Fulham (the outcome yesterday on a gruesome afternoon at Craven Cottage) in 1966-67. That was in the League Cup early in the club’s promotion-winning season and the sentiment was: ‘We recovered then……..the players have to believe they can turn things round now.’

Fri, Mar 9: Spoke again to Waggy, this to invite him and Phil Parkes to be present at a signing session promoting the new book, Wolves – A Nostalgic Look at a Century of the Club’. Good as gold, they both promised to be there for the launch in the Wolverhampton branch of Waterstone’s over the lunchtime of Saturday, March 24.

Mon, Mar 12: Saw a Facebook post from a BBC friend announcing that Keith Curle and Stan Collymore were ‘in the building’ at the Mailbox in Birmingham, ready for the recording of tonight’s Late Kick-Off Show. Curle has had a great start with Colin Lee at Notts County with five wins in the first six games and spoke well on air. Collymore is always articulate but made one schoolboy mistake when complimenting Graham Turner on his lifetime achievement award from the Football League and referring to how he had signed Steve Bull (right) and Andy Mutch (wrong – it was Sammy Chapman) for Wolves.

Tues, Mar 13: Heard from Bobby Gould that he and his former Wimbledon defender John Scales had been asked to do Sunday’s FA Cup semi-final draw. With book business in mind, I challenged him to get in the line: ‘….will play number 24…. Carat Gould.’

Wed, Mar 14: Bumped into Willie Carr outside Molineux. He had just dropped a ball off to be signed and told me he was going to the big forthcoming attraction with his son-in-law, a Manchester United supporter. “I had great fun last time we came to this game together – and Wolves won,” Willie said.

Sun, Mar 18: The reality was somewhat different this time and Tim Flowers, who was on BBC 5 Live duty, was among those in the press room trying and failing to fathom out some of Wolves’ defending.

Mon, Mar 19: Had another of those ‘clandestine meetings’ this afternoon. Three former Wolves players were present and, suffice to say for now, it’s with the aim of setting up a highly unusual players’ reunion.

Wed, Mar 21: Wow, the dinner proposal is gathering great pace! One and possibly two 1960s players are planning to fly in from abroad to be present. It’s so nice to be involved in reconnecting these old mates, some of whom haven’t seen each other in many decades.