A Magazine With A Gold And Black Tint 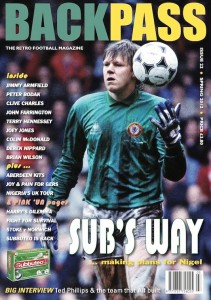 Wolves references are again well to the fore in the recently-published issue 22 of the thriving football retro magazine Backpass.

A feature on ex-Molineux man John Farrington by Wolves Heroes’ David Instone includes a cut-out heading from a 1969 copy of Goal which carries the question: ‘Farrington – the fastest winger in England?’

A read of the article reveals a close family connection the north-easterner had in the game – through a man who drew flattering comparisons with one of the true greats of English football.

There is also a piece on Derek Dougan that concentrates on his prowess as an author and a visionary. ‘How Not To Run Football’ was one of several literary contributions by the striker and is given a good airing in the Bookshelf pages by the former Birmingham Post sports writer Hyder Jawad.

And there’s confirmation that Bill Shorthouse DID go to a European final after all, although his retirement in 1956-57 came before Wolves flew to the Continental mainland to play in organised competition. He went as part of the backroom team when Aston Villa won the European Cup in Rotterdam in 1982 – the day before his 60th birthday, no less.

Throw in some mentions of Ray Crawford, Peter Withe, the Hawthorns-to-Molineux charity walk in February and Wolves-loving ELO and The Move drummer Bev Bevan, who offers some recollections on the club in the 1970s, and there’s plenty to appeal to the Wanderers fraternity.

As if that’s not enough, there’s an in-depth feature about Terry Hennessey, the former Birmingham, Derby, Nottingham Forest and Wales defender who is related to Wolves keeper Wayne. 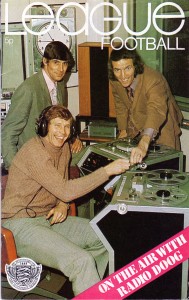 Terry now lives near Melbourne but took the time to link up with Wayne and watch him in two matches in Perth when Wolves were on tour in the summer of their arrival in the Premier League.

Backpass costs £3.80 per issue and is available at WH Smith’s, Sainsbury’s, Martin’s/McColl’s and various other retail outlets.

Much more information on the magazine, including how to become a subscriber, can be obtained by clicking on the magazine’s icon in the ads area of this website down the right-hand side of this page.