The twain shall meet….and often 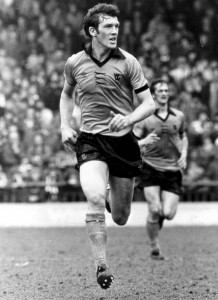 Billy Rafferty during his Molineux stint.

Over and above the work that fills the pages of this website, we have much to do, on a regular basis, with the extended Wolves family. A round-up of our various meetings, communications and dealings with them continues here…….

Sat, Mar 24: Wow, what a cross-over of players there has been over the years between Coventry and Wolves! Check out these names from the Sky Blues’ Former Players Association annual dinner today…..Billy Rafferty, Willie Carr, Ernie Hunt, Brian Roberts, Andy Blair, Barry Powell and Graham Newton. Only Newton, who was a youngster at Molineux, failed to make the Wanderers first team, although Blair was only on loan. The six of them totalled more than 550 senior matches when they were here. Hunt apparently became bored during the MC’s introduction of him, so he just grabbed the mic and crooned his way through Moon River!

Sun, Mar 25: Received a ‘group’ text from Neil Emblen as I was walking up to St Andrew’s for this afternoon’s Birmingham v Cardiff game and was thrilled to hear that he had succeeded in leading the New Zealand team to qualification for this summer’s Olympics. In the press room, met up again with Joe Gallagher, who was singing the praises of the Blues’ impressive manager Chris Hughton. Mmmmm, food for thought……

Mon, Mar 26: Did a telephone interview with Jason Forrest, one of the match-day PA announcers at Molineux, about the new When Football Was Football book. The publication has had an encouraging start and some of the early feedback has been extremely positive.

Sun, Apr 1: Had a chuckle when I heard Charles Ross bantering with Jason Roberts on the BBC’s 6.06 and calling him a Wolves legend. Charles rang the show with what he introduced as a ‘good news’ story – the sell-out of the 158th and final issue of A Load Of Bull and the fact that the surplus funds in the kitty were being directed, with subscribers’ full approval, into the charity projects supported by Wolves Community Trust. The ‘legend’ reference was nothing to do with the short spell Roberts had at Molineux in the late 1990s. It was because he was part of the Blackburn team who played at Molineux on Survival Sunday nearly 12 months ago. Wonder if Charles knows I’ve quoted he and Sir Matt Busby on the back of the WFWF Wolves book.

Tues, Apr 3: Had a surprise call as I was parking up outside Molineux this morning – from Mick McCarthy. It was nothing more than a thank-you for a thank-you. I sent Mick a long letter after his sacking, acknowledging not only the good times he brought the club over several seasons but also the great value he provided in all his press conferences. Since his departure, he has had a long holiday in Florida, vacated his house near Wolverhampton and moved back to Kent, so this was very much a signing-off chat. “Send my best wishes to everyone there – it was a brilliant five and a half years,” he said. Next time we see him, it will presumably be in the opposition dug-out.

Mon, Apr 9:  Carefully filed away a valued keep-sake today – a thank-you letter from Bill Slater. He and his daughter Barbara carefully answered my questions for an Olympics-orientated article in the match-day programme recently and someone must have been kind enough to send him a copy. He’s such a lovely, gentle man, with impeccable manners – but I still wouldn’t like to have faced him in his pomp! 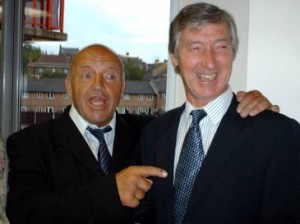 Sat, Apr 14: Was surprised to see Steve Froggatt at the Albion v QPR game this afternoon and learn that he’s now working for Radio London. He’ll be acquiring a new accent before we know it.

Thurs, Apr 19: Received an email today from a 1970s Doncaster player called Bob McLuckie who lives just round the corner in South Yorkshire from Maurice Setters, his manager at Belle Vue. Bob remembers Ernie Hunt being signed by his former Coventry colleague Maurice Setters on loan and wrote: “What a fantastic experience it was for a 16-year-old to play alongside such a great man. The reason for the communication is that I would love to get in touch with Ernie. I obviously would not want to invade Ernie’s privacy but he was such a warm, kind man and I have some personal memorabilia I would love him to sign.” We’ve promised to try to help.