Popular Utility Man Next In Line 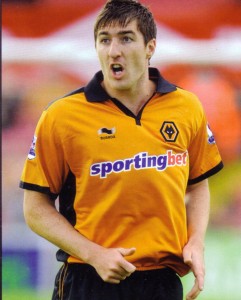 Stephen Ward is close to graduating to the Legends area of this website – but will have to wait until early next season to do so.

Wolves’ regular left-back has played every minute of their 2011-12 Barclays Premier League season, with only Sunday’s trip to Wigan to come.

And, assuming he lines up at the DW Stadium, his tally of senior competitive appearances for the club will stand at 198.

Ward, signed as a forward from Bohemians early in 2006-07, has played 40 games this season to overtake Republic of Ireland team-mate Kevin Foley in the Molineux all-time appearance list.

He is very much seen as the Mr Dependable of the squad, having also played in other roles and figured in 37 League and cup matches last term.

Not that his campaign is about to end. He has been named in Ireland’s provisional squad for the European Championships finals, having belatedly made his international debut last summer.

He opened the scoring in that game in a 5–0 victory over Northern Ireland and, as well being on target three times for Wolves this season (against Blackburn on the opening day, Wigan and Chelsea), has netted again for his country – in the second leg of the Euro 2012 play-offs at home to Estonia in mid-November. 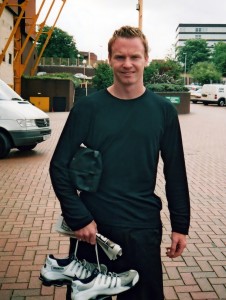 The 26-year-old, whose partner India is the daughter of former Molineux apprentice Mike Lewis, is in line to become the third member of the current Wolves squad to join our Legends area.

Like Ward now, Karl Henry was on the brink of inclusion this time last year, the midfielder going through the 200-game barrier early this season. He has now played 230 games for the club to sit alongside Roy Swinbourne in equal 54th place in the all-time appearance list.

When Henry, hopefully, makes it into the top 50, he will join one of his predecessors as captain, Jody Craddock, whose match tally for the gold and black cause stands at 237 – the same as Norman Deeley.