Jubilee Duty For All Stars

Old Boys To Put On Their Sunday Best 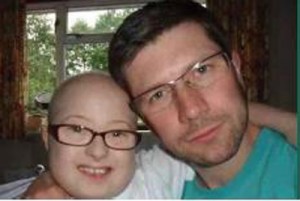 Katie Pritchard and her dad, Ian.

Wolves All Stars are in Bank Holiday weekend action when they face a Midlands estate agents’ team at Sutton Coldfield’s Coles Lane ground on Sunday.

The fixture, which is rearranged from the end of April, kicks off at 2.30pm and is to raise funds for the Katie Pritchard Family Trust.

Katie is 11 and has acute lymphoblastic leukaemia – an illness requiring a two-year treatment plan that costs £10,000. Around a quarter of this has so far been raised.

All Stars stalwart Simon Dunkley, who was a big player in organising the benefit game played for Ian Cartwright several years ago, is the man at the helm in supporting this highly worthy cause as well.

“It would be fantastic to get a big turn-out for the game, so fingers crossed with the weather,” he said. “It should be a real family fun day.

“Attractions include a kids’ bouncy castle, a slush puppy machine, cheer leaders, drinks and other refreshments and a half-time penalty-taking competition, as well as the game itself.

“As ever, we’re hoping some players will be able to attend to lend their support, even if they aren’t playing.”

The opposition is being provided by Dixons/Bairstow Eves, in whose line-up Dunkley is listed.

Admission for the June 3 match is £3 for adults and £1 for concessions.