It wasn’t just the cruel turnip caricatures in the tabloid press that troubled Graham Taylor as England manager. In the summer of 1992, the Swedes were a problem as well. And the Danes. And the French.

Less than two years before his controversial instalment at Molineux, Taylor presided over a European Championships campaign that reached no great heights in the qualifying stages and tailed off alarmingly in the finals.

By coincidence, it also featured an early draw against France, so there we must hope the similarity with the current tournament ends.

We had no way of knowing at the time but the ‘action’ in Scandinavia 20 years ago – if we can be flattering enough to use that term – also offered us a glimpse into Wolves’ future on the playing side, as well as the managerial one.

Andy Sinton, who we featured on these pages last Thursday, made his senior international debut in the scratchy 1-1 draw in Poland late in 1991 that sealed our advancement to the tournament proper. 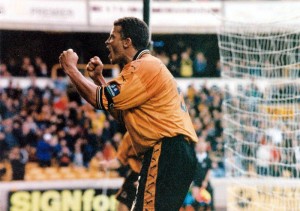 And it was on the bigger stage in Sweden seven months later that we saw more of he and two other men later to ply their trade at Molineux, Keith Curle and Tony Daley.

In what was the last of the eight-team finals, England were drawn in the same group as Denmark, France and the hosts, Taylor advising the millions watching at home to sit back and leave the worrying to him. There was to be plenty of that…..

The Danes shouldn’t have been there but were admitted to the tournament at short notice because of the break-up of war-torn Yugoslavia, who had qualified at their expense. The Slavs were therefore suspended from international football and Denmark’s players, almost literally, came in off the beaches for the experience of their football lives.

They were our first opponents, in the southern port city of Malmo, and were more than a match for us. Curle, who had been with Wimbledon only a year before, lined up at right-back but his 62nd minute replacement by Daley was to mark the end of his England career after three caps.

Both players were booked in a turgid 0-0 draw that gave rise to headlines such as ‘Rubbish’ and ‘What A Stinker’ on this side of the North Sea.

Sinton was born four months before England’s ultimate golden day in 1966 and was promoted from the substitutes’ bench to the starting line-up for the game with France at the same venue four nights later. 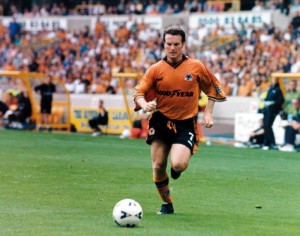 For this  meeting of the two Group 1 favourites, Curle and Daley remained unused on the bench, with Sinton occupying the right-wing-back role in a side who had been hit by the long-term loss through injury of Euro 90 sensation Paul Gascoigne.

Eleven of the squad, including Bari’s David Platt and Marseilles’ Trevor Steven, were with clubs who were not in the 2011-12 Premier League, the likes of Nottingham Forest and Sheffield Wednesday figuring prominently.

And those who criticised Taylor for his chopping and changing had further ammunition to fire at him as England laboured through a second goalless deadlock, this one even more dismal.

Sinton cleared a second-half France header off the line but it was desperately poor fare, especially as the 1984 champions were managed by the playing legend that is Michel Platini and had Didier Deschamps, Eric Cantona, European Footballer of the Year Jean-Pierre Papin, Emmanuel Petit and current French boss Laurent Blanc in their ranks.

So we moved on to Stockholm, where I was among a group of Midlands-based journalists given an interview opportunity at the airport with Taylor – known to us from his successful time at Aston Villa – and Gary Lineker.

England almost certainly had to beat the Swedes to go through, so Daley was in the starting 11.  His manager, who also happened to have brought the best out of him in their time together at club level, admitted regretting not sending him on against the French. Here was the flying winger’s chance.

The Swedish side featured Joachim Bjorklund, who was to play three times for Wolves more than a decade later.

With their minds focused, England were much brighter and Daley flickered as much as most. David Platt needed only four minutes to clip home Lineker’s right-wing cross and the lead might have been extended before the interval had Daley not missed a one-on-one chance and lifted a header over from Stuart Pearce’s cross.

From a position of comfort and promise that had raised hopes of a trip to Gothenburg for the semi-finals, though, everything unravelled. Sweden equalised through Jan Eriksson seven minutes into the second half and won it through Tomas Brolin’s brilliant goal seven minutes from the end.

In between, Lineker hurled his skipper’s arm-band to the ground in frustration after being replaced by Arsenal’s Alan Smith – a tactical change that left him realising his international career was over with 48 England goals to his name, one short of Bobby Charlton’s all-time record for the country.

France and England had been expected to go through. Instead, it was Sweden and Denmark. The Nordic nations celebrated the most famous night in Scandinavian football history and fireworks exploded above us in the vibrant Rasunda Stadium.

One of the more bizarre occurences of the night was Daley, on the night of his seventh cap, becoming the first player to be booked twice in the Championships. What price would you have got on that?

He, like Curle and Lineker, didn’t play for England again. Within two years, he had followed Taylor to Wolves, Curle joining two summers after that during the Mark McGhee era.

Sinton took his tally of international caps to 12 by also playing in the failed World Cup qualifying challenge that followed. At club level, he moved on from QPR to Sheffield Wednesday and Tottenham before being recruited by Colin Lee at Molineux in 1999. 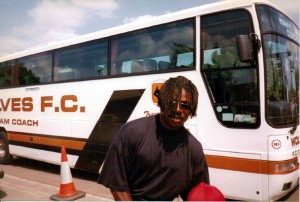 The chaos didn’t prevent them going on to become one of the biggest shock winners of a major championships of all time. They beat world champions Germany 2-0 in the final.

In his end-of-tournament ‘post mortem’, Taylor admitted he was an admirer of the physical strength of the emerging Scandinavians and lamented the lack of star quality in his squad.

He could do little but smile, though, when the man from The Sun piped up: “So what you’re really saying is that you’re trying to find a 6ft 4in Stanley Matthews?”