Euro 12 fever is providing us with every incentive to keep trawling the cuttings of yesteryear to maintain a tournament ‘feel’ to our postings. We plan to do so until the end of the month and that also goes for this, our regular diary feature…..

Monday, May 21: Les Wilson, who had a long and successful spell in international management with Canada, has a heart of gold. He is dedicating to his country’s Hall of Fame a signed German no 18 shirt that was worn by Jurgen Klinsmann in Germany’s 2-0 victory in Toronto shortly before the 1994 World Cup finals. The blond legend presented the item to the former Wolves man after the game and is back in Canada in a couple of weeks’ time as manager of the USA team who are playing there. Klinsmann was the first player to score in three different European Championships (1988, 1992 and 1996). 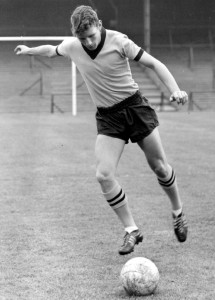 Thursday, May 24: One of the pleasant off-shoots of working on this site is reconnecting old friends or even family members. Having heard recently from pals of David Woodfield, we’ve now had an email from a nephew of Dave Maclaren’s. Craig Hornsby went to Wolverhampton University from 1988 to 1992 – ‘the Steve Bull years’ – but lives in Northumberland. His mother, who was Dave’s sister, died in a car crash in 1973 and Craig lost contact with her side of the family following another funeral in the early 1990s, at which Dave and his trio of goalkeeper brothers, Roy, Jim and Monty, were present.

Sunday, June 3: My heart skipped a beat when I heard of some gangland shootings in the Eaton Centre in Toronto. It transpired that Les Wilson’s wife, Lois, had been shopping in there with friends a couple of hours earlier. The couple are in the eastern city as part of the Canadian FA’s centenary celebrations and Les was one of the players introduced on to the pitch before the 0-0 draw against the Americans.

Tuesday, June 5: Did some travelling of my own today by flying to watch England’s first Euro 12 opponents, France, in their pre-departure 4-0 victory over Estonia in Le Mans. On a similar trip to Lille this time last year, my press accreditation request hadn’t been received and I almost didn’t get in. This time, my match ticket was waiting for me but I had to knock on a fellow guest’s ground-floor window at nearly midnight in order to check into my hotel.

Friday, June 8: Digested the comments from various England personnel after their day at Auschwitz and thought Roy Hodgson spoke brilliantly of the experience, finding just the right note. While Fabio Capello’s side were blundering around in South Africa two years ago, we had a long weekend in Krakov and visited the same concentration camp. We left utterly numbed by the tales of unspeakable cruelty. 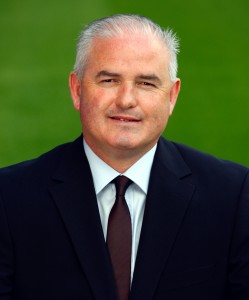 Friday, June 15: Had coffee in Wolverhampton with former Molineux amateur John Southall and our mutual friend Brian, and handed over a dvd I made of the recent Cullis Cubs reunion. John was part of that and was still full of it.

Monday, June 18: Set BBC Radio WM up with an early-morning interview with Chris Evans, who is enormously proud of Joleon Lescott’s impact at these championships. Chris had much to do with the defender’s early development and also with those of two members of the Republic of Ireland squad, Robbie Keane and Keith Andrews.