French Legend Was On Molineux Radar 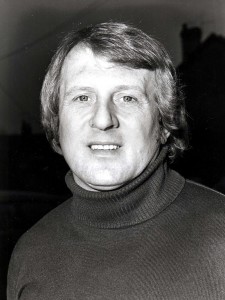 John Barnwell.....hoped to spend big on the superstar who now runs UEFA.

Twenty-eight years ago, the current UEFA president was himself the talk of the tournament in his home country – not only as its top scorer but also the man voted as the best player.

But there was a time, unlikely as it sounds, when the brilliant French midfielder was linked with a move to Wolves.

It will surprise no-one with a grasp of Molineux history that the manager with the vision to pursue him was John Barnwell, who also had the club’s League Cup triumph and return to Europe in 1980 as leverage when targeting big names.

Platini was a St Etienne player, a highly impressive one at that, when Barnwell made his move. His bid was reported in the media but attracted sceptism as well as opposition around the club.

“I think it was a PR ruse to keep the press believing Wolves were up there with the big teams,” one former player told me last week. “There certainly wasn’t any indication or belief in the dressing room that the signing was going to come off.”

We contacted Barnwell yesterday, though, during his extended holiday in Majorca and were assured the pursuit was serious.

“We didn’t get as far as speaking directly to Michel,” he said. “He was one of the few players at that time to have an agent and we spoke through other parties.

“I had seen enough of him to know what he could do and we sent people out to France to watch him play. We also discussed a fee with his club. It was a lot of money at that time and there was considerable opposition at Wolves towards spending that much on a foreign player. There weren’t many of them in England then.

“As a result, the deal was put on ice and, in the meantime, Michel broke his ankle and that was about that. It would have been interesting to see whether he could settle in the First Division and handle the power of it.”

A succession of Wolves managers would discover soon enough that the pot was empty as far as new signings were concerned but Barnwell can’t be accused of aiming low in his time at Molineux.

In addition to selling Steve Daley to Manchester City for a record British fee and quickly setting a new ‘high’ with his recruitment of Andy Gray, he homed in on other huge names.

Striker Zbigniew Boniek never played in a European Championships finals because Poland never qualified for one while he was playing but he was strongly linked with Wolves.

And the club had both Rene van der Kerkhof and Ally McCoist training with them towards the end of the entertaining Barnwell era.

The Dutch midfielder played for his country at the 1976 and 1980 Euros, as well as being a beaten World Cup finalist in between, and was a 30-year-old PSV Eindhoven player when they and Wolves were said to have negotiated a £325,000 fee in August, 1981.

Barnwell warned at the time: “It didn’t take long to agree terms with Rene but the Eindhoven president is tough. He wants the best deal for his club and it should be settled next week.”

Van Der Kerkhof, whose twin brother Willy is another PSV and Dutch legend, even played in a reserve practice match against Chesterfield at Castlecroft, his wife Annie saying: “I think Wolves are a good team and Rene will do them good.”

The player told the press after having a medical: “I am very keen to play English football and I chose Wolves because I like what I see.

“I’m happy with everything the manager has put to me and I’m looking forward to coming back and completing the transfer.”

The Express & Star referred, however, to concerns about the player’s physical condition and, amid a subsequent cooling-off, Wolves welcomed McCoist to the fold as they discussed a £350,000 deal with his club St Johnstone.

Rangers, Middlesbrough and Sunderland were also said to be interested in the 18-year-old, who had scored 23 goals the previous season and who had been watched by Barnwell in a game at Celtic.

“I’ve agreed a fee with St Johnstone and expect him to sign today or tomorrow,” the manager said. Alas, McCoist visited Sunderland for talks on the same visit to England and promptly signed for them. Van Der Kerkhof didn’t return either. 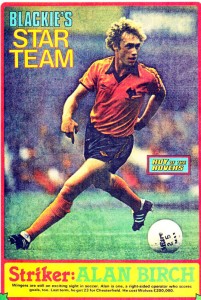 Wolves decided against plunging into the foreign market after all, at least beyond dipping a toe with the recruitment of Uruguayan Raphael Villazan in May, 1980.

But signings did come in the wake of the disappointment over McCoist, who had spent several days with the club and who would become a hit at the 1996 European Championships with Scotland.

On the day the future Rangers manager said no, Wolves announced the capture of Alan Birch and, later that week, Joe Gallagher arrived from Birmingham.