Life Never A Drudge For ‘Crudge’ 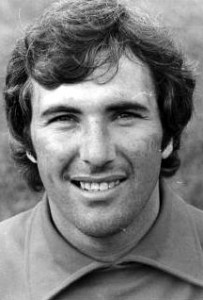 Geoff Crudgington in his playing days.

As someone who played football in four different decades, and so diversely as to have served under Ronnie Allen and Tommy Docherty and to have faced Paul Gascoigne and GaryLineker, Geoff Crudgington stands out proudly as someone with a story to tell.

All the more so for this website as he was born in Wolverhampton and spent several years at Molineux without playing a single senior game there.

Crudgington was a grammar schoolboy in the town, won his three England Schoolboys caps while with the club and still has aunts, uncles and cousins here. The roots are deep enough to prompt occasional trips back.

“I went to school with George Showell’s nephew and had to stay on until I was 16 because I was at the Grammar,” he said. “I lived in Bradley (the spawning place for Showell, Bert Williams and Bill Shorthouse) for 17 and a half years until I moved to Lichfield when I left in 1969 to play for Villa.

“My dad was a big Wolves fan, so maybe I rebelled by tending to watch Albion! Before the Baggies played QPR in the 1967 League Cup final, I was chosen to take part in a parade of all the different clubs on the pitch at Wembley. I wore Preston’s strip.

“I played schools football at the time for Birmingham District and South East Staffs and we should have been playing a kids’ game at Wembley immediately before the final. But it didn’t come off.

“I joined Wolves at 14 or 15. Nobody could really touch you then until that age. Someone my dad worked with mentioned me to Joe Gardiner and he saw me play for SE Staffs.

“I’d had Ron Jukes round to speak to me. He was at Walsall then but I went to Wolves instead while Ronnie Allen was manager. We trained at Castlecroft, mainly with Jack Dowen, although Gerry Summers was also there.”

Crudgington was part of a talented England Schoolboys crop also including Steve Perryman, Len Cantello, Tony Towers and Steve Whitworth and won three caps – against Scotland at Old Trafford, versus Wales at Swansea and against Northern Ireland at Windsor Park – as well as being a substitute at Wembley.

The coach was Tom Saunders, part of Bill Shankly’s famous boot-room at Anfield, the Wulfrunian’s chance coming in preference to Pat Cuff after Mervyn Cawston had been injured.

He considers Wolves to have been relatively light on goalkeepers when he joined them and adds: “I was playing with professionals at 15 or 16, although I was only ever a schoolboy at Molineux. I just went there to train in the holidays and was never full-time. I wasn’t offered a professional contract.

“I remember playing in the same side as John McAlle for a few games in the West Midlands League, although he was a year older. I had always seemed to play in teams who were a year older than me.

“I appeared in the A team as well and in the Worcestershire Combination and remember playing against Coventry at Molineux in the FA Youth Cup. Willie Carr and David Icke played for them and we were stuffed five or six. They also had a lad called Colin Randall, who played in the same Plymouth side as me many years later.

“While I was at Wolves, John Richards was coming on to the scene and Bertie Lutton and Paul Walker are two others I recall. I didn’t get as far as the reserves, although I was close.

“I left Wolves soon after Bill McGarry became manager. It got a bit complicated because they took two other keepers, Rod Arnold and Jeff Wealands, on as apprentices. I managed to get my release just as I was leaving school.”

Crudgington had shown sufficient promise to ensure other opportunities would present themselves. 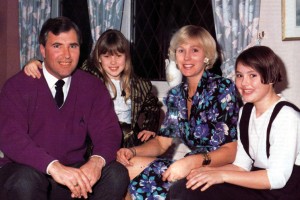 “I went to Bert Williams’ goalkeeping school as he knew my father and he fixed me up with some trials at Birmingham, where Stan Cullis was manager,” he said. “I also went to the Villa but never had one at Albion. Blues kept wanting me to go for training but I played three trial games with Villa, including one at Luton which was arranged as part of the deal that took Neil and Bruce Rioch to Villa.

“They also had me in goal in a friendly at Sunderland. Tommy Docherty was the manager and he offered me a contract on the coach journey home. I signed it and played a few first-team games there, starting with a Third Division match at Bristol Rovers when Vic Crowe was manager. John Dunn was the first-choice man and they also had Evan Williams, who I knew from his time at Wolves.

“I played against Wrexham in one of Villa’s ties on the way to the 1971 League Cup final. By coincidence, it was at The Hawthorns because it was a second replay and came after John Dunn had been injured in a car crash.

“I went to Old Trafford for the away leg of the semi-final against Manchester United and also to the final against Tottenham at Wembley. But John had recovered and was back in by then. I didn’t play in either game.”

Crudgington had known the likes of Brian Little and former Wolverhampton schoolboy Mick Hoban – later to become a USA international and a highly successful Nike executive – as colleagues in Villa’s reserves.

But he left the bit-part player tag behind when he was taken to Crewe by Ernie Tagg, a man who had a brief Wolves playing career of his own before World War Two intervened. Not that it was exactly the high life. So down-trodden were Alex at the time that his wife Sioux, a childhood Villa fan, preferred to tell casual observers that he worked for Rolls Royce in the town!

‘Crudge,’ a Valentine’s Day baby 60 years ago, had six and a half years and approaching 300 games while at Gresty Road, the most memorable of which was a home win over Chelsea in the 1975-76 League Cup. A few months earlier, Alex had been knocked out of the FA Cup by Gateshead. Birmingham succumbed to the Railwaymen around the same time.

“Jimmy Melia was the first-team coach and was fine with me,” he added.  “He took over at the end of the season when Ernie was sacked as manager but they got rid of him as well and Harry Gregg was appointed. As a former goalkeeper himself, he was brilliant for me.”

So good that Crudgington made 137 successive Crewe appearances, displaying a consistency that would later bring him a remarkable 165 consecutive Plymouth outings in League and cups, then another 84 in a row. There were also highlights elsewhere, in addition to a loan spell with Toronto Metros.

“In 1978, I went to Swansea to play for John Toshack,” he added. “They were in the Third Division, Crewe were in the Fourth and I wanted to play higher. I was  an ever-present when we won promotion to the Second Division but the manager left me out after about 50 matches in 18 months, and, within a fortnight, Bobby Saxton signed me for Plymouth.

“It’s at Plymouth where I am best known. I played nearly 400 times for them, including the Third Division promotion season under Dave Smith in the mid-1980s and in the semi-final of the FA Cup against Watford in 1984 back at Villa Park.

“I had played reserve games for Villa at Molineux but went back for a first-team match for the first time when I helped Argyle win a night match there in 1985. I also played when we beat them down here and Tim Flowers was in their goal.”

Crudgington had a spell as captain at Home Park in succession to George Foster – later to become chief scout at Molineux – and overcame the painful memory of breaking his hand late in a 7-2 defeat at Bolton.

“I was delighted to play for them so long,” he added. “I officially retired in 1989 but played very little in the last few months because I had been appointed youth manager at Plymouth. Ken Brown gave me the job.

“I spent about three years in the backroom, doing the reserve job as well, but didn’t last long after Dave Kemp came in when Ken got the elbow. For the next few years, I got a job in an electrical shop locally but was doing some coaching for the FA and the Devon FA. Dave Burnside was the regional director of the FA and helped get me into goalkeeper coaching.

“In 1999, I was approached by Plymouth to go back as the community officer. I hadn’t been back through the door 24 hours when the keepers asked me if I could so some work unofficially with them – something I did for three or four years. Then I left the community post and was just coaching.

“I worked with Jon Sheffield, Kenny Veysey, Luke McCormack and Romain Larrieu (now the club’s assistant manager). It lasted until June of last year when the club had big financial problems. For the last 12 months, I was in charge of scouting and one or two other things.

“I have basically done two 12-year stretches with Plymouth. I escaped once but was recaptured! I had a testimonial when Ken Brown was there and I dropped lucky because we played Spurs when Lineker and Gazza were playing and we had a gate of over 8,600.

“We had both been knocked out of the FA Cup early and were able to play the game at the weekend. Ken and Terry Venables had grown up together in the same street, so I was fortunate. I remember Gazza pinging a free-kick past me. That was early in 1990, so, technically, I have played in four different decades. 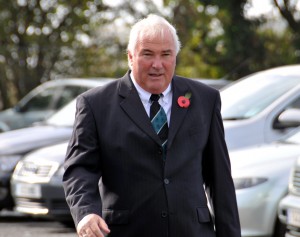 After decades as the last line of defence, Crudgington has been up front for the last couple of years or so. Having acquired his Public Services Vehicle licence, he drives buses and coaches – often youngsters on school runs – but he has also taken a group of university students on a four-day trip to Edinburgh.

Even more appropriately perhaps, after once taking he and his Argyle team-mates home from an away game, he has driven Torquay United’s players to a couple of away games and is the regular behind the wheel when the Plymouth Albion rugby union team hit the road.

* We happily acknowledge the considerable help of our friends at the excellent www.greensonscreen.co.uk website in the compiling of this article.