Full-back’s Views Now On The Shelves 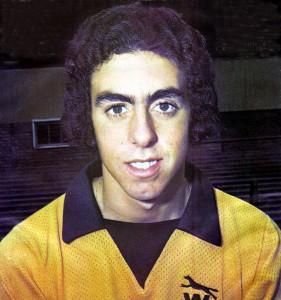 An interview with Geoff Palmer on Wolves’ prospects for the 2012-13 Championship campaign appears in the latest issue of the excellent nostalgia magazine Backpass.

The retro publication is now into its 24th issue and has taken on a more contemporary edge in recent months.

Much of the content is still purely focused on football in the 1960s, 1970s and 1980s, though, as underlined by features on Alex Dawson, of whom Phil Parkes has painful debut-day memories from 1966-67, David Webb, Colin Suggett and the controversial Roy McDonough.

By spotlighting Palmer, the magazine combines old with new. The defender made 496 League and cup appearances for Wolves from 1973 onwards and is still a regular Molineux visitor as to give a realistic appraisal of the chances of Stale Solbakken’s side in the coming season.

The long-serving full-back recently turned 58 and was interested to learn that Graham Hawkins, one of his managers at the club, is also featured in the latest Backpass, which goes on sale today in a number of high street stores, including WH Smith, McColl’s and Martin’s, plus various WH Smith Travel outlets.

Another piece with a gold and black flavour is an obituary on Joe McBride, the Scottish forward who had a brief spell at Molineux in the Stan Cullis era and who died last month.

Such is the growth of Backpass that it has not only increased from four issues a year to six but spawned a summer equivalent, Backspin.

This publication, for cricket lovers, is serving as a pilot edition to test the water in anticipation of that, too, becoming a periodical. For those who have missed the huge number of previous Wolves articles in Backpass, including ones on Derek Dougan, Frank Munro, Dave Wagstaffe, Les Wilson, Bobby Gould, Steve Bull, Alun Evans, Jim McCalliog and Cullis, back copies are available. 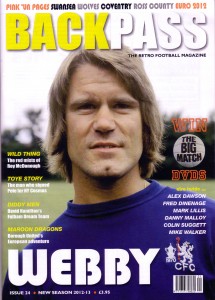 The likes of Hugh Curran, Danny Hegan and John Richards are due to be profiled in forthcoming issues.

For further details on ordering the highly popular magazine, simply click on the icon in the ads area to the right, email editor@backpassmagazine.co.uk or call 01544-230317.