Gordon On An Even Keel At Last 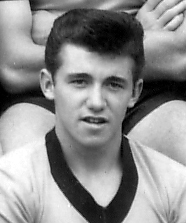 The young Gordon Roberts at Molineux almost half a century ago.

Football is just part of the Gordon Roberts story. And not necessarily the most interesting part.

A teenage sensation who was described as ‘a schoolboy Trevor Ford’ before being signed by Wolves in the early 1960s, he ultimately fell short of expectations in his varied playing career.

He then found wealth in business and has suffered major health problems in the aftermath of losing it. Now, at 65, it’s retirement, contentment and contemplation at the marital home in Kidderminster.

“I’m keeping much better now and I’m in decent shape,” said Roberts, one of the men happily brought back into the fold in May during the ‘Last of the Cullis Cubs’ reunion weekend.

“At one point, we were skint and living in a two-bedroom flat with my wife June’s mum. It took us a long while to get back on our feet but things improved and we have a strong marriage and close family.

“I’ve also had prostate cancer, a heart attack and diabates, so there has been a lot going on. But things are under control and we’re okay.”

Roberts, so outstanding in his early years that he played international football for Wales at 13, made his Football League debut at Molineux in a 3-0 home win on September 25, 1965. He was playing for visitors Bury!

He had been transferred only that week as an 18-year-old, having starred in Wolves’ FA Youth Cup squad for the previous two seasons and played in their Central League side. In the 1963 Youth Cup semi-final, he scored an equaliser in the second leg at Upton Park, only for West Ham to hit two decisive late goals.

Known mainly up to that point as a forward, he was named on the left wing for his Shakers debut, alongside Alec Lindsay (later well known as a Liverpool full-back) in a team also including Colin Bell and Eddie Colquhoun. Ray Pointer was absent because of his sister’s funeral that week.

The game was a watershed one for Wolves. They had crashed to their record 9-3 defeat at Southampton the previous weekend and subsequently parted company with Andy Beattie.

In came John Holsgrove and Ernie Hunt for debuts, with George Miller and Bobby Woodruff making way, and the proceedings against bottom-of-the-table opponents were routine enough, Dave Wagstaffe, Peter Knowles and Terry Wharton scoring for a side now under Ronnie Allen’s command.

Phil Morgan commented in his Express & Star match report that Roberts, who switched during the game to centre-forward, possessed ‘bags of energy but a lack of experience.’

Although Bury were to beat the drop, helped by a 1-0 win over Wolves at Gigg Lane in March, their young forward did not find himself as much in favour with Les Shannon as he had with the predecessor who had bought him for a small fee, Bert Head.

He was released in England’s World Cup-winning summer after playing only one more League game for Bury, Pointer’s five-goal comeback against Rotherham underlining the competition he faced in securing a place.

“We were all set to go to South Africa because I had a club lined up in Port Elizabeth,” he added. “But they disbanded just before we were due to depart and I became quite disheartened.

“Fortunately, a guy called George Baker from West Bromwich was the president of Rochester Lancers in the American League and I agreed to go there. They sent over an attorney with the paperwork and I collected him from the railway station in my sister-in-law’s mini. He was about 6ft 5in!

“I signed in Wolverhampton for them and hit it off over there straightaway. They had two or three Brits who weren’t very well known, including a Scot called Ken Allison.

“I was happy enough until some Italians took the club over and I had a fall-out with them. My wages were cut but they got me a job on the side selling advertising for a magazine and that made my money up.

“Rochester is in up-state New York and I travelled to places like Niagara, Buffalo and Syracuse in my job. At the end of the season, I wanted to come back to England but was approached by Syracuse Scorpions and joined them for a small fee.

“I had a smashing season there. We won our league and I was happy until we discovered my visa was about to run out and we had to leave quickly.

“I went to Sligo Rovers in Ireland and that was absolutely brilliant. We enjoyed it a lot, although there was a mountain range nearby and it always seemed to be raining. It could be a bit depressing. 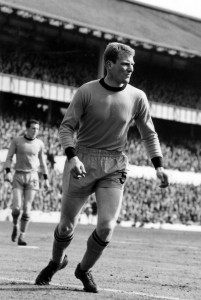 “We had a baby daughter (Mandy) on the way and the club couldn’t fix us up with good enough accommodation, so we returned here.”

The Irish experience had lasted around six months, the American one about two and a half years. Such was the lot of the club-hopping footballer, growing family or not.

“I got in touch with Ron Flowers, who I knew from Wolves of course and who was by now manager of Telford. He signed me and I was there when they reached the final of the FA Trophy against Hillingdon in 1971.

“I scored the winning goal in one round but got dropped for the former Albion player Micky Fudge for the semi-final. Going again to Wembley, where I had lost 9-1 with Wales under-15s to England, was brilliant but I was only in the squad, not in the 12, and that was a disappointment.

“I had a couple of years playing on and off for Hednesford at the end but had started a wholesale and retail clothing business as we only trained twice a week. Travelling to away games, especially with Telford in the Southern League, took up too much time, so I called it a day when I was in my late 20s.”

There wasn’t chance to miss the game too much. Business life was good. Roberts soon had three shops and a warehouse in the Bloxwich area.

The family lived in an impressive property on Tinacre Hill, near Wightwick Manor, and the couple’s children went to private school, both here and when they moved to America.

“I have to say we were fairly rich,” he added. “That part of my life was a success story. We decided to emigrate and bought a five-bedroom house, with a pool, in West Palm Beach, Florida.  We backed on to a man-made canal.

“I paid about $145,000 for a laundry business and realised within a month that someone had been cooking the books. It was making a loss. I thought I was good at business but I obviously wasn’t that good.

“We were blinded by it all and taken in. We sued but the legal people told us after about a year that they didn’t want to represent us anymore. We were skint.

“We came back to England in 1982 with only £9,000 left and lived for about three years in Heath Town. I was ill with the stress and we did our crying. I was on the dole with no qualifications.

“Slowly, we got back on our feet. I started a courier business from Wolverhampton and did that for 12 years. It was very hard work but it kept us afloat. I also did a bit of buying and selling on the side.

“Thanks to the Midshires, we were able to get a mortgage on a house in Kidderminster more than 20 years ago and we have since moved to a nicer, bigger property. I retired five years ago.

“I have not been in good health since the American nightmare and put a lot of the problems down to that, although the heart attack was my own fault. I was playing squash when I wasn’t in good enough condition to.

“I’ve had cancer in the last four years but had an operation that, touch wood, has cleared it up. My diabetes is also under control. I pay £5 a week to go to a gym and am looking after myself. Previously, I damaged my Achiles tendon out running and had to sit around all the time rather than exercise, so I was overweight.”

Gordon regards himself as a Wolves fan, albeit an armchair one. Money has remained sufficiently tight as to prevent many visits to Molineux, so he was thrilled to be invited with his contemporaries to the Premier League clash with Everton in May.

“It was great for us all to be together again,” he continued. “I didn’t really stay in touch with anyone after I left.

“Our son Craig has been very successful in the USA as head coach at Ball State University in Muncie in Indiana and has been a bit shrewder than his dad!

“He has been there for 22 years since he was 18 and is good to us. When he returns home, he treats me and takes me round a few games.

“I look back now and think I was probably as good as any lad in Wales at my age. I was very quick, scared of nobody and not afraid of using my shoulder. And when I came to Wolves, I became extremely fit.

“I think I won nine schoolboy caps but there was some bad blood when I left South Wales because the people round there had thought I’d join Cardiff, where I was from.

“I played in the English Schools Trophy against East London, scored two and had a very good game. Harry Redknapp was on the wing for them and all the scouts were there.

“Cardiff were trying to sign me, so was Billy Wright at Arsenal, plus West Ham and Spurs. When I went to West Ham, I went back with Harry Redknapp for a meal at his parents’ house. I also had talks with Tommy Docherty at Chelsea. He told me he had a better centre-forward than me, Peter Osgood, but thought the two of us could hit it off together.

“Wolves came on the scene a bit later and had an area scout called Ron West in Wales. He convinced me Molineux was the place to go, so I came here in 1962. I thought Stan Cullis would be the best manager for me with his reputation and knack of winning trophies. 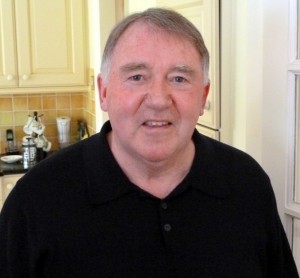 “A groundsman called Bernard met me in a van and took me to digs in Burland Avenue, near where Billy Wright used to live. I shared with Ken Knighton, Barry Stobart and David Thompson.

“We used to have great fun in the summer trying to make some extra money selling potatoes and I got friendly with Peter Knowles as well. He knocked on our door in Heath Town once when he was doing his rounds but I’d hardly seen any of my old Wolves mates in decades until a few weeks ago.

“I suppose the game changed a little bit and became more technical. I was very direct in the old Wolves tradition and I struggled when Bury tried to convert me to a midfielder. I wasn’t really skilful enough to go on.”