Wolverhampton Wanderers have spent only three seasons in the third tier of English football.

In 1923-24, they finished top of Division Three North and, under Graham Turner six and a half decades later, they were champions again, the year after winning the Fourth.

In between, in 1985-86, they departed that grade by the opposite route as they tumbled to the basement for the first and only time.

They were the darkest of days, summed up by the fact that 16 of the club’s home League games that season were watched by fewer than 4,000; in many cases, a lot fewer.

It was Wolves’ third successive relegation but, as they hurtled downwards and barely touched the sides in the process, one game stood out. 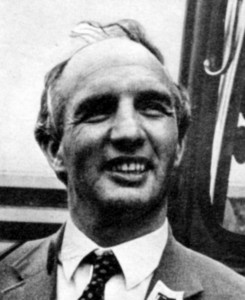 Bill McGarry.....found a ray of light in a gloomy second Molineux spell.

At the time, a trip to Elm Park represented a meeting of the small fry and the fallen giants but the odds were very much against Bill McGarry’s men on the evening of Wednesday, October 23.

The manager was back for what was to prove a brief second spell in charge and admitted he was in a state of near despair after losing the promising Neil Edwards to a serious knee injury in the previous game, a 0-0 home draw with Walsall.

He had been rebuffed in his efforts to sign Bristol City winger Howard Pritchard for £5,000 and the Manchester City forward Jim Tolmie for twice that amount and admitted: “The situation is quite hopeless really.

“You have to sit there and keep your fingers, legs and everything else crossed and pray the opposition don’t score.”

There was an angry backcloth to the game, with Wolves fans continuing their protests against the club’s despised and little-seen owners, the Bhatti family, en route to Berkshire.

Around 50 of them made a day-time detour to wave ‘Bhattis Out’ and ‘Bhattis Must Go’ placards outside the brothers’ luxury London offices in Piccadilly.

The supporters probably expected that to be the highlight of their day because they would have expected little reward from a game away to the runaway Third Division leaders.

While Wolves had won only two and lost nine of their 13 League matches, Reading were boasting an incredible 100 per cent record and seeking to become only the fourth club in England to register a 14th consecutive League victory within a season.

They were already an astonishing 15 points clear at the top after winning their opening 13 matches and 13,465 were shoehorned into their compact little ground expecting to see Wolves put to the sword as well.

But they reckoned without a young forward who went by the nickname ‘Dodger.’ Irishman Derek Ryan, so called because of his habit of going missing during his apprentice days when jobs needed doing around Molineux, rose to the challenge with an eye-catching brace. 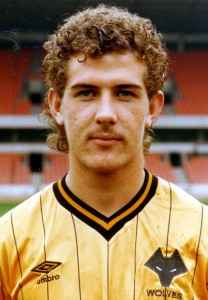 Derek Ryan....hero of the night.

The 18-year-old was referred to by his manager as ‘a bag of bones’ in recognition of his slender frame and said in the Express & Star afterwards: “I eat like a horse but it doesn’t make any difference.

“I have tried drinking a pint of Guinness a day. Now I have been recommended to try sherry and eggs to see if that will do the trick.”

Ryan had debutant trialist Kim Wassell for company up front and the long-time New Zealand coach Ricki Herbert took his place at right-back.

“Wolves defied all logic,” wrote the Express & Star’s David Harrison in his match report. “The big guns from Fleet Street, plus the two television networks, jammed in with the fans to see the Third Division leaders equal an all-time Football League best.

“Instead, they went away full of admiration for a Wolves side who broke Reading’s hearts and record dreams with a performance of outstanding courtage and willpower.”

Ryan, he said, brought a ‘deathly silence to the night of planned celebration’ as he accelerated away on to Andy King’s fifth minute pass and finished superbly to open the scoring.

Floyd Streete, Steve Stoutt and Nicky Clarke were impressive in McGarry’s sweeper system and Scott Barrett made some fine saves before the prolific Trevor Senior missed a clear chance on the hour.

But Reading were level six minutes later when Kevin Bremner chipped the keeper and Wolves’ resistance appeared to have been broken when Senior powered the home side in front from Stuart Beavon’s fine ball.

Ryan wasn’t finished, though. Undeterred by having a goal controversially disallowed, he crashed home a right-foot shot from 20 yards from Jon Purdie’s cross nine minutes from the end. 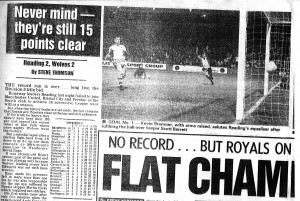 How the Reading Evening Post recorded the unexpected proceedings.....

The hero of the evening admitted afterwards he knew little about Reading’s pursuit of history, adding: “It was only on the coach going there that I saw it in the papers.

“You don’t think much about records when you are out there playing but it’s nice to get a couple of goals and make an impression.

“I had a third disallowed and no-one is sure why. Still, I’m satisfied with two and they will do my confidence good.”

Alas, the encouraging draw spelled no kind of lift-off for Wolves. They lost 3-0 at Bristol City three days later and Ryan scored only twice more in 1985-86. Wolves had just Swansea beneath them – and that only on goal difference – at the end of the season. Reading were crowned champions, seven points ahead of Plymouth.