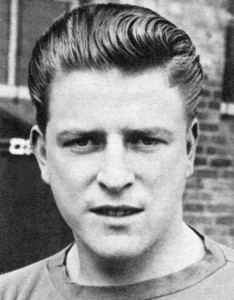 For the first time, to our knowledge, Wolves fans now have access to a complete, concise, chronological order in which all the players who have appeared for the club in League matches have done so.

It is a list that tells us, for example, that Netherton-born, turn-of-the-century forward Billy Wooldridge was the 100th player to represent Wolves, Noel Dwyer the 500th and another goalkeeper, Graham Stack, the 900th.

Please click on the ‘Ainscow to Zubar’ bar at the top right of the home page to view the result of several painstaking weeks of work that have enabled us to build the slightly overdue new section of our site.

The two players represent the start and finish, alphabetically, of the entire list of players who have represented Wolves in League football.

That roll call of the famous and not so famous appears at the end of the chronological list and reveals some interesting themes and oddities.

Among them are the fact that Wolves, in their long and illustrious history, have had 12 Smiths and a Smyth, 12 Joneses, eight Taylors and Williamses, seven Davieses and a Davis and seven Edwardses. They have even had a Gold (as well as a Gould), three Marshalls, a Knight and a pair of Kings, plus a Peacock, a Pheasant, a Cock and a Bull – oh, and a Rooney!

Our extensive research has also uncovered some surprising patterns as to the frequency with which League debuts have been handed out down the decades.

It may have been assumed that the huge increase in the number of substitutes and the inclination of managers to rotate their squads would guarantee that more new faces were seen these days than in bygone decades. And maybe that the changes would tend to be rung more in unsuccessful seasons, like when 19 players were introduced for the first time by the club in the relegation seasons of 1984-85 and 1985-86.

But Mick McCarthy blooded no fewer than 15 new players in Wolves’ latest promotion-winning campaign (2008-09), having given debuts to 20 in the first season after he was appointed in charge of a distinctly threadbare dressing room in 2006.

And Bill McGarry was even more sparing in handing out opportunities. Only six players were given League debuts for Wolves in 1969-70, two in 1970-71, three in 1971-72, four in each of the following three seasons and just five in the relegation campaign of 1975-76.

But there is evidence that contradicts the theory that successful Wolves sides hardly changed. Although Stan Cullis’s squad during the club’s glory years were relatively tight, the opposite was the case when greatness was but a fingertip away before the Second World War. 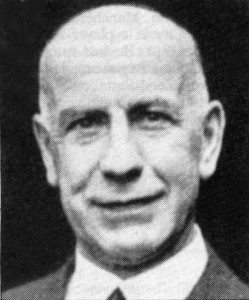 In the last season before the conflict, Major Frank Buckley blooded 13 new men – and that at a time when Wolves were destined to finish runners-up in both the League Championship and the FA Cup.

Fifteen debuts were dispensed in the League as the club won the FA Cup in 1907-08 and 17 the season after that.

So maybe squad rotation isn’t as new as we think!