McGhee On Merrington And McGarry 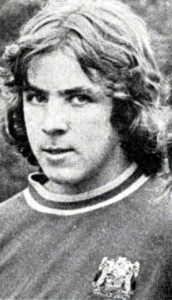 Sir Alex Ferguson’s impact on Mark McGhee’s career is well documented. What is less well known is that two other men with contrasting Molineux fortunes in their distant past also helped shape his football life.

Approaching a decade and a half on from his sacking at Wolves, it’s fair to say the Scot’s achievements in management have not lived up to the initial promise.

He is currently toiling away near the foot of League Two with Bristol Rovers, having served at Millwall, Brighton, Motherwell and Aberdeen since Wolves – and Reading and Leicester beforehand.

And there is a certain back to the start feel about his movements, an interview with Mark Leesdad in the Sunday Independent this summer revealing how McGhee’s travels took him to the West Country long before he made it as a player; into close contact with Dave Merrington, no less.

“Bristol City came about after a scout in Scotland recommended me to them,” he said. “I came down for a trial. I was 16 and enjoyed Bristol. City had a lot of Scots – Gerry Gow, Tom Ritchie, Gerry Sweeney – and that helped.

“Dave was fantastic,” said Mark. “He instilled in us the principles of what was needed to be a professional footballer, as much as developing us as players.”

Merrington was a coach under the long-serving Alan Dicks at Ashton Gate in the early 1970s and would later be recruited to Molineux as chief scout, although he didn’t last long. He vacated his post with the complaint that McGhee’s recruitment policy left him unsure as to whether he was meant to be shopping in Woolworth’s or Harrod’s.

The Scot was left in no such doubt in his teenage years. After two years at City, he was released without being offered a contract. He returned to Scotland and signed for Greenock Morton, where he thrived and averaged much better than a goal every two first-team games.

“I played for Morton in the very last game of that season,” he added. “It was the Dumbartonshire Cup Final against our local rivals St Mirren. All the coaching I’d received from Dave (Merrington), all the things he’d tried to get me to do…..it all came together for me and I was offered a contract.”

Thirty-seven goals in 64 League matches earned the striker another call to England. A £150,000 transfer brought him back across the border and he signed for Bill McGarry at Newcastle.

His debut came in a 2-0 win at Leeds and he scored in a 1-1 draw against Middlesbrough on his home debut. Four other entries on the score sheet followed but the Magpies were relegated at the end of that same 1977-78 season, a 4-0 pre-Christmas home win over Wolves not sufficiently helping their cause.

McGhee was subsequently hauled in by Ferguson at Aberdeen and was a star in the glory years at Pittodrie. He also had a sense of occasion. In his final game for them, he netted the extra-time winner in the 1984 Scottish Cup final and was back at Hampden a week later to win one of his four full international caps and net Scotland’s goal in a 1-1 draw with England.

Wolves’ tours to Austria and Germany in the late 1990s revealed that Graham Taylor’s successor as manager at Molineux was an accomplished German speaker. That ability came from his time with Hamburg.

“At the time, I had the chance to go to Tottenham and also to Italy,” he continues in the interview. “But Hamburg were the European champions, so the opportunity to go to a club at that level was too much of a temptation. 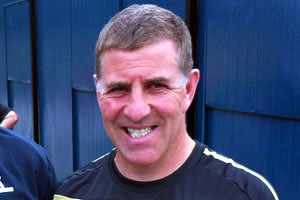 With a few of the distinctive grey hairs of his trade.......

“And the fact that the famous Gunter Netzer, their manager, had flown in by private plane and sat down with me over a cup of tea and a sandwich to say how much they wanted me, was irresistible.”

He spent around 18 months in Germany before joining Celtic and then Newcastle again. He was a success with both, so much so at Parkhead that he won the Golden Boot as top scorer in Scotland along the way.

McGhee’s playing career was outstanding and he knows where the praise for that is due. “It goes back to Dave Merrington, Benny Rooney at Morton and Bill McGarry, right through to Sir Alex, of course,” he says.