A New Set Of Milestone Men!

Don Spot On In Prompting Recount 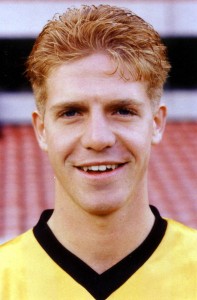 Well, we hoped this wouldn’t happen – but it has!

Many painstaking hours of research and checking went into the compiling of the fledgling ‘Ainscow to Zubar’ area of this website. But the new section was posted with a request from us that we would welcome news of any errors or admissions spotted by our readers.

And we’re grateful to eagle-eyed Don Noble from Coventry for doing just that, although it means we have been forced to effect a lengthy rejig.

Initially, the keen historian mistakenly thought we had omitted the name of Pat Bradley from the 950-plus players we have listed in chronological order, based on the date of their League debuts for Wolves.

On closer inspection of his own meticulous records, he came up with an alternative character who we had accidentally overlooked from the same 1920s era.

“Walter John ‘Jack’ Williams should be in there alongside Don Cock,” he writes. “The two of them made their debuts on the same day in the first match of 1927-28.

“It’s a bit confusing because there was a Len Williams, who played later in the season and is in the list a little lower.

There is a knock-on, of course, to our error. All players listed from Billy Richards onwards (he’s the new 308) move up a number and that means we have a whole load of new ‘milestone men.’

Our apologies to Keith Downing fans, for example – or ‘Psycho’ himself if he happens to have seen this – because he was not the 700th man, after all, to have played a League match for Wolves.

That honour belongs to Phil Robinson while Alex Scott features as the 400th, Scotsman Bobby Thomson the 500th, Colin Brazier the 600th, Ryan Green the 800th and Freddy Eastwood the 900th.

Don also pointed out that we have Shaun Bradbury too high on our list (he has now been relocated) and added: “It’s easy to make a mistake or two – in fact going through your list revealed a couple of errors I had made.

“I am checking to see whether everything tallies with what I have at this end.” 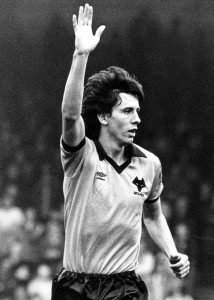 We will soon also be introducing some photos to the list, so please take an occasional look at what we described at the launch as a work in progress.

Our apologies for this bit of ‘teething trouble.’ We don’t like making mistakes but are happy to own up to them when we do. We would rather have this record spot-on for the medium and long-term perusal of our readers.

If you do still think our documenting of Molineux history is awry in any way, please contact us as soon as possible.