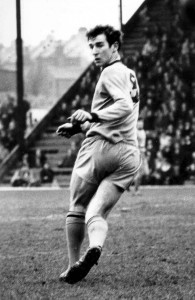 How’s this for an outbreak of strange goal-scoring patterns in Wolverhampton Wanderers’ colourful past?

Over Christmas of 1966, at around the mid-point of the club’s thrilling promotion campaign under Ronnie Allen, no fewer than five players netted three times.

Two of them – Terry Wharton and Bob Hatton – delivered in the first team while John Farrington, Paddy Buckley and Alun Evans did likewise in the reserves.

And the joy didn’t end there. The personal heroics lifted the two teams to the top of their respective leagues.

Wharton and Hatton each scored twice in the 5-3 Christmas Eve win at home to Derby – a game in which Alan Durban had given the visitors the lead after only 40 seconds.

Wolves, who had gone ahead through Dave Wagstaffe after 56 seconds of their previous game (away to Birmingham), and fallen behind in the second minute of the one before that (at Norwich), headed for the Baseball Ground on the Boxing Day.

And the 8,000 fans who reportedly followed them to the East Midlands must have felt they had to wait a lifetime to see a breakthrough. It was all of 42 minutes before Hugh McIlmoyle opened the scoring, Wharton and Hatton subsequently putting the game to bed.

Wolves went back to the top of the Second Division with their double over a Derby side who had just introduced a goal machine of their own, the newly-signed Kevin Hector.

McIlmoyle was a relative failure amid all this. He scored only two Christmas goals!

The reserves, meanwhile, were on the rampage in their festive double-header against Villa. They won 6-1 at Villa Park, where Farrington netted a treble, and 5-1 at Molineux, with Buckley then the hat-trick hero. 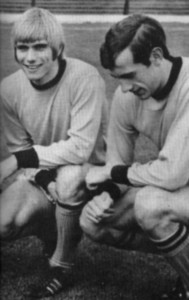 Remarkably, Evans, who was later to play for Villa, totalled three goals over the same two games as Wolves took over top spot in the Central League.

As if to underline the point that all good things come to an end, Allen’s first team suddenly hit a drought. Their next four League games brought them only one goal – that in a home draw against Carlisle – as they were deposed at the summit and temporarily left in the slipstream of Ipswich and Carlisle.