Gould To Manage The Wanderers! 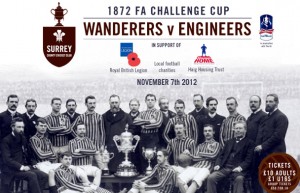 A match with a difference.....

Ok, it’s not THE Wanderers – the one for whom he scored 39 goals in 93 games across two spells in the 1970s. But Bobby Gould is back barking his instructions from the sidelines.

The colourful former striker is thrilled to have accepted an offer to take part in a prestige friendly with a difference at the famous Kia Oval cricket venue on Wednesday.

That’s when a re-match of the first ever FA Cup final is being played between the 1872 combatants, the Wanderers and the Royal Engineers.

One hundred and 40 years on from when the Kennington Oval staged the Wanderers’ 1-0 victory, Gould – an FA Cup winner himself as Wimbledon manager in 1988 – will lead the same club out.

“I was excited to be asked and am looking forward to the day greatly,” he said. “Our son Richard is the chief executive at Surrey County Cricket Club and I’ve had quite a close involvement in several ways with cricket down the years.

“I still play down in Somerset and was delighted to say I’d help out. Obviously the Kia Oval is much more synonymous with summer sport now but a football match there should be a lot of fun.”

True to form, Gould has embraced the idea enthusiastically and was in London to give his side a coaching session this weekend.

Both the Wanderers and Royal Engineers still compete in non-League competitions and money raised on Wednesday is being donated to the Haig Housing Trust, the Royal British Legion and other local football charities. 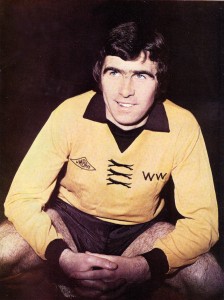 Bobby in a more familiar guise.

The November 7 match kicks off at 7pm and tickets cost £10 for adults and £1 for under-16s. Groups of ten can attend for a total of £50. All military personnel wearing uniform and able to show valid ID get in free. Please contact tickets@surreycricket.com or call 0844 375 1845 for further information.

The match has tickled the fancy of the media. The Hawksbee & Jacobs show on talkSPORT, the station for which Gould works, is going to be broadcast live from the ground on Wednesday from 1–4pm and BBC London will do likewise from 7pm–10pm.

Wolves’ first appearance in an FA Cup final – a 3-0 defeat against Preston in 1889 – was at The Oval. They then beat Everton 3-0 at Fallowfield in Manchester in 1893 in the first one played after the showpiece had been switched away from South London.