A Sort Of Look In The Mirror For Martin 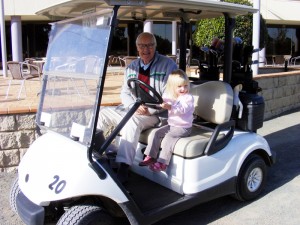 Out with the family! Dave Maclaren in Australia with little Scarlette.

Saturday, October 20: It’s always nice to hear of former Wolves players no longer in the area who want to stay in touch. Not for the first time, Martin Patching has made contact with us to order a book from Thomas Publications. It’s for his 54th birthday on the first of next month. He wanted to see what the Wolves version in the Daily Mirror’s excellent When Football Was Football series was all about.

Tuesday, October 23: Have had enquiries as to the whereabouts of Joe Wilson and Dave Maclaren – two of the 1960s Molineux stalwarts we have tracked down in Australia; one from a historian at another of Joe’s former clubs, Newport, and the other from a Wolves fan in Shropshire who knew Dave when he was at Wolves.

Friday, October 26: Sent a best-wishes text to Paul Cook on the eve of his first match as Chesterfield manager. I’m not necessarily holding my breath for an acknowledgement. I’m still waiting for one from when I sent the same good-luck message at the start of his spell as Accrington manager.

Saturday, October 27: Having seen Elliott Bennett performing on the pitch, bumped into Kenny Hibbitt while awaiting interviews with players after the Aston Villa v Norwich lunchtime game. Always a pleasure to renew acquaintances – besides, everyone always loves to discuss the referee’s performance.

Monday, November 5: Have turned the tables on John Richards by doing a Q & A job on him! Just as he was submitting his latest interview for this website (on Neil Emblen), we squeezed in an hour on the phone, so I could carry out some work commissioned by Backpass. Issue 26 of this outstanding magazine is due out around the end of November.

Friday, November 9: Read on the BBC website about the sad case of Michael Branch. The Liverpudlian forward, who was with Wolves from 2000 to 2003 after emerging as a teenage star at Everton, has been jailed for seven years after pleading guilty at Chester Crown Court to drug offences. Surely his football career, which he continued after Molineux at Bradford City and Chester, gave him the chance to do something much better with his life. 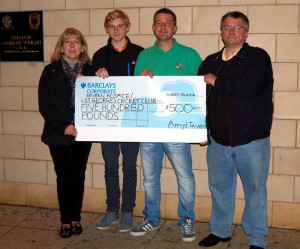 Sunday, November 11: Had lunch out with the family of Jim Heath, the wonderful late friend to us at Wolves Heroes and to many at the club. We were also delighted to act as go-betweens when his mates at Amy’s Tavern, the fans’ forum for which he used to write, collected £500 in his memory and we were able to generate some extra publicity for his two chosen causes – Severn Hospice and Telford-based St Georges Cricket Club.

Thursday, November 15: Had not one but two trips down Memory Lane on a visit to Albion’s training ground this afternoon. On the way into Steve Clarke’s press conference prior to the visit of Chelsea, had another of my regular unscheduled reunions with Keith Downing. On the way out, I was delighted to speak to Kevin Keen, probably for the first time in ten years. He was just waiting to go in for a Spanish lesson – yet more evidence that he is a guy with loads about him.