A Wolf In More Familiar Clothing 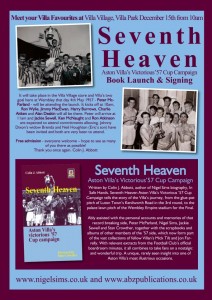 Sorry to spill so much claret on the page!

Peter McParland clearly isn’t content with just the appearance he made on the Match of the Day 2 closing credits last night. He’s now getting his hands on the FA Cup all over again as well.

The man whose goals for Wolves late in 1961-62 spelled the probable difference between relegation and survival is, of course, better known for his deeds across the patch at Aston Villa.

And, to underline the point, he returns to the West Midlands this weekend from the south coast base he has had for well over 40 years.

The Newry-born 78-year-old will be the star attraction at the launch of a book celebrating Villa’s 1956-57 FA Cup success – a triumph he sealed with two goals in the final against Manchester United.

Another of his major contributions at Wembley, though, was the infamous sixth minute shoulder charge which left Ray Wood with a fractured cheekbone and forced the United keeper off until just before half-time, when he returned to play on the wing.

No substitutes were allowed in those days and McParland, a former Northern Ireland team-mate of Derek Dougan’s, took full advantage of the lack of a specialist keeper by scoring twice in his team’s 3-1 victory.

The forward, an occasional commentator on Villa games on the club’s own radio station, is due to be joined this Saturday morning by the likes of Jackie Sewell and several men from the more recent past such as Charlie Aitken, Ron Wylie, Alan Deakin, Jimmy MacEwan, Harry Burrows and Ken McNaught.

He is due at around 11am, although the event – in the Villa Village club shop – is due to kick off around 10am.

Villa have offered the publishers use of their replica FA Cup for the launch of ‘Seventh Heaven’ by Colin Abbott. A professional photographer will be present, so visitors can be pictured with the famous silverware – or at least a close imitation of it! 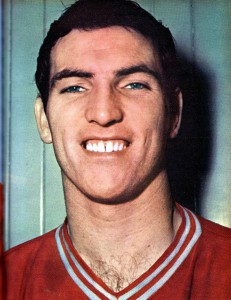 Abbott was also the author of the book that came out in the summer in celebration of the life and career of another former Villa legend with Wolves connections, goalkeeper Nigel  Sims.

His new title costs contains a nice twist for Wolves fans – Villa beat Albion by the only goal in the St Andrew’s replay of the semi-final, the first game having been drawn 2-2 at Molineux!

* McParland was part of a Match of the Day 2 compilation showing some of the changes football has undergone – over the decades – for better or worse. Clearly, the outlawing of the habit of barging keepers would be one of the more welcome developments.

** Please use the search engine in the top right to locate the previous stories we have posted about Peter.