Fifty Years Of Catching Up! 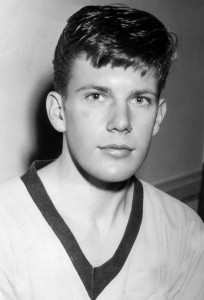 We at Wolves Heroes have started the year as we mean to go on by reconnecting two Molineux mates of well over half a century ago.

The long email interview we conducted on here with Alan Hinton nearly three years ago has had a belated and pleasant spin-off in the form of a festive message to us from a talented Cullis era teenager who sadly didn’t make it.

Ken Sill was one of those Alan referred to in his interview as a friend and has now himself come forward in the hope of speaking again to the man who went on to play not only for Wolves but also England, Nottingham Forest and Derby.

“A friend of mine saw me mentioned on the Wolves Heroes site, so I’ve taken it on from there,” Ken said. “Alan and I weren’t great friends but we played schools football together and obviously got on well when we were both at Wolves.

“We didn’t stay in touch after I left in 1962, so it would be lovely to have a catch-up after all this time, although I’m obviously aware of how well he did in the game.”

The good news is that Alan gave us the go-ahead from his home in Seattle to pass his contact details on, so Ken is waiting for a considered response to the email he has already sent.

So what did become of what Hinton referred to as one of the ‘super young footballers’ he grew up with at Molineux? We are happy to fill in the gaps here……

Sill, born in Kings Heath and spotted by Wolves scout George Noakes while playing schools football in his native South Birmingham, was signed by the then League champions in 1958. 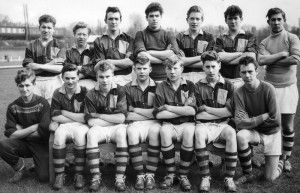 A blond-haired Alan Hinton, who was then nicknamed Blossom, pictured two in from the right on the front row. One further to the right is Ken Sill.

Having played in the same Birmingham County Schools team as Hinton, the inside-forward also partnered him in various Wolves sides as he progressed through the Wolverhampton Amateur League and Birmingham League.

“I played a few games in the FA Youth Cup in the year or two after Wolves won it,” Ken added. “I remember Stan Cullis going berserk when we lost 5-1 to a Villa team containing Alan Deakin and John Sleeuwenhoek but one of my better games was when I scored two or three when we put seven past Walsall.

“I think there was also a tie at Stoke in the competition and I well remember a smashing lad called David Oliphant, who was a very talented wing-half. David ‘Slipper’ Read was another good lad and I’d like to think I might have made more progress if the club hadn’t been as strong as it probably ever has been. My hero there was the player in the first team in my no 8 position, Peter Broadbent.

“I was so sorry to hear that Bobby Thomson and Phil Kelly had died. Bobby used to live in Sheldon and, because we had not got cars, Phil would pick us up and then go and collect Ted Farmer from the pub his parents ran in Dudley.

“The reserves was as far as I got. I remember facing Sheffield United in the Central League and going to Bury and Huddersfield but that was it.

“I became very disillusioned after Cullis told me I wasn’t required any more and you’re not at your most balanced at that age. I had an offer to go to Bury and somewhere else in the lower divisions. I still have the letters.

“But I’d just met the girl to whom I’ve now been married for 48 years, so I went and got a job at Cadbury’s. 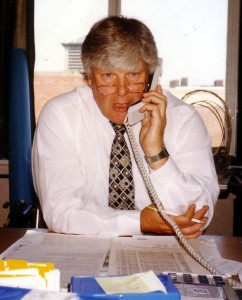 “I enjoyed playing in their teams as well in the various leagues. It was a good standard and it  helped with my job. In fact I remember playing during a storm for Cadbury’s against Lye Town at Molineux on the day a player called Tony Allden was struck by lightning and killed at Highgate. I remember that tragedy like it was yesterday.

“I had good jobs and went back as an agency worker after taking voluntary redundancy at 50. I spent another ten years there before doing some driving jobs elsewhere up to the age of 65.

“I am also very keen on cricket and still umpire in the Birmingham League, so sport has been very good to me. And Wolves left me with some very nice memories.”