Put That In Writing! 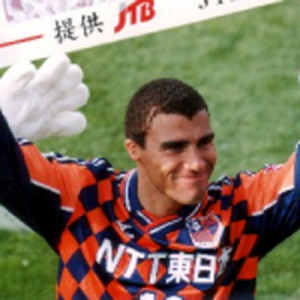 Mark Burke celebrates during his time playing in Japan.

Mark Burke’s varied talents have led him into a new opportunity in the media world.

The former Wolves forward has broadened his horizons in cyberspace by being appointed as the UK football manager of an American-based website.

We have previously publicised links to Mark’s work and suggest our readers click on http://www.football.com/en-gb/ to  take a look at what he’s up to now. He appears among their list of writers and should be found easily by spotting the action photo of him we have used here.

“It’s a new site, run by an English guy in Los Angeles, and I’ve been writing pieces for it for a few months now,” he told us in a Skype conversation from his home in Holland today.

“The articles tend to be on general issues in the game, like racial problems or the spread of the European culture on football in England. They aren’t specific to matches.

“They seem to like what I’ve done and they have asked me now to be their UK manager and select or recruit official bloggers for each of the Premier League and Championship clubs. Eventually, they might want to expand it to all the 92.

“So I’m getting busy now with my network of contacts…..I know plenty of people in the West Midlands through my time at Villa and Wolves, and I’m still scouting for Middlesbrough, where I played as well.

“Mick Gooding, for example, goes to all of Reading’s matches for local radio down there, so he’s the type I would talk to. 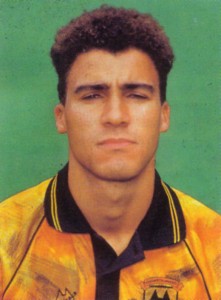 “It’s really an opportunity, though, for football fans who want to write rather than those who already do so for a living. There isn’t any budget for it at the moment but who knows in the future? They have big ideas with advertising on the site as well.”

Burke will be close to the action when the Champions League resumes this week. He and his family will be in Madrid on a few days’ break while Manchester United are facing Jose Mourinho’s Real at the Bernabeu on Wednesday.

But he has already decided he is likely to settle for a TV in a cafe rather than chase the hottest ticket in town.