Molineux Times That Span The Full Range Of Emotions

Phone calls aplenty from Essex to Cambridgeshire to Nottinghamshire – and plenty of chance meetings with Wolves favourites on our travels. But the highlight of our month has been right here in the Black Country. 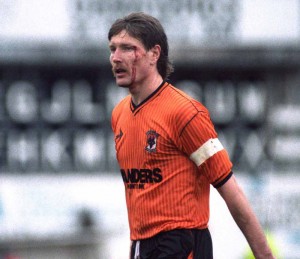 Friday, February 15: Filled in another gap in the life and times of the late Chris Crowe – a player I bitterly regret never having caught up with. Details of the former Wolves forward, who was also capped once by England, have not always been easy to come by, especially since his playing career ended. But a fascinating Backpass article on Jantzen Derrick, the first foreign import at Paris St Germain, reveals that he and his one-time Bristol City team-mate once ran a finance company in the West Country together.

Monday, February 18: Rang Essex and interviewed Gary Bellamy – one of the unheralded dependables of the renaissance years of the late 1980s – for an article for the Wolves v Cardiff programme this coming weekend. Gary was always one of the most approachable anyway but the passing of the years loosens the tongue yet further and he made for an interesting chat.

Friday, February 22: Coventry City may be enduring off-field problems of nightmarish proportions but their Former Players Association continues to put many others to shame. For their forthcoming seventh annual legends day, the turn-out is both star-studden and sizeable. Among the ex-Wolves players attending will be Willie Carr, Bobby Gould, Ernie Hunt, Graham Newton, Billy Rafferty and Brian Roberts.

Monday, February 25 Back on the programme beat – this time interviewing Dave Woodfield for the visit of another of his former clubs, Watford, to Molineux this Friday. We’ve struggled so far to get ‘Duggie’ back to this patch since he called time on his extraordinary globe-trotting but his ultra-professional ways remain ingrained in the minds of those who played with him.

Saturday, March 2: Witnessed a tale of three former Wolves wingers at the Stoke v West Ham game this afternoon. Watched Michael Kightly and Matt Jarvis on opposite teams (Jarvis was the more impressive, although both were eventually taken off) and had the company of Steve Froggatt in the press room beforehand. He was doing his regular Radio London slot.

Monday, March 4: Saw Kenny Hibbitt shortly before kick-off as he made his way to his seat for the Aston Villa v Manchester City game and just had time to check that he was going to the 1980 League Cup Final reunion next week. Also saw Peter Withe briefly in the press room and was interested to read in the programme that Guy Whittingham – twice a loanee at Molineux – was about to be joined in the Hall of Fame at Portsmouth by Ron Saunders.

Saturday, March 9: Saw Jamie Smith in the media suite before Albion’s home game against Swansea today. Jinky is now in the coaching team at The Hawthorns but wasn’t he sent off there once playing for Wolves? Or was that Ryan Green, or both?

Friday, March 15: Had a fabulous night at the League Cup reunion do at the Copthorne Hotel near the Merry Hill Centre. There were some disappointments among the absentees but the banter and stories still flowed endlessly. It’s always a delight to see old pals reunited for the first time in decades – notably on this occasion the likes of Norman Bell, George Berry, Colin Brazier and chief attraction Andy Gray. Hats off to Mel Eves for driving the whole thing along. 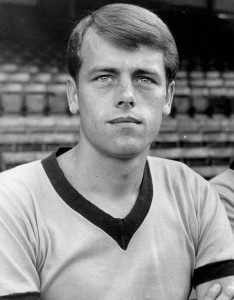 John Galley...recently back at the club whose colours he proudly wore.

Monday, March 18: Having been delighted to help secure tickets for my latest programme interviewee John Galley for Wolves’ home win over Bristol City, I was extremely saddened today to learn of the sudden passing at the weekend of Terry Bosi, the match-day host for the referees and his assistants at Molineux. Terry, himself a former top-flight referee, had been on duty on Saturday and was always a popular half-time visitor to our press room. This awful news merely underlines what he told me several years ago; namely that you should do things you want to do while you’re young enough and able to do them. He did. He and a friend went with their wives on one Ashes Tour of Australia a decade or more ago and prepared a special banner to say hello to their womenfolk when they returned there without them next time round.