Good Man! Goodwin Back For Good 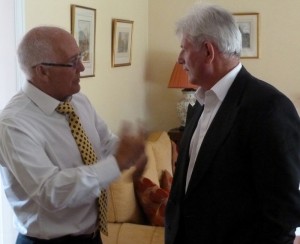 Freddie Goodwin has declared the ’emigration years’ over and moved back permanently to his Greater Manchester roots.

The former Wolves wing-half has spent a decade and a half of his post-playing life in New Zealand and also been resident in central France for seven years since last living in England.

But he and his wife have just sold up on the Continent and, at the age of 69, he has declared he’s back here to stay.

“There just comes a point, as you get older, when you feel it’s time to come home,” Goodwin told us. “I’ve thoroughly enjoyed my time overseas, for the warmer weather as well as for the job opportunities in the past.

“But, with family here and health care to think about in the future, it felt right to set up home again in England. I also have a pension from New Zealand which required a British address rather than a French one!

“It’s not as though all this is a step into the unknown, even if the snow and cold have been a bit tough to deal with! I was born here after all and spent the first few decades of my life here.”

Fred and his Kiwi wife of just over 20 years, Wendy, sold up near Limoges and drove back to England late last month.

They are currently in a rented flat in his home town of Stockport but are looking for a permanent arrangement and already have an offer in for a property. Hopefully, a visit to Molineux will follow before the end of the season, his discovery of some leisure time having been underlined by his first game of game back on British soil. 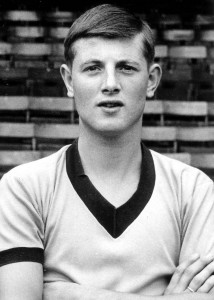 Goodwin as a youngster at Wolves.

“I moved to New Zealand for a coaching job in about 1980 and met Wendy when I was out there,” Goodwin added. “We then came back in 1996 because my mother was very elderly but then decided to set up in France.

“I feel lucky to have spent so much time in lovely parts of the world. We went to Samoa for a week with one of the clubs I worked for in New Zealand and I went to Australia twice as well as through America and several parts of Asia when I came home for five or six weeks at the end of a season.”

Down Under, he worked for Wellington-based Stopout, Hutt Valley United and Papatoetoe, always in the top division except for a spell in the second grade when he took Stopout down and brought them back up.