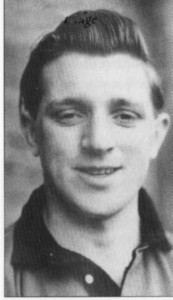 Another of Wolves’ links with the start of their glory years has been severed with the death of Bill Guttridge at the age of 82.

The defender passed away at the weekend, having spent seven years at Molineux, where he signed as an amateur in 1947 and as a professional the following year.

Although he played only seven first-team games for the club at a time when promising youngsters were much more inclined to bide their time in the reserves, he proved his worth by going on to make 210 senior appearances for Walsall, who he then served in a coaching capacity.

He was used in both full-back roles at Wolves and had a curious appearance pattern. His debut was in a 3-3 Christmas Day draw at Aston Villa in 1951, when his side recovered from 3-1 down, and his six League games for the club were in three batches of two at a time.

His last game in Stan Cullis’s senior team was in another spectacular West Midlands derby – the 4-4 Charity Shield draw against Albion at Molineux in the autumn of 1954.

Darlaston-born Guttridge, renowned as a fierce tackler and consequently nicknamed ‘Chopper’, was used exclusively as a stand-in left-back for Roy Pritchard in First Division matches. He joined Walsall in November, 1954.

Opportunities were predictably easier for him to come by at Fellows Park and he was an ever-present for what was left of that season.

He then made 32 League appearances in 1957-58, 37 the following season and 37 the season after that, the Saddlers’ title-winning 1959-60 campaign in the Fourth Division. When the club then went straight through the Third Division by finishing runners-up to Bury, Guttridge was disappointed to be restricted to 21 League and cup games, including Walsall’s first ever League Cup tie (a 3-1 defeat at Everton in October, 1961). In that season, he lost his place to another former Wolves man, Granville Palin. 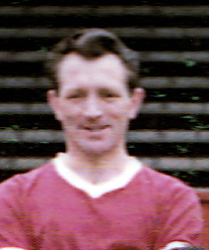 Among the former Wolves personnel Bill had as team-mates in his playing time at Fellows Park were Bill Crook, John Jarman and Alan Boswell.

He remained resident in the West Midlands after the end of his football career and was a regular at get-togethers of the Former Wolves Players Association.

He had spells managing Darlaston and Macclesfield and was a shop steward in the washing machine paint spraying department of a Darlaston firm for 30 years.