Make Sure Of Your Copy 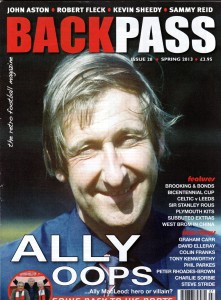 May we take this opportunity to put in a further strong word of recommendation for the outstanding football nostalgia magazine Backpass.

Issue 28, with a photo of former Scotland boss Ally MacLeod on the front cover, is now on sale and contains many references to former Wolves players, if not necessarily as the major part of articles.

There’s an intriguing case of what might have been regarding a player who was part of Everton’s team of mid-1980s League Championship, FA Cup and European Cup Winners Cup winners and who reveals he was courted at Molineux in the embryonic stages of his career.

Talking of talents those at Wolves missed out on….how about the ‘other’ Phil Parkes, who is featured across two pages? He was born in Sedgley, of course and was a boyhood Wanderers fan. But he went elsewhere to pursue his livelihood and played a colossal 344 League games apiece for QPR and West Ham after kicking off his career with Walsall.

Elsewhere, there’s mention of Andy Gray and Graham Taylor, the latter in an Aston Villa feature which also includes two controversial interludes in Derek Dougan’s colourful life while MacLeod’s appearance in the 1960 FA Cup final against Wolves, in which The Doog also played, has a brief airing.

Phil Chard, Willie Carr and Dave Maclaren are all seen on pictures of other clubs and there’s a photo of the famous Clarke family from Willenhall plus two letters or messages with Wolves connections – one from Graham Taylor, the other an interesting follow-up to the one John Richards recently sent to the magazine.

Many back copies are still available and further information can be gleaned from http://www.backpassmagazine.co.uk/ or by clicking on the advert on the right-hand side of this page. 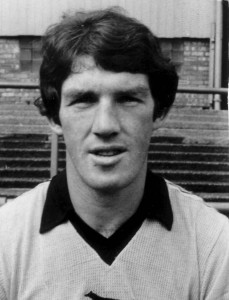 The 64-page glossy magazine costs only £3.95 and is available from most WH Smith high street and travel outlets, plus McColls shops and selected Sainsbury stores.

It is also on sale from souvenir salesman Kelvin Weatherer right by the subway outside the stadium tomorrow and Tuesday.

Issue 29, in a few weeks’ time, is due to contain a long feature with strong Molineux connections.