In Memory Of Frank 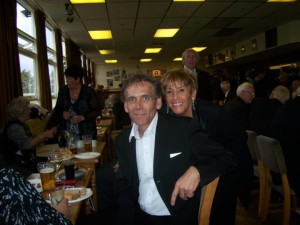 Frank Munro is to be granted his dying wish by having his ashes scattered at Molineux.

A blessing for the much-loved former Wolves defender is to be held on Friday, August 16, when members of his far-flung family descend again on the stadium at which he was a major crowd favourite for a decade.

The service will be conducted by the club’s Chaplain, Reverend David Wright, and Frank’s wife Margaret said today: “He always said he wanted his ashes scattered there, in order that he could act as an extra defender for the team!

“Our youngest son Stuart, who lives in Australia, has been particularly keen to see this through on behalf of his dad and will obviously be over for the gathering in a few weeks’ time.

“He was born in New Cross a few months after we moved down from Scotland and both he and his brother Grant went to schools in Wolverhampton, so they grew up with Wolves as a big thing in their life.

“Their partners, a granddaughter, my sister and her husband, and my niece are also due to be there, so is Naomi, who was Frank’s partner for a long while in his later years.

“He and I separated while we were living in Australia after the end of his playing career but I’m delighted we remained good friends because that made it much easier for the two boys. And I took him out a couple of times to visit Stuart’s in Melbourne.”

The service will be almost two years on to the day since Munro, who had been cursed by poor health for many years, passed away at the age of 63 in 2011. 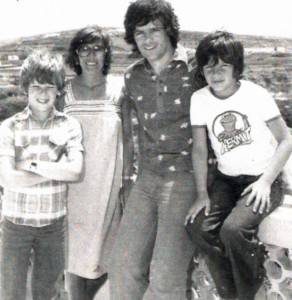 Footballer with the film star looks..,…Frank and family on holiday in Malta in 1977.

Signed initially as an inside-forward from Aberdeen after impressing for them with a hat-trick against Wolves in the final of the 1967 United States tournament, he was successfully converted to a central defender and made 372 first-team appearances for the club.

He also played nine times for the full Scotland team and had a less happy spell with Celtic before seeing out his career in Australia.

“I was back in Australia in January when Stuart decided the second anniversary would be the time to do this,” added Margaret, who is back living on Scotland’s east coast. “It is a family thing but I’m sure there are a few others, like some of his team-mates, who might like to be there at the service as well.”