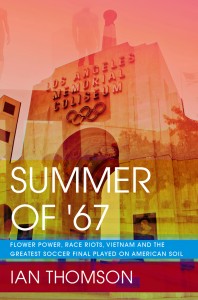 And the fact that the match is still a big story on the other side of the Atlantic is underlined by the publication of a new book on the tournament and its background.

‘Summer Of ’67’ carries the sub-heading ‘Flower Power, Race Riots, Vietnam and the Greatest Soccer Final Played On American Soil’ – an indication of what an impression Ronnie Allen’s side made on distant audiences in the wake of winning promotion back to the top flight.

The book is rich on anecdotes and harks back, in a summer in which Real Madrid, Inter Milan and Juventus head to the States to play in the inaugural International Champions Cup, to when ten teams from Europe and two from South America criss-crossed the Continent in a trail-blazing venture.

As winners, Wolves made a bigger impact than any visiting side and author Ian Thomson recalls the tournament’s creation and demise through memories from the likes of Terry Wharton, Martin Buchan, Bobby Clark, Peter Cormack and Terry Conroy.

Thomson, a 37-year-old Aberdeen-born writer now based in West Virginia, refers to how Wolves’ final opponents represented the Washington Whips and so had US President Lyndon B Johnson as a season ticket holder. There are other mentions of ‘the capers, the gimmicks, the celebrity brushes and the games that combined to provide players with the trip of a lifetime.’

Dundee United’s side were presented with cowboy hats, for example, before their game with Allen’s men in Dallas’s Cotton Bowl on July 9, 1967,  while Washington Whips president Earl Foreman preceded the do-or-die replay with Los Angeles Wolves the following night by making a promise to his adopted players – anyone who scored two goals would win the bright yellow jacket off his back. We learn that a jubilant Jim Storrie, formerly of Leeds, returned to the dressing room after waving his farewells to the crowd to find the garish item hanging in his locker.

The common perception these days is of players longing to put their feet up at the end of a tiring season and to travel only on family holidays. Things were different apparently almost half a century ago, even if many of the games were met with indifference by the locals.

“We didn’t want to come back home,” Wharton is quoted as saying. “The more we won, the longer we were out in Los Angeles. We were enjoying ourselves and had good spending money. The sun shone every day. We could do what we wanted after a bit of training, so it was lovely.

“The only person who was really keen on what we did was a policeman on his bike. I’d borrowed a car and he pulled me over and was going to book me. But he didn’t because I got him four tickets for the final.”

Thomson recalls there being some bemusement in the Aberdeen camp that the final was played in Wolves’ adopted home, the Los Angeles Coliseum.

He also says the Hollywood Park racetrack had become a popular attraction for Wolves’ players and staff, particularly as franchise owner Jack Kent Cooke allowed them to use his private box – situated next door to one belonging to actor Cary Grant.

“Allen was not averse to some leisurely time spent schmoozing with the stars either,” the author writes. “He had run a fan club for English pop singer Frankie Vaughan during his days as a centre-forward for West Bromwich Albion after the pair struck up a friendship when fitness fanatic Vaughan occasionally trained with the Baggies. The duo owned a share of a racehorse, fuelling an obsession that resulted in Allen also making frequent visits to Hollywood Park.” 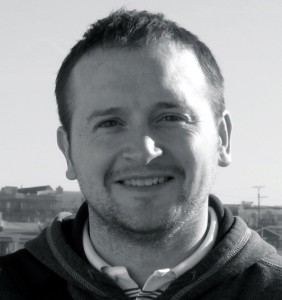 With Allen having given his players a few days off at one point after all their travelling and playing, Wharton and Ernie Hunt ‘took up an offer from some new American friends to book a $28 return flight for an overnight visit to Las Vegas.’ “They could not escape from the celebrity circuit as actor Clint Walker, famed for his role as cowboy Cheyenne Bodie in the Western television series “Cheyenne,” sat beside the players on the short journey,” Thomson pens. “Walker promptly invited them to an after-show bash celebrating the stage debut of Swedish-born actress and singer Ann-Margret Olsson at the Riviera.”

It’s great, nostalgic stuff – well worth a read for those with a yearning to learn more of a tour that was sky-high on curiosity value.