Golden Memories Of A Class Act 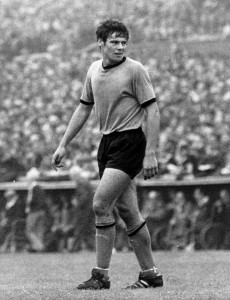 Frank Munro in action at Coventry relatively early in his Molineux stay.

Forty years ago, all the chat was about a home game against Norwich and the impending start of a season that was to end with McGarry’s Wolves as honours winners at last.

At Molineux today, many of those same players were fondly remembering those they have lost and coming to terms with the fact that the passage of time waits for no man.

On the second anniversary of the passing of Frank Munro, his family and friends converged from Scotland, England and Australia for a memorial service at the ground where he was so revered.

Former team-mates reconvened as well and more than half of the side who lined up against the Canaries in the opening game of 1973-74 were welcomed by a lone bagpiper amid a mood of deepened bereavement.

Only last week, Dave Wagstaffe lost his battle against illness and the feelings about his death are still raw. But footballers have as good a way as most with coping.

“You pay your respects but you have a bit of a laugh when you can as well,” said John McAlle, Munro’s partner in the centre of Wolves’ defence for hundreds of games in the 1970s. “Frank and Waggy would understand that. It’s how they would have been.”

From the tried-and-trusted members of McGarry’s rearguard, Phil Parkes, Gerry Taylor and Derek Parkin were also there. So, too, from further forward in the team – and in some cases a year or two later – were Mike Bailey, John Richards, Steve Daley, Barry Powell, Willie Carr, Steve Kindon and Mel Eves. Oh and Danny Hegan showed again that he well and truly remembers the way to Wolverhampton again now.

Frank berated Danny for missing Derek Dougan’s funeral six years ago after saying he was going. And Bailey’s admonishment of those around him didn’t totally cease with his handing-over of the captaincy to Munro in the Second Division title-winning season in which he himself headed to America. He has been known to continue keeping a fatherly eye on them in more recent times. 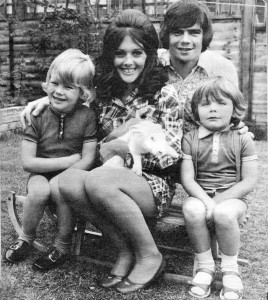 Richards, Parkes, Eves, Daley and Powell also recounted a fond, humorous memory of Frank when the gathering had moved to Sir Jack’s Restaurant after a service conducted by club chaplain Reverend David Wright on the track behind the goal in the shadow of the towering new Stan Cullis Stand.

Amid the warm late-morning quiet, with the famous Molineux clock facing us from on top of the stand at the far end, it was easy to imagine a heaving, swaying North Bank at our backs, with Frank clapping and cajoling as he broke up play with his immaculate timing, interceptions and tackles and redirected it towards the visitors’ goal with an elegant run and telling pass. He was a class act, all right!

There aren’t many tangible keepsakes from his career. At the League Cup final in 1974, he even gave away Denis Law’s shirt – the one he had exchanged with his own – to a disabled fan. Thankfully, though, his family and his long-time partner Naomi have always been photo album fans and there were some beauties for us all to pore over.

Four or five times after returning from the Australian adventure that marked and followed the end of his playing career, Frank headed Down Under on holiday, increasingly with difficulty as a result of the ravages of his strokes.

One son, Wolverhampton-born Stuart, who was the driving force for today’s proceedings, still lives in Melbourne. The other, Grant, plans to return to live there after ‘doing up’ and then selling a property in Edinburgh. He took four weeks off his job in 1999 for a trip back here and has yet to return! 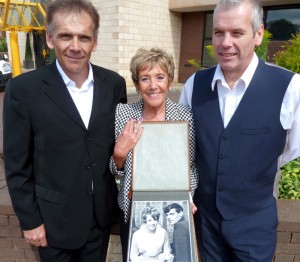 Back at Molineux today.....Margaret with Stuart (left) and Grant.

The lads may speak with Aussie accents but remember their boyhood trips to football in the town in which they were brought up – watching games from among the players’ wives upstairs in the Waterloo Road Stand and even the treat of a post-match visit to the dressing room, ‘huge bath’ and all.

Their mother Margaret, whom Frank never divorced, took him out to Australia a couple of times and wiped away a tear or two today during the 20-minute formalities that were watched by all his loved ones with great pride.

She’s now living back in Dundee but planning to return with her sons for Waggy’s funeral on Thursday; another sad reminder that the years are marching on all too fast.