From Yorkshire With Hope 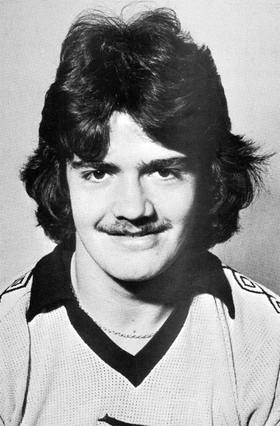 Time was when there were plenty of footballers who switched into white flannels come the summer to play cricket at the highest level.

There surely haven’t been many, though, who have had to decide between our main winter sport and rugby. One such was Ian Arkwright, from that fine crop of youngsters that rose to prominence at Molineux in the late 1970s.

It was with the round ball that the Willowgarth High School lad progressed furthest and he was very close to getting into the England boys squad that featured the likes of Ray Ranson and Terry Fenwick – “but I got injured in the last trial game.”

Ian was not a great spectator of the game and did not regularly watch any side. But, through his exploits as a player, he caught the eye of several clubs who wanted to sign him as an apprentice.

“I was attracted to Wolves on account of all the Yorkshire lads they had,” he added. “There was Steve Daley from Cudworth, the next village to me, Martin Patching and Alan Sunderland.  So I chose Molineux to sign as an apprentice, under Bill McGarry.

“I stayed in digs with John Humphrey, Mick Mathews and Mike Hollifield, who were all good friends. I looked up to Kenny Hibbitt, Willie Carr and Steve Daley.

“I signed as pro at 17 and made my debut as the substitute at home to Queens Park Rangers early in 1978-79. My first full game was against Nottingham Forest, where Peter Shilton denied me a goal with a great save. 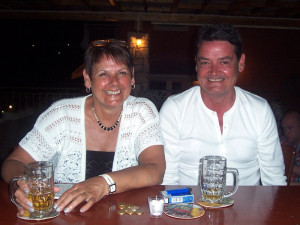 Ian Arkwright and sister in Greece earlier this year.

“My full home debut was against the Arsenal, marking Liam Brady. Not easy! At Middlesbrough a week later, I had a bad game and was dropped for the next game, against Manchester United at Molineux.”

And, with Sammy Chung being replaced as manager by John Barnwell a few weeks later, that was it in the Wanderers’ senior rankings for Arkwright.

In a side who were striving for survival, the likes of Daley, Willie Carr, Peter Daniel and Kenny Hibbitt were preferred for the midfield places and Wolves limped across the line in 18th place, with four clubs beneath them, before then setting their sights much higher.

“I got sold to Wrexham for £100,000 on the Friday before the League Cup Final in 1980,” Arkwright added. “That was a transitional period at Wrexham.

“Dixie McNeil, Joey Jones, Frank Carrodus and Ian Edwards were all coming to the end of their careers. I was soon the oldest player at 21! We got relegated twice.  But I did get to play against my hero, George Best, in Gareth Davies’ testimonial – against Wolves.”

All in all, Ian played 104 League games while at the Racecourse Ground and hit ten goals.

“Dave Webb took me to Torquay for a month and then I had a great year with HIK in Finland before I got a call from Finn Harps in Donegal, where I stayed for four years (eight goals in 94 games) and did my preliminary coaching badge.” 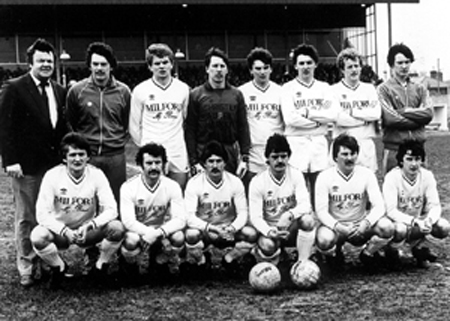 Arkwright, fourth from left on the front row, with Finn Harps in their cup final against Waterford. Photo courtesy of Bartley Ramsay (Finn Harps).

Upon retiring from the game in 1987, he returned to the Barnsley area and to the world of screen printing. He turned 54 in mid-September.

“I still love watching football but golf is my number one, playing off a handicap of ten,” he added. “I used to caddy for Steve Daley.”