Kindo’s Brush With The Best

A Hat-Trick Served Up On A Plate By George 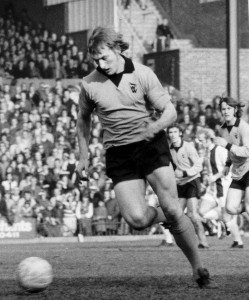 Steve Kinbdon, watched by John McAlle and Jim McCalliog, sets off towards the Crystal Palace goal at Selhurst Park.

It is 50 years this month since George Best made his Football League debut for Manchester United in a 1-0 home victory over Albion.

This momentous occasion and a multitude of other stories and events are covered in the latest issue of Backpass, about which more will be written on this site next week.

For now, though, by way of a tribute to the magnificent Ulsterman – a boyhood Wolves fan, don’t forget – we leave the stage clear for Steve Kindon.

Wolves Heroes were out in force last Friday at the second annual charity golf day staged by the club’s former players and we, along with all other guests, were richly entertained by The Tank.

Humour and mickey-taking form a large part of the former Molineux forward’s award-winning work at the mic but he was happy that we reflected his more serious side (well, briefly, anyway!) when he gave us permission to report his memories of the time he scored a hat-trick when lining up as a team-mate of genial George.

“George Best was the most skilful player I knew,” Kindon told the audience. “He played on all manner of pitches – in mud, in ice and snow and on surfaces that had no grass on them at the end of a season. And he played in an era when defenders kicked you!

“Harry Potts, my manager at Burnley, used to get two tickets for matches at Old Trafford but I wasn’t allowed to watch Manchester United. I was ordered just to watch George Best.

“I had to watch him at corners, watch how he found space, watch how beat opponents. I didn’t see United play that often but I probably saw George play 30 times. He was so good that I couldn’t tell you whether he was right-footed or left-footed.

“A direct comparison would be with Lionel Messi because they have an identical physique but I would give George the vote as the better player. Messi goes and plays with five other world-class players and nobody is allowed to tackle him because players get such protection from referees. We used to put two men on George…..we used to be gouging his eyes, grabbing his shirt, scraping our studs down his heels – and then the ball would come in!

“I played three times with him in testimonials, one of them for an International All Star XI against Manchester City in Tony Book’s testimonial. See if you can spot the odd one out in this team: Gordon Banks, Pat Rice, Bob McNab, Frank Munro, Emlyn Hughes, Alan Ball, Martin Peters, Bobby Charlton, the incomparable George Best and the fabulously skilful me. When we went down the tunnel, I was the only one I didn’t recognise!

“In a testimonial, you get the chance to show off a few party pieces. I didn’t have any. I was big, brave, I could run 100m in 10.7 seconds and I was fit. But I left the party pieces to the others. I had to. 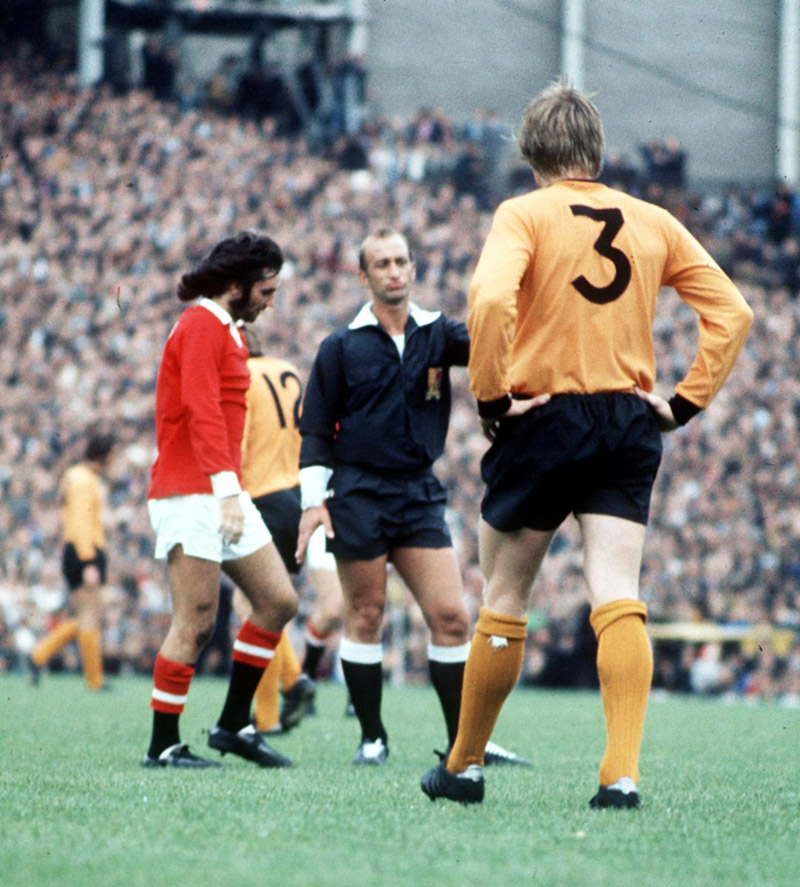 “George told me he was hated at Maine Road and said he hoped I could make his night easier. He just told me every time he got the ball, I should count to three and then run towards their goal.

“At half-time, it was Manchester City 0 All Star XI 3. I had scored all three and he had made them all. I could have had five because I also skimmed the bar and another shot was saved by the keeper.

“That was a night with George Best that I’ll never forget.”