Backpass A Must Once More 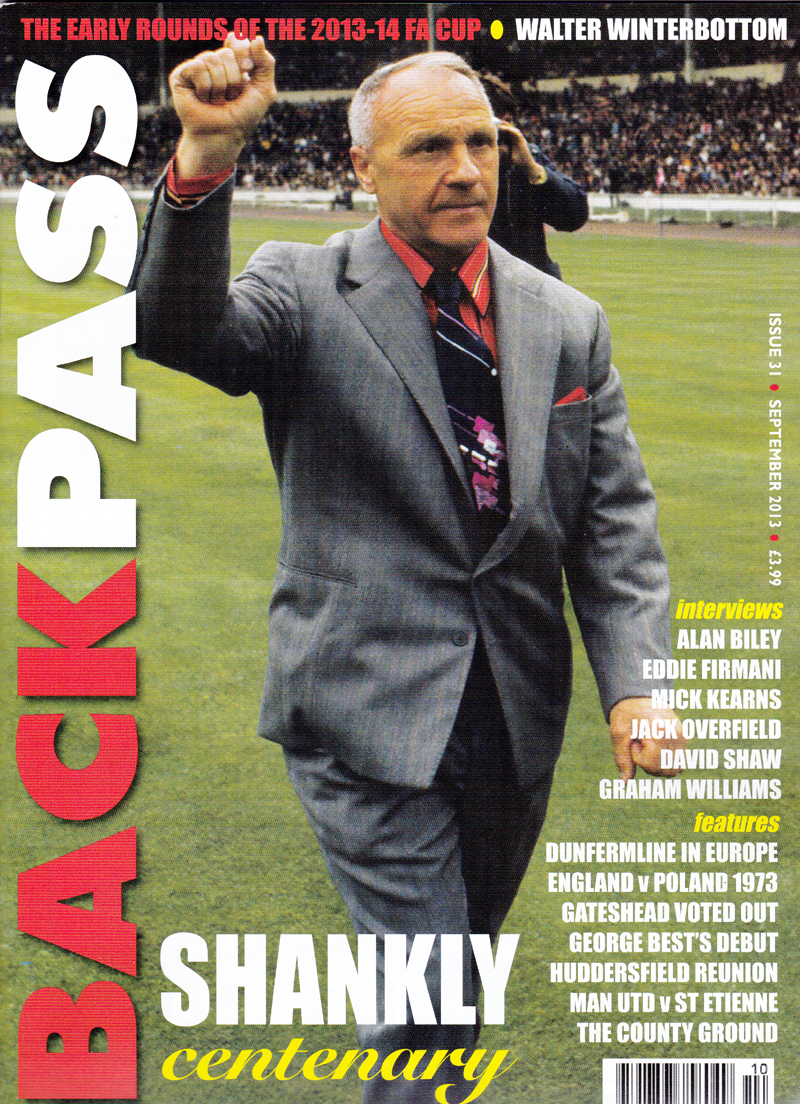 We make no apologies for once more publicising the many virtues of Backpass as issue 31 hits the shelves.

Wolves fans always seem to be well served by this high-quality nostalgia magazine and the latest offering is no exception.

On a sad note, Ivan Ponting – football’s top obituary writer – has written moving lengthy tributes to Dave Wagstaffe and Barry Stobart while, much earlier in the 64-page publication, there are Molineux twists amid the recognition of landmarks concerning George Best and Bill Shankly.

It’s 50 years ago this month that Best, a boyhood Wolves fan, made his Manchester United debut in a victory over Albion. Much less well known is the fact that one Graham Taylor, a Backpass columnist, played his first Grimsby Town game on the very same day – in a home win over Newcastle. That game at Blundell Park came the day before the former Wolves manager’s 19th birthday.

September 2 marked what would have been Shankly’s 100th birthday and an article by Stafford-based Phil Shaw tells how Andy Beattie, as Huddersfield manager, welcomed the charismatic Scot as his promising assistant in the mid-1950s. Phil had the company of a posse of former Huddersfield players when seeking an insight into the Yorkshire part of Shankly’s career, among them Mike O’Grady. He was one of the last signings of a man who became manager at Leeds Road in succession to mid-1960s Wolves boss Beattie.

A letter from a Coventry-based Wolves fan shares memories of the club’s first Football League game, as passed on to him by a relative, and there are also two pictures of a smiling Billy Wright – one from 1948 and one from just before his retirement in 1959 – in a long piece by the son-in-law of Walter Winterbottom.

Appreciative mentions of Dave Thomas and Billy Rafferty as Portsmouth players are made by their former team-mate Alan Biley and a brief reference to Mike Kenning in a Charlton piece is followed by a picture of George Miller in Dunfermline colours. 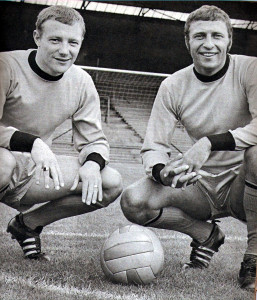 Mike Kenning (left) with Mike Bailey, a team-mate of his at Charlton and Wolves.

Graham Hawkins, in his role as Preston skipper, is shown holding aloft the Third Division trophy after a tense run-in to the title race in 1970-71 that featured North End and Fulham while Derek Dougan, the man who installed Hawkins as the surprise boss at Molineux in 1982, is seen along with Dave Clements on a back-page colour photo of the Northern Ireland squad from just before the 1969 Home Championship.

As if all that is not enough, there’s a feature stretching across the best part of two pages with the former Wolves and Walsall keeper Mick Kearns – one conducted by Dan Wheeler, who Midlands-based fans will know well from his work with BBC Radio WM. The article concentrates largely on the international career of a player who had set out on his senior football journey by replacing Jim Barron at Oxford.

The magazine is available from most branches of WH Smith but please click on the Backpass icon bearing John Richards’ photo on the right of this page for further details.