Towards The Cape For Horne

Des On The Move 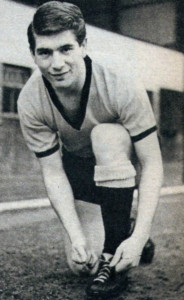 Des Horne in his Wolves hey-day.

Des Horne, now the only surviving member of the forward line in the Wolves side who won the FA Cup final in 1960, has moved back towards his roots.

Contrary to some reference books, the left-winger was born in Durban rather than Johannesburg and has moved back to the state of Natal after more than four decades in and around the latter.

“He used to have a lovely house on the outskirts of Joburg, with a pool, then moved about 100 miles out of the city to run a bottle store – or an off licence as we would call it,” said his Wolverhampton-based daughter Nicky.

“He ran the business with his second wife and my half-sister Natalie but it was a bit seasonal because it was in a small town in a touristy area.

“They also had a time-share place they loved in Natal, so they have now gone to live in that area, although it’s well out of Durban.”

The family still have strong roots in Blackpool as well as Wolverhampton, with Nicky born in St Anne’s while Des was playing for the Seasiders in the early 1960s. Her mum Jan, who is originally from the Tettenhall area, has run the Queens Cliff Lodge guest house on the North Shore for the last nine years.

Jan, who initially met Des by chance in the Claregate area and had a game of tennis against him as their first date, had a hip replacement earlier this year, so Nicky moved in with her for 12 weeks to look after her. Nicky’s daughter is also at college in the Blackpool area.

Des returned to Wolverhampton for the first time in nearly 40 years when Wolves Heroes caught up with him in the countdown to his 70th birthday in 2009. 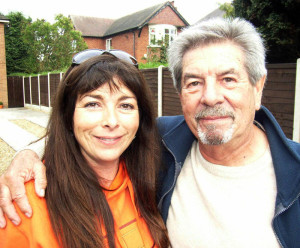 He and Nicky went more than 20 years without seeing each other after she and her mother had been unable to settle in South Africa and came back to England when she was four.

She then visited him, though, when she went out to Johannesburg twice in a couple of years in the 1990s.

Horne, who scored 18 Wolves goals, made his debut for the club at home to Nottingham Forest on the first day of 1958-59 but became established the following season and emulated Blackpool left-winger Bill Perry in coming from South Africa, establishing himself over here and playing in an FA Cup final.