A Prize Catch – And No Passport Required 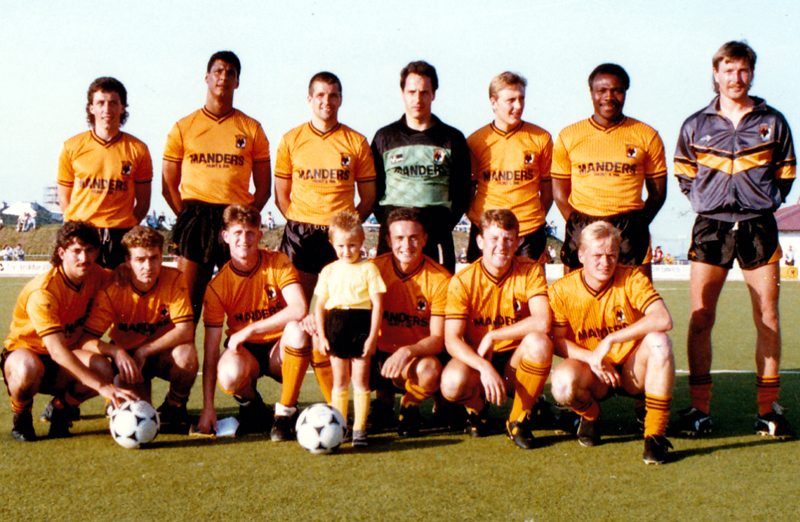 Not once but twice in the Graham Turner years, Wolves travelled to the holiday island off the north-west coast of Wales to prepare for Second Division campaigns – their first two back up, in fact, following their 1980s slide to the Football League basement.

Because of a combination of their own impoverished state and the fact they were hardly seen as a big draw, overseas trips were off the agenda for much of that decade, so much so that even a few days around the British coastline were a welcome break when they came along.

And one of the catalysts for their choice of destination was none other than Chris Evans, a man who was to play a huge part at Molineux for the best part of two decades with the signing and development of talented young players.

Prior to coming to the West Midlands to work, Evans was heading up the first football development programme on an island known by local Welsh speakers as Ynys Mon – the name that adorned the front page of a council-produced match programme for Wolves’ visit in July, 1989.

Evans, then 26 and not too long out of a playing career that had taken him to York and Darlington for substantial spells after unfilled stints at Arsenal and Stoke, was employed full-time by the council and was subsequently joined as a consultant by Mike Smith, the former Wales manager who had recently ended his three-year term in charge of the Egypt national team.

Wolves’ visit started just over two months after they had drawn at home to Sheffield United to secure the Third Division title and then wound up their programme with draws at Preston and Wigan.

“It’s a long way from Anglesey to the nearest League venue, so I decided to try to organise clubs to go there to play,” Evans said. “It was a way of entertaining youngsters who couldn’t otherwise see professional players.

“Sunderland, when Denis Smith was manager, Chelsea, Wrexham and Rochdale also visited us, as did schoolboy teams from Manchester United.

“I remember we had spent £600,000 on a synthetic surface, stand and floodlights, and the Wolves game was to mark the opening of the stadium. It attracted big interest and was a 3,000 sell-out, with some coaches bringing fans from Wolves.

“Welsh TV were present and it was the first pitch of its kind in the country. It was also the venue for the first international match on a synthetic pitch when Wales face Northern Ireland at under-19 level in a game that contained Gerry Taggart and Martyn Margetson.”

Evans was friendly with Mark Hughes dating back to when they had jumped on a boat to Dublin as 14-year-olds to play – and both score – for a North Wales under-15 side against their Irish counterparts at Tolke Park. The then Manchester United striker accepted an invitation to perform the opening ceremony in Anglesey. 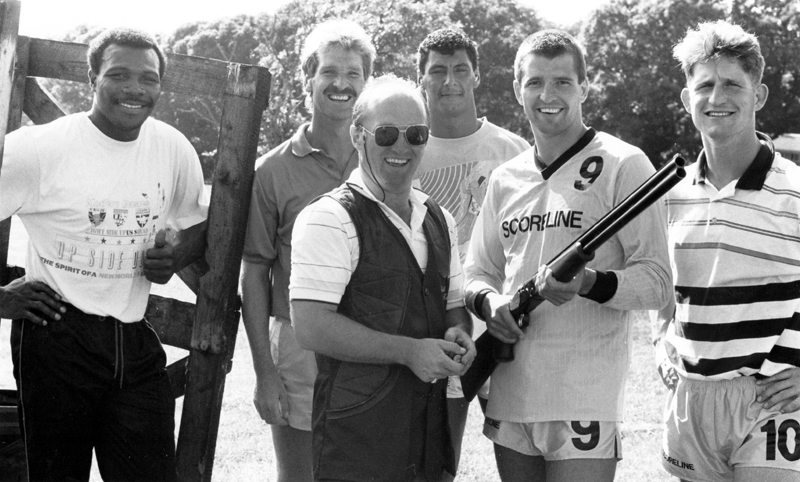 Wolves, for their part, had £400,000 worth of new talent in their squad, having signed keeper Tony Lange, centre-half Shane Westley and forwards John Paskin and Paul McLoughlin. Lange played as Mark Kendall was recovering from a second cartilage operation.

Any hopes the locals might have nursed of a surprise result at the Holyhead Stadium did not last long. In front of a VIP cast including Billy Wright and Wolves chairman Jack Harris, the Second Division new arrivals won 6-0.

After Westley had thundered a header against the bar, Steve Bull opened the scoring when turning to fire home in the ninth minute. Tim Steele soon raced through to make it two and, although Andy Thompson surprisingly saw a penalty saved, further goals came from McLoughlin, Steele, Westley and Paskin.

Anglesey’s representative side had Evans as their right-back. He marked Robbie Dennison but was left with a souvenir – a black eye sustained when temporarily having to shadow Steve Bull.

Respect prevailed, though, and no-one enjoyed the occasion more than the disabled son of Anglesey-based Wolves fanatic Aled Robertson, who was mascot for the night.

Evans was a significant football voice at the venue and had also played in the team who took the silver medal in the Inter Island Games, in which they were beaten by the hosts, the Faroes.

“We paid for everything when Wolves went to Anglesey,” he added. “We put them up in the Beach Hotel in Trearddur Bay, which is always a popular spot for visitors, and made sure they had the best facilities that were going. I contacted the Air Commodore up there and the squad used some of the facilities at RAF Valley, where Prince William has been assigned with his squadron in much more recent years.

“The weather was fantastic and Graham Turner loved it. They drove on the dunes once, went rifle shooting and Graham asked me to fix something up for a day off, so we took them to a championship golf course, where Floyd Streete hit a ball so hard and so off target that it went across two fairways.”

Anglesey obviously learned from the chastening experience. When Wolves went back there the following year, admittedly without Bully while he was given time off to recover from Italia 90, they were held to a 0-0 draw.

And so impressed generally with the island was Turner that he and his family subsequently rented a cottage there more than once. Maybe it was the day’s fishing Evans took him on, complete with picnic box and bottle of Chablis, that clinched it.

During one of the two Wolves trips, Turner also found time to take in a training session overseen by Evans with youngsters aged six upwards. He went back with his chief scout Ron Jukes, liked what he saw and took Evans full-time to Molineux with him.

Not the worst backdrop in the world for a training session.

Wolves later recruited several lads from the island, including Steven Owen, Andrew Macbeth and keeper Michael Innes, although the greatest catch – fishing trip or otherwise – was when Evans lured Wayne Hennessey from the area for the start of a high-profile career at Molineux.