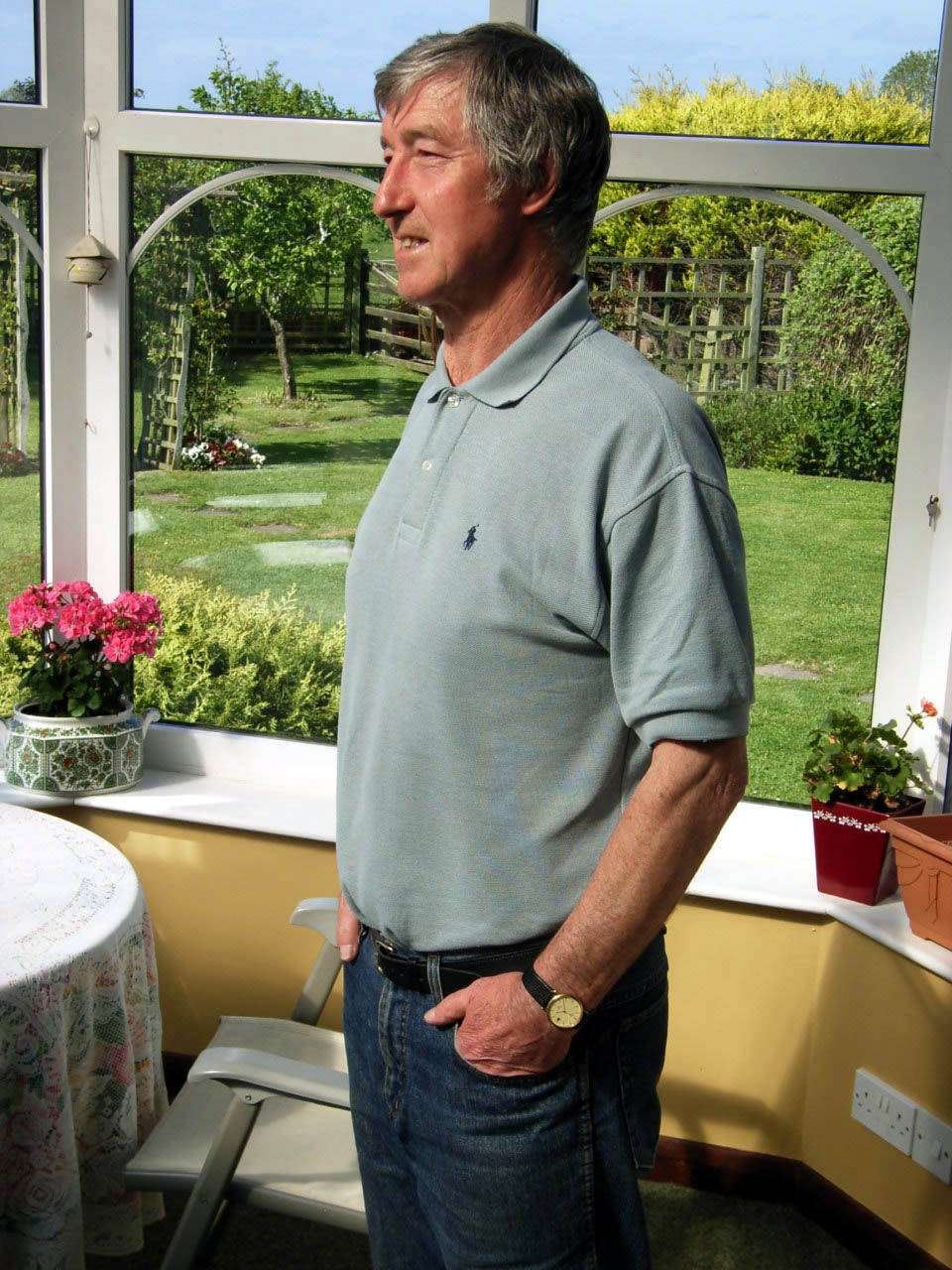 Hugh McIlmoyle in recent years at home near Carlisle.

Hugh McIlmoyle is trusting that his wait to see Wolves play at Carlisle will drag on for many more years after he was thwarted in his attempts to attend last week’s meeting of the clubs at Brunton Park.

The former Molineux goal machine is a regular at games at the Cumbrian outpost, resident as he is a few miles to the west of the town in the border country.

Having recently seen Carlisle embarrassed at home to two of his other former clubs, 5-2 against Leicester in the Capital One Cup and 4-2 against Bristol City in the League, he would have relished the 2-2 draw in which Wolves twice led.

But illness prevented him being there and he now hopes Wolves won’t be back on League One duty in the county in a hurry.

“I don’t think I’ve ever seen Wolves play up here, although I played twice for them in the fixture in the 1960s,” he said. “I’m told they hadn’t been up here since the 1980s and I would have been living in Leicester then.

“I was really disappointed not to see the game last week because the people up here say it was the best game we’ve had at the ground this season. I’ve seen most of the home matches but have my good days and bad days and wasn’t feeling great on Tuesday, which was also a bitterly cold night.

“I listened to it on radio and also saw the highlights on TV and don’t think I’ve ever seen a ball struck harder than that goal by Sako. I would love to have been there because the games when there is a big away support are the best for atmosphere and I’ll always be nostalgic with the sight of all that gold and black.

“I really enjoyed my two and a half years at Wolves and hope they can crack on from the good start they have made. It looks like they are going to be one of the front-runners for promotion.”

McIlmoyle played in a 2-1 Wolves defeat at Brunton Park in the Second Division in February, 1966, and a 3-1 away victory at the same venue the following September. He didn’t score in either game, nor in any of the two fixtures in that period against the Cumbrians at Molineux – a surprising fact considering his excellent record for the club of 45 goals in 105 appearances.

He is a huge enough figure in Carlisle history to have a statue at the ground and, at the age of 73, was saddened to hear of the passing of Wolves legends earlier this season.

Wolves defend in their game at Carlisle in February, 1966. Picture courtesy of the Carlisle Evening News.

“Our son-in-law lives in Leicester and saw on the Internet about Dave Wagstaffe,” he said. “I was so sorry to hear that news as we used to live next door to each other in Fordhouses. He also made plenty of my goals for me.

“I was there briefly with Peter Broadbent as well, although I think Barry Stobart had been sold to Manchester City before I arrived.

“I see Carlisle’s game at Wolves this season is on the last day. Steve Bull was playing the last time I went to Molineux. That’s how long ago it is. But if Wolves were gettting promoted this time, I would try and go down there for that one.”