Fleeting Wolves Chance For Kid With Goodison On His Mind

Charlie Bamforth prides himself on catching up with the forgotten Molineux names – and by no means only the most prominent ones – from decades past. And he has lived up to his reputation as a champion detective by tracking down another lad who was a hopeful at the club more than 40 years ago. 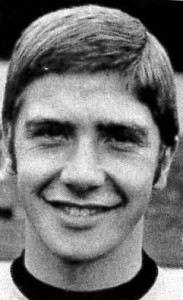 Gerry Farrell in his Wolves days.

There have always been footballing gold mines, places where you need only stroll through the local park to witness a rich seam of talented young players who, with the right polishing, can render artistic wonders on the field of play.

One such locale is Kirkby, the town close to Liverpool that became home for so many families emerging from the over-populated and tough environs of the big city.

In 1967, the Kirkby Boys team featured some real nuggets. Terry McDermott, Kenny Swain, Dennis Mortimer and John McLaughlin were all in that team.  At full-back, from St Kevin’s RC school, was another fine youngster by the name of Gerard Farrell, and it was he who captured the eye of Wolves. Truth be told, though, Gerry would have preferred to have made his way at Goodison Park.

“I was born in Everton and was always an Evertonian,” he said. “I was thrilled to sign for Everton as a schoolboy on the same day as David Johnson and I played for the junior teams but didn’t get signed on as an apprentice.

“So I went back to playing for a Sunday league team which was when Port Vale (managed by Sir Stanley Matthews) started to show interest. When Wolves came in, though, that put a different perspective on things, so I signed apprentice forms at Molineux.  My father inspired and guided me all the way.

“Ronnie Allen was manager – a real gentleman. But, only a year after I signed, he was sacked and in came Bill McGarry. That was a rude awakening! But he did sign me as a full pro in March, 1970.

“My best mate was Paul Walker, who was a bit older. I hadn’t seen Paul for 40 years before we met up again recently. I was in digs alongside Peter Eastoe with a lovely family in Wednesbury.

“Sammy Chung, Dave Maclaren and Jack Dowen were all great mentors. I was captain of a decent youth team that had several lads from the Liverpool area, like Eddie Gould, Alan Stephens and Dave Molyneux. It was memorable to be part of such a great club. They were lovely guys all of them: Bailey, Dougan, Knowles, whose retirement came as a huge shock to me, Parkin, Hibbitt, Richards, Wilson……I can’t remember any animosity.

“Before long, I got into the Central League team. I remember being a sub early on at Goodison Park. We were losing 4-0 and I turned to the coach – I think it was The Cat (Maclaren) – and says: ‘Hey, this is Goodison, you couldn’t put us on for the last ten minutes, could you?’ He stared at me. ‘No!’ was all he said. It was a great experience playing in that reserve side, though. I remember marking Peter Thompson at Anfield and Albert Johanneson at Leeds.

“Unfortunately, there was a bit of bother on a tour in Germany – all a bit innocent really – but I guess I blotted my copybook. So I got a free transfer. To be honest, it wasn’t really a surprise. Creeping doubts were coming in that I wouldn’t quite be good enough.

“Gerry Summers asked me to go to Oxford and I played in a cup final against Bath. It was one of the toughest games of my life and we drew 0-0 after extra-time. Next morning, Gerry told me that he was really looking for more experience.

“Ken Furphy asked me to go to Watford. He had watched me in my last game for Wolves Reserves against Forest.  I was making my way to Watford on the train when I read that Furphy had been sacked! 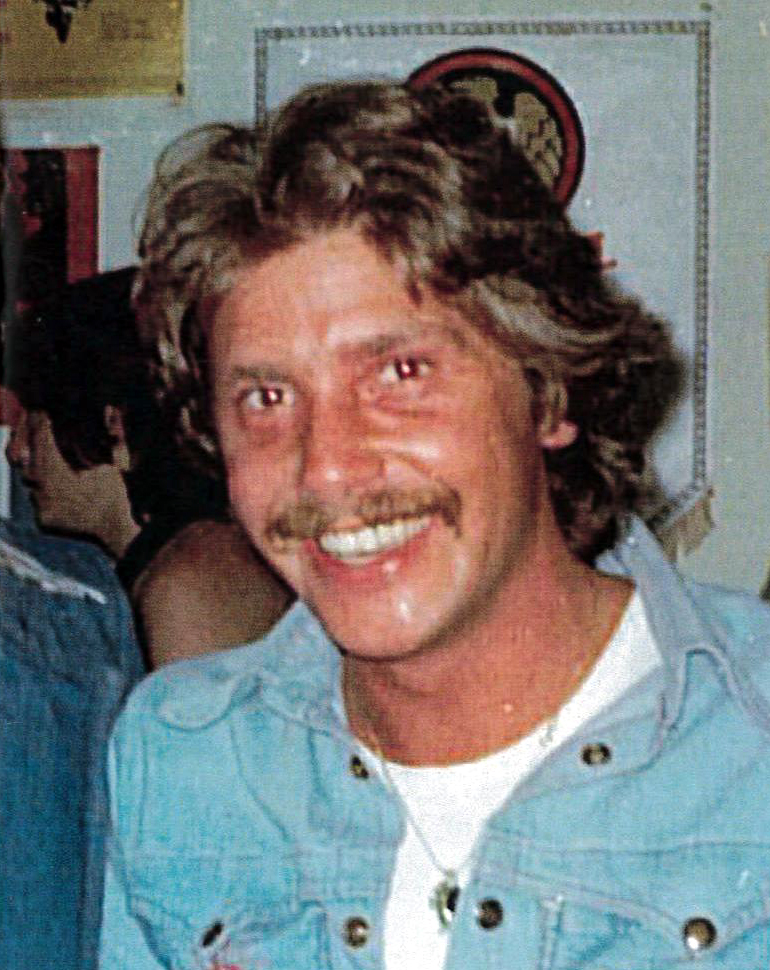 “I stayed at Vicarage Road for a couple of weeks but wrote to Furphy and told him that I wasn’t really happy down south – and he signed me for Blackburn in October, 1971.

“There, I played alongside the likes of Fred Goodwin. I have only really met great guys in football. Strong wills and tenacious characters, sure, but really good people.”

Farrell played 21 League games and made one appearance as a substitute for Rovers, hitting one goal. But he was soon on his way out.

“Doncaster and Hartlepool were after me but I felt like my career was going down the pan,” he added. “Then Johannesburg Rangers came in.  It was fantastic: we flew everywhere.  I played against the likes of George Best (actually, I had already done that with Blackburn) and with the likes of Bobby Moore and Geoff Hurst.

“Players would come out from England and play pre-season. I remember once playing against Hellenic and George Eastham was yelling at Budgie Byrne to get him off the f***ing pitch. Just afterwards, he hit the winner in the League Cup Final!

“I was there for five years. My best mate from Blackburn, Mick Heaton, was playing for Morecambe. I had just about stepped off the plane when he mentioned that Morecambe had a game the next night and I should take my boots. The manager there was Mick Hogarth and Mick Heaton urged him to put me in. South Africa was outside FIFA, so I could sign easily. In fact the referee signed the registration forms! 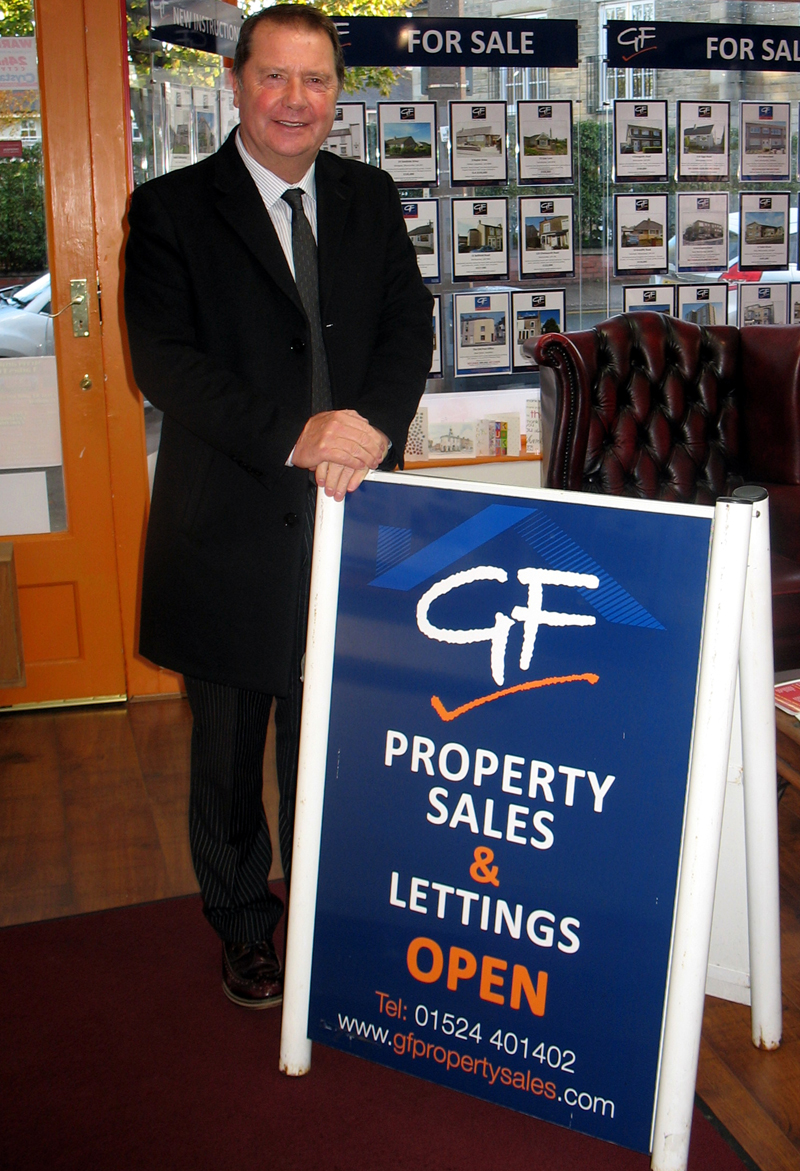 ….and in recent years with his business head very much on.

“I have lived in Morecambe ever since. I have had two Estate Agent businesses – the current one is GF Property Sales. I do some sponsorship of Morecambe FC and hope they do well – the manager and coach are Evertonians. But I still get to Goodison.”

* If any of our readers need a reminder of what Charlie Bamforth looks like – or would like to know what he sounds like – please click on the lengthy link http://us1.campaign-archive1.com/?u=339c4cb6129319ad0d9ff5b93&id=dbfd72bcd8&e=0f843498ed  or copy and paste it into your browser/header. As well as gleaning something about the beer industry, you will then appreciate that this Californian-based Wolves fanatic has not lost his Lancashire accent.