A Word To The Wise From Legend

In recent months, we have found ourselves exchanging several morsels of information with our counterparts on the www.bluekipper.com website – one that handsomely serves the misty-eyed needs of Everton supporters. And we are grateful to them for providing the backbone of this story on one of football’s most famous brothers….. 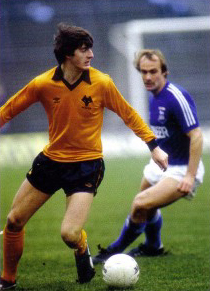 Clarke in action against Ipswich.

Wayne Clarke has revealed how his early career was touched several times by a man who climbed to the top of his profession.

The skilful forward was a mere lad of 17 when two of his first three games brought him into opposition with Ipswich – and the legend who had already managed his older brother Frank.

He was handed his Wolves debut by Sammy Chung in the final game of 1977-78 when he went on as a substitute for Mel Eves in a 2-1 victory sealed by a brace from Billy Rafferty.

And his first League start came at home to Ipswich the following autumn after making another substitute outing, this time in place of Kenny Hibbitt in a 3-2 defeat at Southampton.

“We were beaten 1-0 but I hit the post,” Clarke recalled. “I always remember my mum and dad were there and we went into the boardroom and Bobby Robson was in there. He took our Frank to Ipswich in the early 1970s and also he had managed our Allan for a brief period at Fulham.

“He said: “I thought you played really well today and I will look forward to watching your career. I know you were beaten today but don’t be too down-hearted. When I made my debut, we lost five.

“That’s one thing that always stood out with me about Bobby…..he had such high regard for the family even in those days.”

Wayne said in the bluekipper interview that he felt under big pressure as a youngster because he was the only one of the five who played for England Schoolboys. He also grew up amid reports from the age of eight or nine that he was going to be a star and frequently had Allan singing his praises at the height of his own magnificent career.

So how did he come to follow older brother Derek in signing as an associate schoolboy at Molineux?

“To be honest, I had trials pretty much everywhere from Arsenal to Liverpool and Manchester United. I also went to Villa and Birmingham but I was a bit of a home bird even in those days,” he added. 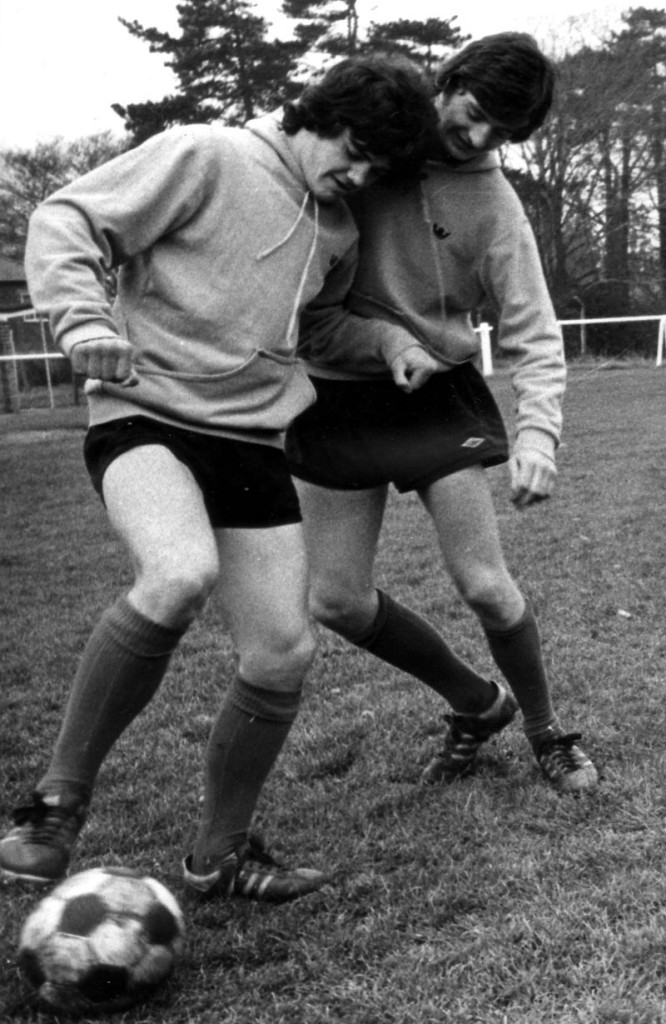 Wayne (right) in training at Castlecroft.

“One person decided it for me – the lovely chief scout at Wolves, Joe Gardiner. He lived and breathed Wolves. He would have married the club!”

As for those international ambitions, he also received youth recognition with his country but said: “I was called up for England under-23s when I was at Wolves and to the B squad when I was with Birmingham. But I was injured at the time and the chance never came around again, which was disappointing.”

Clarke describes his Charity Shield winner for Everton against Coventry in 1987 as one of his career highlights and is also revered at Goodison for a winning goal at Anfield and the brilliant 40-yard chipped strike that set up as victory at Arsenal and took Howard Kendall’s side to the top of the table in their title-winning era.