Back In Work – And Flying! 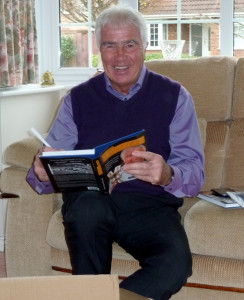 Sunday, December 1: Was delighted to renew acquaintances with Chris Evans as he was getting ready to depart to watch Derby’s Championship victory at Wigan today. Chris still lives in the Wolverhampton area and his outstanding work on the Academy side here for many, many years has just been further rewarded by his recent appointment as the Rams’ head of football operations. Was even more pleased at teatime to hear that his new club, where Paul Simpson has also recently pitched up, had registered a fine 3-1 victory.

Tuesday, December 3: As helpful as ever, Bobby Gould dropped by after visiting his former Welsh number two Graham Williams up near the North Wales border to oblige us with a signing session at the house, so we can try to clear some more copies of his autobiography 24 Carat Gould. Must admit we were a little envious when told Bob is to again spend some of the winter at his son Jonathan’s place in New Zealand.

Saturday, December 14: Oh dear…….a year or two ago, I thought I was lucky in picking the right Wolves home games to attend. This season, I have been nothing like as unfortunate and this afternoon’s defeat against MK Dons continued the sorry trend. Andy Thompson was also present to tell his listeners on Free Radio where and why it had gone wrong.

Tuesday, December 17: Returned from a Christmas lunch out with various members of the Wolves media team and other departments to learn via email from friends on the other side of the Atlantic that former Molineux midfielder Carl Robinson had been appointed in charge of Vancouver Whitecaps. Good luck to him! The club are nothing like what they used to be, with stability and patience in very short supply in recent years.

Thursday, December 15: Popped into an office on Newport High Street to introduce myself to the daughter of Richie Barker. We have been contacted by a player from Richie’s distant past – from his Shrewsbury days, in fact, some years even before he followed John Barnwell to Molineux – asking us if we can reconnect them.

Saturday, December 21: Was pleased for Keith Downing, in his role as Albion’s caretaker manager, that his substitutes made a difference and one of them, Matej Vydra, came up with the late goal in the Premier League draw at home to Hull. It must have been a tough week for him following the sacking of Steve Clarke, especially as Kevin Keen – like Downing, a former Wolves midfielder – went also. Now he will spend Christmas wondering whether he will have his job for long into the New Year. The game had dawned on a sad note with news of David Coleman’s death at the age of 87. As well as being the holder of an OBE and an iconic figure in the lives of so many sports lovers, he was particularly well known locally through his work with Wolverhampton & Bilston Athletics Club and his address at a Save The Wolves meeting at the Civic Hall in the mid-1980s. Talk about magnetic and charismatic! In a highly-charged atmosphere, his words made the hairs on the back of your neck stand on end. 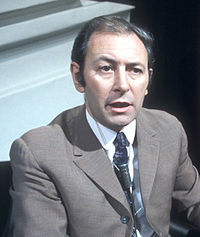 David Coleman, pictured in his pomp.

Sunday, December 22: Was saddened to be alerted to an Express & Star piece announcing the death of a member of Wolves’ team of 1953 FA Youth Cup finalists. Our thanks go to Brian Punter, the right-winger in the first leg of that two-leg final defeat against Manchester United, for making sure we had heard of the passing of Henry ‘Harry’ Smith, who was apparently raised in the Springfields area of Wolverhampton and was a pupil at the Wolverhampton Technical High School. He was an outstanding athlete, winning the English Schools Athletics Championship 440 yards event and scoring all three goals in that final. He reportedly pursued a career in architecture after his Wolves stint and played part-time for Kidderminster and Bromsgrove.

Tuesday, December 23: Right, just time to wish our faithful followers a happy, healthy and six-point Christmas! We hope to be back on Boxing Day, match or not, and at the usual three-day intervals thereafter.