From Chesterfield With Eric – The Magic Of Memphis 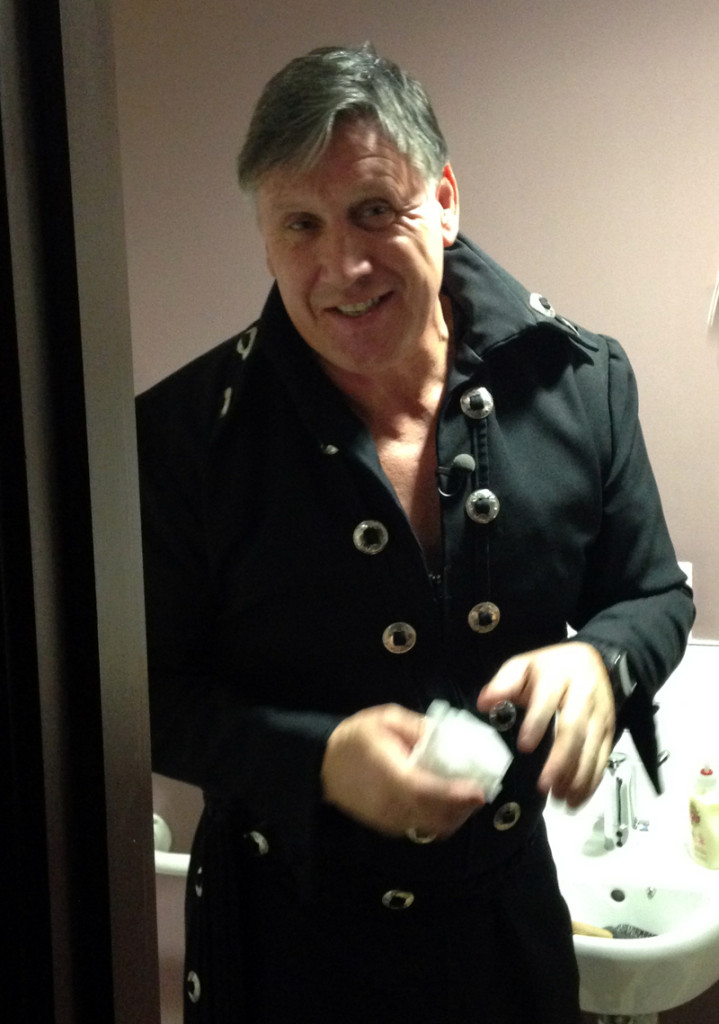 Elvis has entered the building……a last dab of make-up for ‘The King’.

We’ve all heard the platitudes that routinely come when a new signing arrives at a club…..predictable phrases such as ‘he has got two tidy feet,’ ‘has a really good engine’ and ‘not afraid to put his foot in.’ But how often is a welcome accompanied by the compliment ‘He does a great Elvis impersonation’?

The praise came from one former Wolves man about another – at a club where a third Molineux stalwart is in the manager’s chair. And the big build-up proved justified last night when the star attraction belted out the numbers at a sell-out function.

Taking centre stage as ‘The King’ was Eric Nixon, who had them rocking at his Elvis tribute night at Chesterfield, the club where he now works as goalkeeper coach.

Among those in the audience of around 250 were manager Paul Cook and chief executive Chris Turner, the latter having seen the former Wolves loan keeper performing his routine at Sheffield Wednesday and revealed this hidden talent when the pair were reunited at the Proact Stadium last summer.

With the Spireites having won 3-1 at Northampton yesterday to strengthen their bid for automatic promotion from the basement division, there was a mood of celebration as Nixon gave it the full treatment – right down to his black hair spray and his outrageous £500 suit.

Not that he is a newcomer to booming out the classics of past decades. He has an agent to handle such bookings, many of which are charity-orientated.

Tickets last night were £15 each but the cost did cover pie and peas – a touch that was definitely more North Derbyshire than Memphis or Las Vegas.

And word of the 51-year-old’s other talent is set to spread. The gig was filmed by Sky for broadcasting on their Soccer Saturday programme in the next week or two.

Around £4,000 is thought to have been raised from the evening, which included a raffle and an auction. It is to go to Chesterfield’s academy – a cause no doubt close to Turner’s heart following his excellent work on the youth side at Wolves in the 1990s.

Surprisingly, the Molineux careers of Nixon, Cook and Turner did not coincide. Nixon spent time on loan at a then Fourth Division Wolves early in the 1986-87 season, the last of his 16 games coming on the day Steve Bull made his debut against Wrexham, while Cook was here from 1989 to 1994 and Turner from soon after that to 1999. 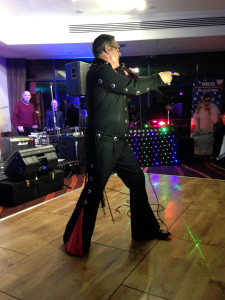 Eric Nixon making sure there are no ‘lonesome tonight’ blues at the Proact Stadium.

With a nod to the on-field career he pursued until the age of 39, there was talk last night of whether Nixon would sing Glove Me Tender.

And that set us thinking of a few of the numbers he might go for if ever he played at Wolves……old favourites perhaps like Hound Doog, Viva Las Venus and, of course, Return To Pender.

* Our thanks for the pictures and information (but not the poor jokes) that make up this feature go to Sky Sports’ Nick Johnson, who was also on post-match interviewing duty at Molineux yesterday for Wolves’ win over Bristol City.