The Other Workplace Which ‘Knocker’ Graced 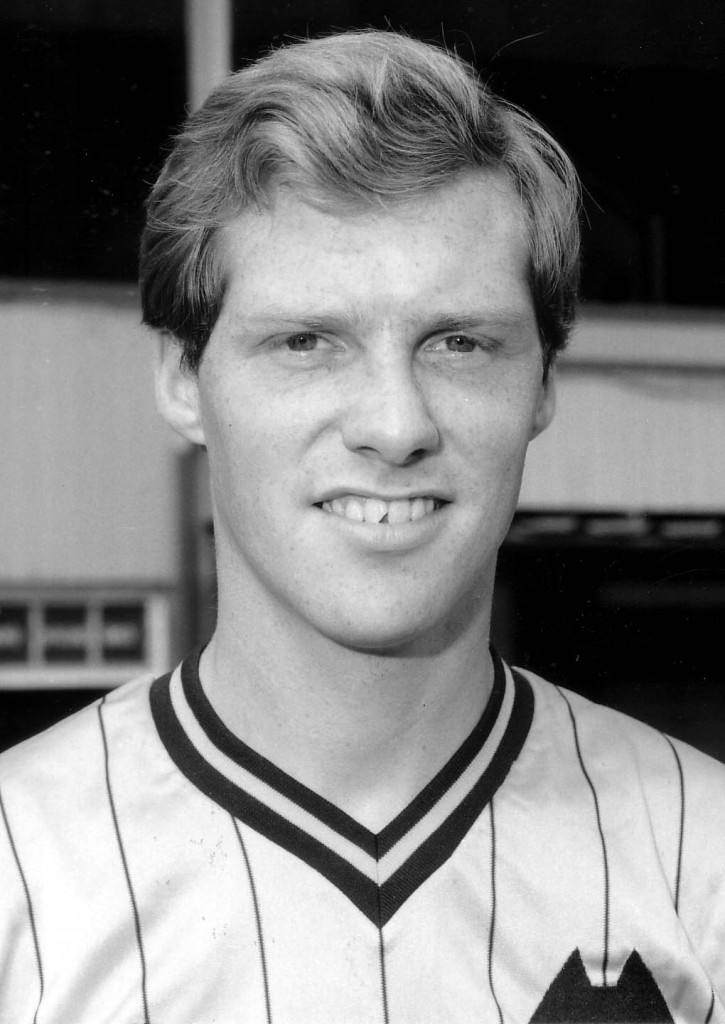 Bob Coy – in the picture.

Saturday, December 28: Came by some nice photos in an on-line archive of Wolves’ draw at Sheffield Wednesday early in the 1982-83 promotion season and enjoyed emailing them to Bob Coy and Mick Matthews. As a defender, Bob would have gleaned extra satisfaction from seeing himself prominently featured in the goalless stalemate. Graham Hawkins’ side were something of a mean machine at the time, having gone no fewer than eight Second Division games in a row without conceding.

Monday, December 30: Trips to Marks & Spencer are not the same now Peter Knowles has retired. Reluctant shopping excursions into Wolverhampton used to be brightened if there was a chat going with the city’s most famous shop worker. I had to be satisfied today with leaving a best-wishes message to be passed on to him by his wife Jean, who is still employed in one of the ladies’ wear departments.

Tuesday, January 7: The rich tapestry of Knowles’s life was part-woven by his act of once kicking the ball out of Portsmouth’s ground in celebration of a ground – and being sent the bill for it. In doing some research in the archive library in Molineux Hotel today, I stumbled across details of a much lower-key Wolves visit to Fratton Park. It was a friendly, played on FA Cup fourth-round day after both teams had been knocked out – Stan Cullis’s side at Arsenal – and it was the identity of the scorers that caught my eye. Ron Saunders, who was destined to lead Manchester City out against Wolves in the League Cup final just over ten years later, netted both for Second Division Pompey and Wolves’ reply in a 2-1 defeat that clearly didn’t impress the Express & Star’s Phil Morgan came from Portsmouth-born Ray Crawford.

Saturday, January 11: Had Graham Hughes enthusing over Wolves v Preston being a ‘proper’ fixture as we met prior to the club’s first home game of the New Year. A pleasure it was, too, to witness a commanding victory that hinted at an important corner being turned. Not that Graham is totally happy……he still thinks the National Football Museum should be housed, as it was, at Preston’s Deepdale home, rather than in Manchester.

Tuesday, January 14: Bumped into Paul Blades at the funeral in the East Midlands of my former Derby Evening Telegraph sports editor Gerald Mortimer. Wolverhampton-born boyhood Wanderers fan Roger Davies and any number of other sporting luminaries such as Roy McFarland, John O’Hare, Rod Thomas, Bob Taylor (the England and Derbyshire wicket-keeping version rather than any Albion namesake!) and Test selector Geoff Miller were also present. Long after my leaving the East Midlands, Gerald would greet me at games between Derby and Wolves with chat about the ‘proper’ (there’s that word again) club I now covered after he had me following Notts County all over the country for two and a half years.

Monday, January 20: Enjoyed having a decent chat with Graham Taylor, who showed his characteristic good manners in getting in touch in response to an email I’d sent him on behalf of a Black Country-based sports club. They requested him on a paid speaking assignment but he explained that he needed to give football his full attention after being sidelined for more than half the season following two major knee operations. He politely enquired as to how Kenny Jackett, one of his former Watford charges, was getting on in the seat he used to occupy and said he had no regrets at not being part of the BBC radio entourage at this summer’s World Cup finals. He is, in fact, shortly to attend a game for the first time this season – I understand at Albion’s Hawthorns clash with Liverpool. 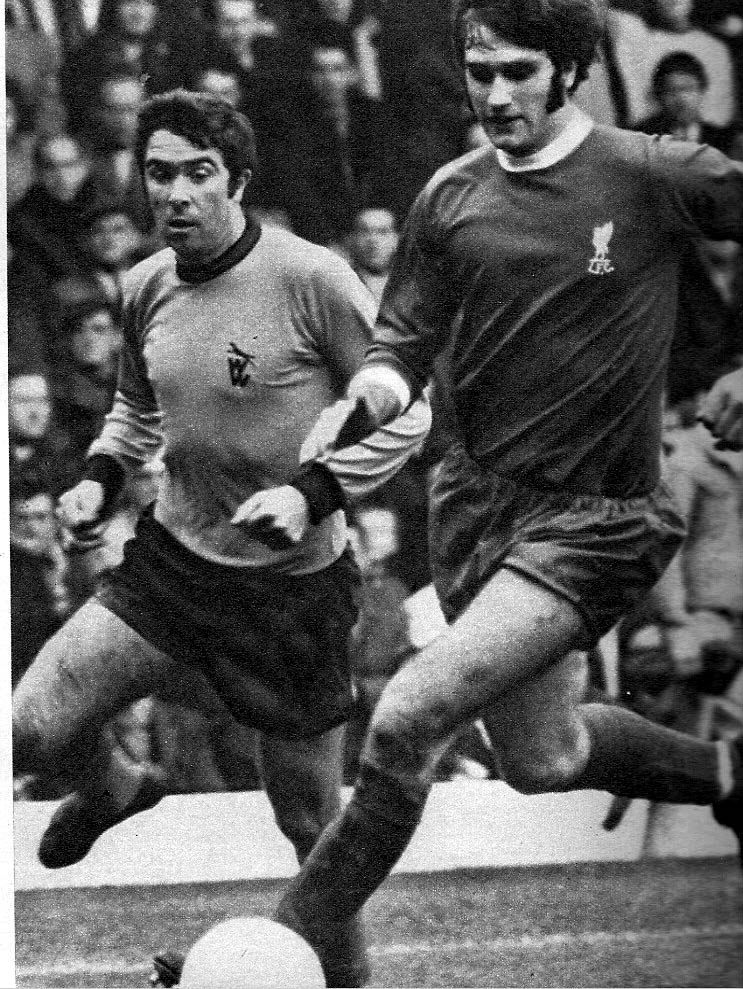 Bobby Gould in action against Liverpool. Like Leon Clarke, he had two spells at Wolves – and even banged in the goals for Coventry.

Saturday, January 25: Couldn’t help but agree with Free Radio summariser Andy Thompson that Wolves’ victory over Bristol City this afternoon had been convincing and comfortable enough. That’s six points out of six with a game at Crawley postponed in between. Now all it needs is for Brentford or Leyton Orient to stop this nonsensical march they have going at the top of the table. Took the opportunity on the way out of the ground to sign the book of remembrance to Bert Williams and read some of the many moving messages.

Wednesday, January 29: Leon Clarke coming back to Wolves? Erm, got me thinking….how many players have had two permanent spells at the club? Try this post-war list and please let us know if you think we have missed anyone: Bobby Gould, Geoff Palmer, Barry Powell, Paul Jones and Neil Emblen. If we’re to include players who had a loan stay as well as a permanent one, we could add Mike Stowell, Peter Eastoe, Bob Hazell, Wayne Clarke and a certain Nouha Dicko.