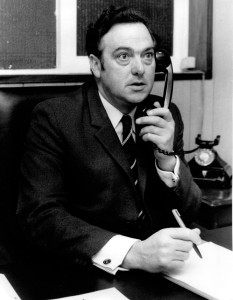 Phil Shaw at work at Molineux.

Club secretaries tend to stick with Wolves for a long time. Jack Howley, later also a general manager, is a prominent name in Molineux history from the glory years and Keith Pearson’s vital role in the mid-1980s in keeping the wolf from the door (pun intended) has been well documented.

The present incumbent, Richard Skirrow, has been in office for well over a decade and a half as well but there is another figure in this category who should not be overlooked.

Phil Shaw was born in Wolverhampton in July, 1931, and brought up in Low Hill. He was only 21 when he joined the club in a clerical role in 1952 and put in 30 years’ service before going on to work for Port Vale in the same capacity.

We have recently spent time in the company of his daughter Diane and her husband Bill in the hope of filling in some of the gaps in a full life that ended at 68 in August, 1999.

“I’m sure I’m not alone in this but I probably didn’t ask enough questions about his career,” said Diane at her home in Fordhouses. “He was my dad and he just happened to work at Wolves.

“I was a fan when I was young and had the scarves. Peter Knowles was my favourite player and Dad once asked him to phone me to say hello. I was beside myself. I was an only one and he used to get me all the autographs. Waggy was another of my favourites.

“I started going to matches when I was nine or ten and remember Dad introducing me toDavy Jones of The Monkees after one. In 1980, there was also a reception at the Mount Hotel after the second of the League Cup final wins.

“I had the impression he was very friendly with Billy Wright and generally got on with everybody. Joe Gardiner, who was known as Uncle Joe to me, came to the house, so did Bill McGarry and Sammy Chung. I also knew Jack Dowen and Dad’s assistant, Jack Robinson.

“Jack Taylor was another he was close to and worked with him later on at Wolves, I think. I went to Wolverhampton Girls High School and Dad worked for the club, so Wolves were a big thing in our lives.”

Shaw dabbled with a playing career prior to finding his livelihood in the back offices. He had trials as an amateur with Walsall and was a good enough centre-forward to have represented them in the Birmingham League.

He also played for Staffordshire in the Western Area final of the 1948-49 National Association of Boys’ Clubs inter-county competition. The side’s right-half and skipper was John Jarman – like him, from Low Hill Boys Club, and a man destined to join the coaching staff at Albion, then Molineux. There was disappointment in that final at Old Trafford, though, with a 3-2 defeat in extra-time against Lancashire and Cheshire. 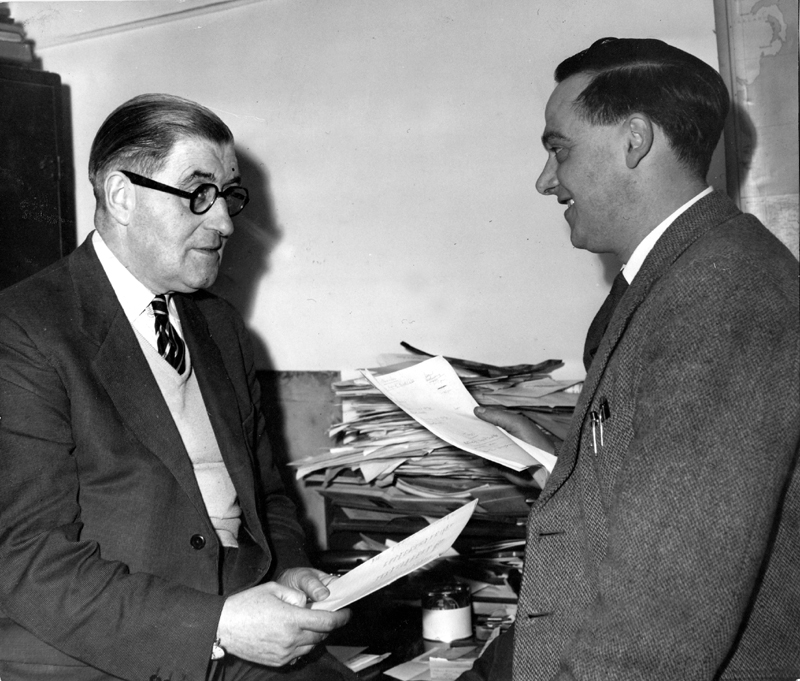 One day all this will be yours…….Phil with his predecessor Jack Howley.

Phil was clearly much more than just a desk man before and after succeeding Howley as secretary in the late 1960s. When Schalke visited Molineux in November, 1958, for what was Wolves’ first European tie, he was a passenger in a vehicle that was involved in a minor shunt as it ferried the three Belgian match officials from Elmdon Airport to Wolverhampton.

On a happier note, he travelled with a young squad to a youth tournament in West Germany, hopped over to Italy with Bill McGarry for the Anglo Italian Cup draw in 1970 and went to Jacksonville for a friendly in John Barnwell’s time. So smitten was he with Florida that he took the family the following year.

Another football-related holiday destination was Malta – home to one of Wolves’ best-known supporters clubs. “I was about 16 and we just thought we were going to meet one or two of the members out and about,” Diane added. “But we were invited to a do and were presented with several gifts after Dad handed over various souvenirs for them. It was amazing. We also went to several of the houses, probably including Alfred Camilleri’s. He would ring my mum and dad when he was over and say: ‘Hi, I’m here. Can I pop round to see you?'”

It was Alfred, still an eager and regular visitor to Wolverhampton, who put us in touch with Diane last season and led us to the reminders in print about more of the landmarks in Phil’s life. He was assistant secretary before taking on the main role and his 25 years’ service to the club was marked by the presentation of a silver salver from Harry Marshall at the same time as vice-chairman Wilf Sproson received a rose bowl to mark his 20 years on the board.

Having had a clerical job on the railways in the town and then worked in the RAF as his compulsory national service before enrolling at Molineux, Phil was resident in Finchfield with his wife Ann by the time of his unhappy departure from Wolves.

By coincidence, the family were on their holiday in Florida when he heard of the Derek Dougan-led takeover. He immediately sensed the writing was on the wall and, no matter that their paths had crossed many times, found himself opposing The Doog at his tribunal in Birmingham the following year.

Dougan said he sacked the 51-year-old for breaching League rules in his handling of Kenny Hibbitt’s transfer to America but the tribunal ruled that the decision to fire him was ‘overwhelmingly connected with the takeover of the club and a purge of the old regime at Molineux.’ Those hearing the case called Dougan’s reason ‘just a pretext.’ There was some criticism of Shaw, though, for the way he handled the transfer and the panel said that the compensation between the two should be reduced as a result by 20 per cent. Ian Greaves and commercial manager Jack Taylor had also been swiftly sacked following the Bhattis’ arrival. 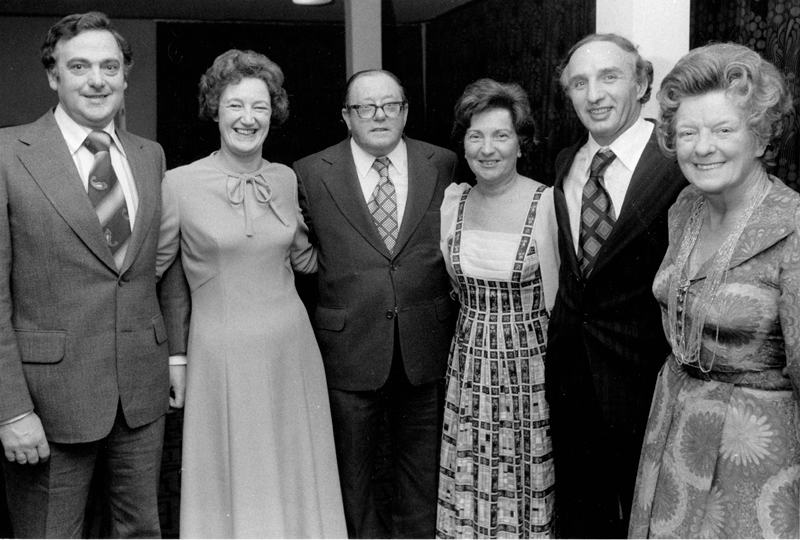 A night out, with ladyfolk, in the company of John Ireland and Bill McGarry.

Bill Slater was one of those to write to Phil expressing his sadness. On ‘University of Birmingham’ letter heading, he praised him for his ‘long and outstanding service’ and added: “Since I finished playing, you always made me feel very welcome at Molineux but I won’t find it so easy to visit now.”

Shaw was also made redundant by Port Vale several years later after taking on the role there and he and Ann, who he met while she, too, worked on the railways, retired to Tenby, where she still lives.