Sir Tom And His Wolves Connections 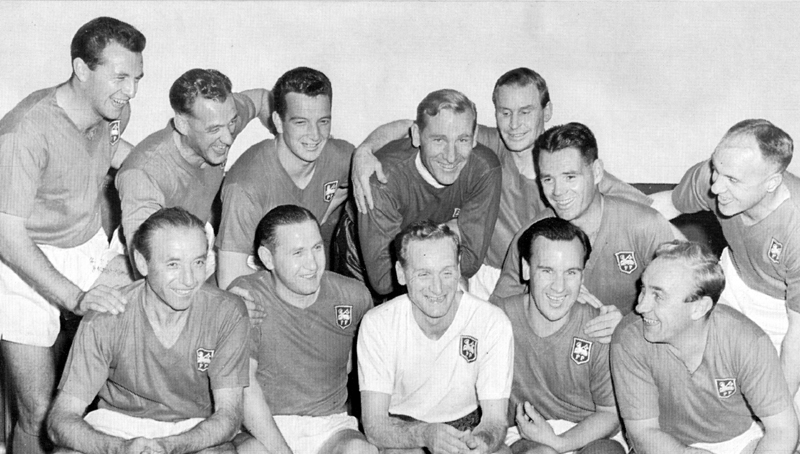 Tom Finney was, in the words of one BBC obituarist this weekend, like Billy Wright at Wolves or Nat Lofthouse at the other Wanderers; the iconic and dream one-club man.

The fact that the Preston Plumber had a knighthood conferred upon him and the other two received alternative honours from The Queen shows just what a legend he was in the game and the charity world.

I have heard more than one Albion player say how relieved they were he had an off day against them – injury-affected as it happens – in the 1954 FA Cup final. The word from various Wolves opponents from the same era, including several who became England team-mates, was along the same lines and underlined the point that he was an utter class act, whichever position he occupied – and he could and did play anywhere across the forward line.

Every one of Finney’s 76 caps were won with at least one Wolves man in the same line-up – often with two or three – but his impact on Molineux life reached out in other ways, too.

We are once again grateful to Steve Gordos for pointing out the following connections, not least the finer detail from when the North End man produced one of his best England performances – in the 5-2 win over Denmark in December, 1956, that remains the last full international staged at Molineux.

“His inside-forward partner that night was Duncan Edwards, who was deputising for the injured Johnny Haynes,” the former Express & Star sports editor told us.

“Edwards scored twice and his Manchester United team-mate Tommy Taylor hit a hat-trick, with Finney making the first two of them. Stanley Matthews was on the right wing, so the combined age of the England wingers was 75!”

Finney’s fortunes in Wolverhampton proved somewhat chequered. Playing at centre-forward in a League game 11 days before the Danes’ visit, he scored twice as his side built a 3-0 lead, only for Stan Cullis’s men to famously hit back to win 4-3 with the help of three goals in the last ten minutes.

Then, he was an absentee on the day Wolves beat the same opponents 2-0 at the end of the following season to confirm themselves as League champions and their visitors as runners-up. Like Wright, Bill Slater and the debutant Bobby Charlton, Preston’s finest was away with England for their 4-0 win at Hampden Park over a Scotland side who included North End’s Tommy Docherty.

Finney did score again at Molineux – but not when the stakes were anything like as high. Having come out of retirement to play for Derek Dougan’s former club Distillery in a 1963 European Cup tie against Benfica, he then honoured his former England colleague Peter Broadbent by appearing in the inside-forward’s testimonial game early in 1965.

“According to Phil Morgan in the Express & Star, he was the star of the night,” Steve added. “He scored two goals for an All Star XI who beat a Wolves Past and Present XI 8-5.”

Morgan’s report said: “Football-wise, the match belonged to Tom Finney, who can still produce the control, the burst of speed and the shot that made him one of the greatest. Some of us believe he could still be playing today.”

Not surprisingly, Sir Tom was more than happy to be interviewed by Gordos for the brochure published for the 2006 Broadbent tribute dinner held to raise money for the latter’s medical treatment. 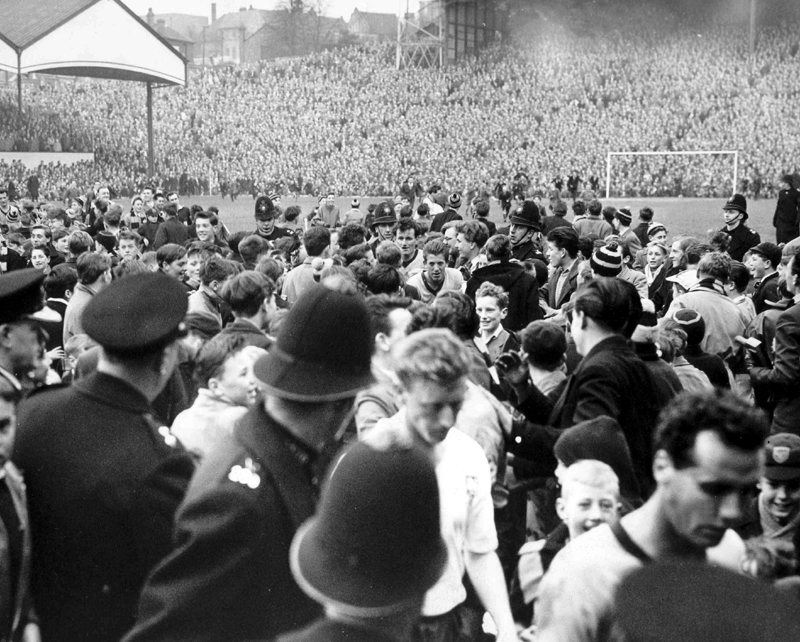 Wolves and Preston players leave the Molineux pitch in April, 1958, after the home win which meant they would finish first and second respectively in the title race.

“He was the complete player,” Finney said. “He was playing in a very good side, of course, but he still stood out. A lot of rubbish is talked about today’s players being quicker and such but if you are outstanding in your own era, you’d be outstanding in any era. Peter, with his ability, would have adapted. I’ve no doubt about that.