Out Of Africa – Some Fond Recollections 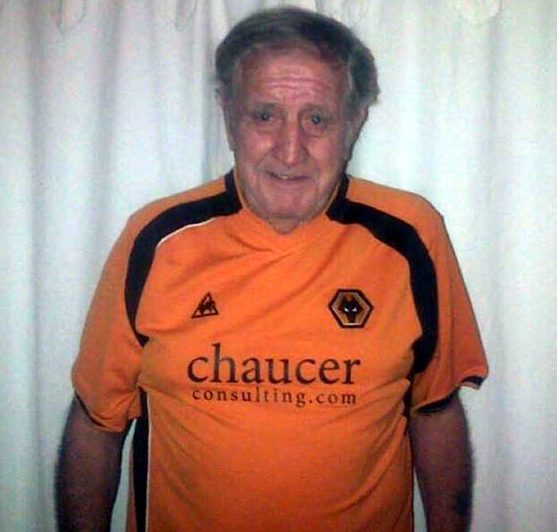 Peter Russell in his personalised and cherished Wolves shirt.

We at Wolves Heroes never cease to be amazed at how far our words travel, nor by the response they sometimes generate.

To underline the point, we were delighted to receive an email recently from Cape Town from the 19-year-old grandson of 1950s Wolves centre-half Peter Russell.

No-one from Molineux, to our knowledge, had stayed in touch over the decades with the Dudley-born player after he had emigrated to South Africa in the 1960s to play and coach.

Peter turns 80 early next year and now lives with one of his daughters Kym in Johannesburg, where he needs care because of the effects of Alzheimer’s. All of which made us more than happy to comply with the family’s request and access what information we could about his career, so they could trigger the parts of his memory that work best.

“A few years ago, my Aunt Mandy, who is one of Peter’s daughters, lived in Stafford for a year with her husband and son and they went to the Wolves shop,” Malcolm Russell told us in a Skype conversation. “They bought my grandfather a Wolves shirt with no 5 and the name Russell on the back and he loved that.

“It seems he can recall his football career better than much more recent events, so anything like this we can do to give him a bit of his life back is very welcome.”

Peter’s fate early in Wolves’ glory years was one suffered by many a talented youngster at Molineux. Signed as a junior in 1950 and as a professional in October, 1952, he was a team-mate of Eddie Clamp and Colin Booth in the 1953 FA Youth Cup final defeat against Manchester United, having been described as ‘outstanding’ in an unlikely semi-final meeting with Reading amateur team Huntley & Palmers.

The first leg of that tie was played at Molineux in front of more than 7,000 an hour after the end of a 5-1 First Division home victory over Burnley. Wolves went through 11-0, only to lose the two-leg final by another large margin, 9-3. The 7-1 defeat at Old Trafford was quite a rude awakening as the Cullis cubs had earlier beaten Wellington, Albion, Birmingham and Doncaster, as well as Huntley & Palmers, without conceding a goal.

Russell would discover to his cost that there were just too many talented players ahead of him in the pecking order but nevertheless made a high-profile first-team debut at centre-half in the Charity Shield epic with Albion in 1954 while still only Malcolm’s curent age, 19. 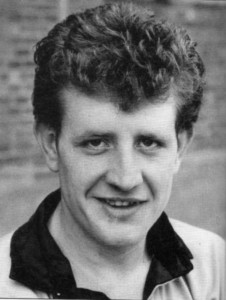 And in the older gold garment more than half a century ago.

Billy Wright and Bill Slater were travelling to Belfast on England duty and the new boy drew praise in the Express & Star from ‘Commentator’, who described the 4-4 draw as ‘easily the most exciting under floodlights at Molineux – and that’s saying something.’

“Albion had a much tougher task against Russell than Roy Swinbourne did against the near-international Joe Kennedy,” he added. “He was wearing Wolves’ first-team shirt for the first time and it won’t be the last. He did extremely well and had the good sense when Ronnie Allen drifted away towards the centre circle to to stay at home.”

The youngster kept his place for the 4-2 League victory at home to Manchester United three days later in the continued absence of Wright and Slater, forming a half-back line with Ron Flowers and Clamp that was made up entirely of under-21s.

Russell played again in the role in the 2-2 home draw against title rivals Portsmouth on New Year’s Day but, despite compiling a host of Central League outings, was to appear in only one more senior game – a 3-1 defeat at Newcastle the following autumn.

Russell, who was no relation to the older and more used Eddie Russell, moved to Notts County for £5,000 in March, 1956, and played 110 times in three years with the Magpies. George Poyser – the man credited as having discovered Peter Broadbent – was his first manager at Meadow Lane and was succeded by Tommy Lawton.

They were difficult times, with County relegated in two successive seasons and arriving in the basement division in 1959. There was also the embarrassment of a 3-1 FA Cup home defeat against Rhyl on the third-round afternoon Wolves were beating another Welsh club, Swansea, 5-3.

But Peter, who is recalled by veteran Radio Nottingham correspondent Colin Slater as a powerful centre-half, was a shining light in the East Midlands. He was Notts’ only ever-present in a 1957-58 campaign in which he also scored five goals.

From there, the player dropped into non-League football for a couple of seasons with Hereford before taking a trail that many former Wolves players were to favour in the 1960s and 1970s.

He joined Addington, a Durban-based club Johnny Kirkham and Barry Stobart later served, and returned for a second spell there after also playing for Durban United.

Peter had married and started a family in England but divorced and settled in the sun by re-marrying. Another son and three daughters followed and carpentry succeeded football as his way of feeding the extra mouths.

“We lived in various places in Natal, such as Pietermaritzburg and Ladysmith, and Dad worked on the building of one of the power stations in the Drakensburg mountains,” Mandy said. 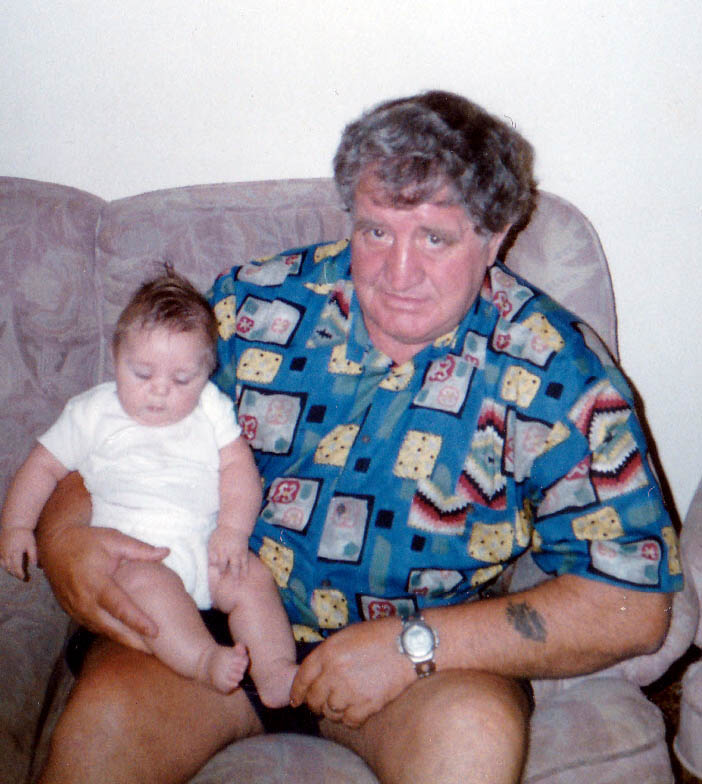 A gentle touch for a robust centre-half!

“My mum, Victoria Adelaide, died six years ago and Dad lived with us in Cape Town then for a couple of years. We were all born over here and regard ourselves very much as South African but it’s sad that he lost a lot of contact with with the English side of his family.

“He was the middle one in a family of four brothers and one sister and all the others have passed away. But some of the partners are still alive and have had pubs in the Dudley area.

“He is a very intelligent man and talks a lot about having played against Manchester United and also in the Charity Shield. That medal was passed down the family to Jason in Durban, who is a keen footballer, so we are proud of what he has achieved in his life.”