Winger Lifts Lid On His Relationship With Legendary Boss 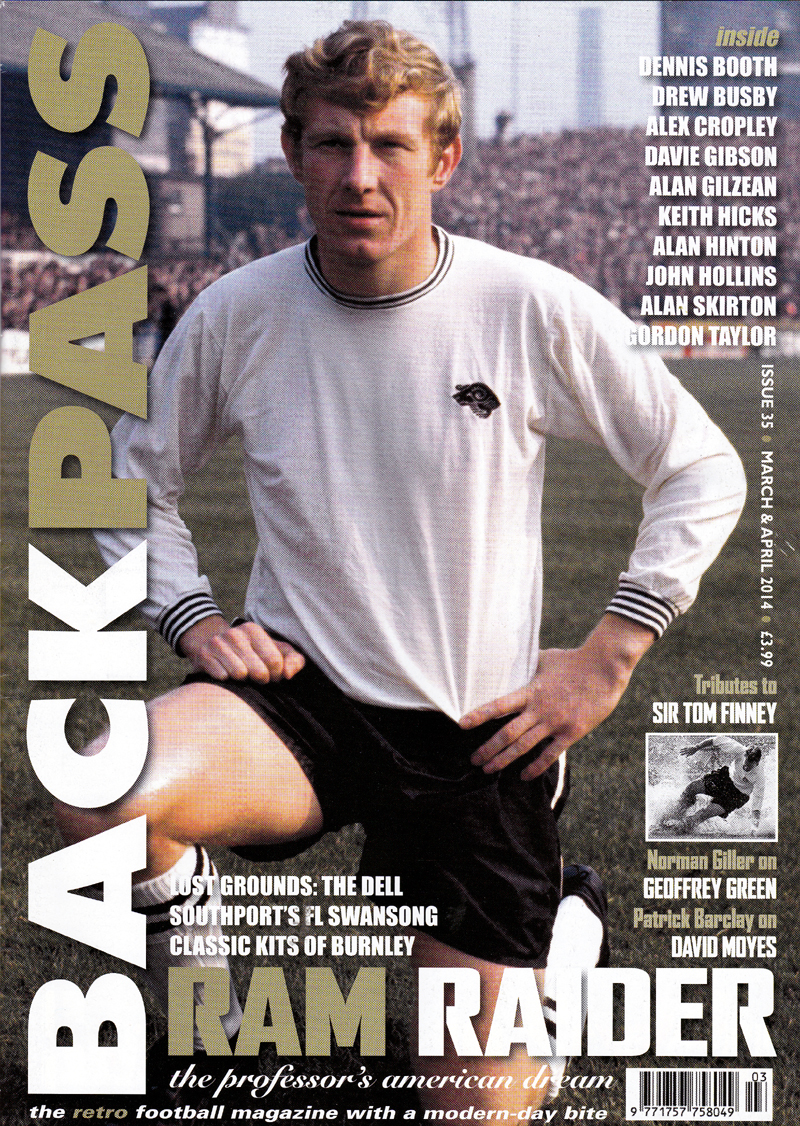 The cover to look for…..

Even by the high standards Backpass has consistently maintained over its six and a half years on the shelves, issue 35 has gone the extra yard – particularly for those of us with a special interest in Wolves content.

From the very first page, there is much for the Molineux faithful to pore over with this latest offering in the form of a two-page feature on Alan Hinton that is written by the Express & Star’s former Wolves correspondent David Harrison.

The Wednesbury-born winger, now resident in Seattle, is featured on the front cover – albeit in Derby kit – and will inevitably raise some eyebrows as he recalls the difficulties he had with Stan Cullis.

He nevertheless reveals that it broke his heart when he was packed off to Nottingham Forest in exchange for Dick Le Flem – a stance that should make for good reading when he completes an autobiography he says he is three-quarters of the way through.

Continuing the theme of comment on famous managers, there’s an insight into the work of Backpass columnist Graham Taylor from one of his former backroom men, Dennis Booth, and observations on Billy Wright’s leadership at Arsenal from one of his charges, Alan Skirton, who also talks of a link in his later career with John Galley.

Brian Little, a Molineux caretaker boss in the mid-1980s, is, perhaps surprisingly, described as a hero of Leicester legend Dave Gibson, who also speaks of Hugh McIlmoyle’s inclusion for the Foxes in the 1961 FA Cup final side against Tottenham.

Elsewhere, there’s mention of Ray Crawford’s exploits in one of football’s more notorious matches and of the fact PFA chief Gordon Taylor made his League debut as a Bolton youngster against Wolves.

Burnden Park matters are also on the mind of former Express & Star sports editor Steve Gordos as he tells the story of why the other Wanderers’ most famous ever player came to play in goal in three seasons out of four against Wolves.

Another writer familiar to readers of all things gold and black, Charles Bamforth, has always been a particular fan of goalkeepers and concentrates in depth and with his usual aplomb on four experts of this trade who hailed from near his roots in Wigan. 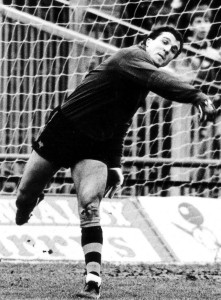 Budgie as we best remember him.

On page 17, glimpses appear of a young John Burridge and Alan Ainscow in Blackpool kit, and there is also a write-up later in the publication, painful though it is, of Wolves’ 9-3 annihilation at Southampton.

Alan Gilzean, Alex Cropley, John Hollins and the late Sir Tom Finney are other major football names from the past to be featured in issue 35.

Further details of how to purchase or order Backpass can be obtained by clicking on the icon to the right of this page or by enquiring at your local WH Smith or possibly Martin’s or McColl store.