Lofty On His NASL Adventure

Keeper Delighted He Opted For Vancouver 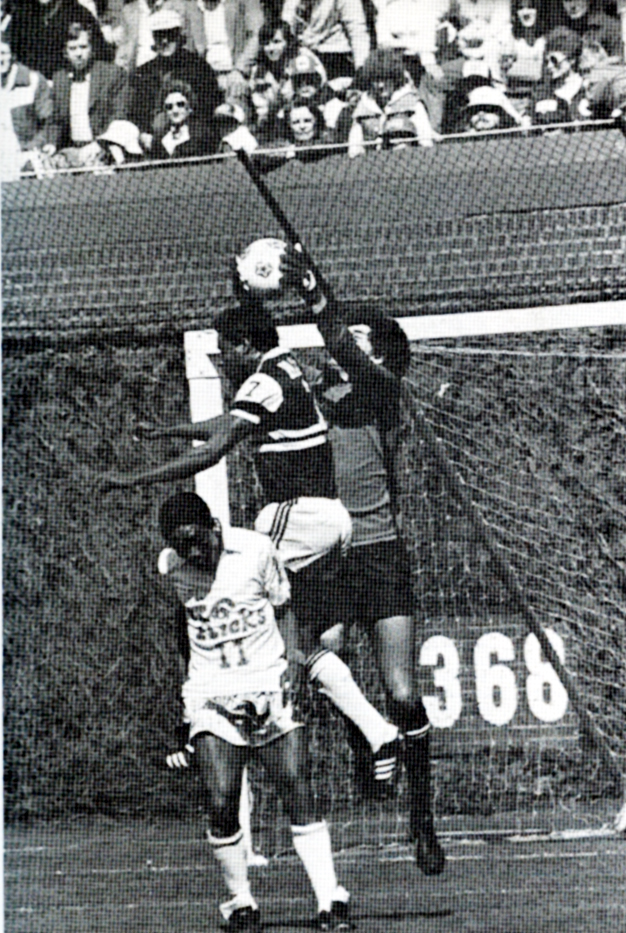 Lofty in action in the States.

Phil Parkes has revealed in a special anniversary interview with Vancouver Whitecaps media personnel that he put his Stateside dream ahead of the chance of joining other English clubs as his lengthy Molineux service was drawing to a close.

The popular long-time Molineux keeper is featured in cyberspace as part of the 40th birthday celebrations at a club where Carl Robinson is now the head coach and Kenny Miller is one of the strikers.

And he has spoken of his decision to head to Canada, where he spent the summers of 1976 and 1977 before moving permanently the following year – and went on to Soccer Bowl glory.

“I jumped at the chance of joining the ‘Caps even though I had offers to go to clubs like Derby and Millwall,” Parkes said.

“We had a great set of lads and a real team spirit, which we needed on our way to wins against New York Cosmos, who nobody thought we could beat in the semi-finals of our cup run.”

Having lost his place to Gary Pierce throughout Wolves’ Second Division title-winning season of 1976-77, he credits then manager Tony Waiters for getting him back to good fitness.

Les Wilson, who he had known well at Molineux in the early stages of a 382-game career with his only English club, was another loyal and popular club colleague at Vancouver.

Lofty had loved the American experience when twice touring successfully in his earlier years – with Los Angeles Wolves under Ronnie Allen in the close season of 1967 and as Kansas City Wolves under Bill McGarry two summers later.

He also went back to the West Coast with the club in 1972 and went on after Vancouver to play for Chicago Sting, San Jose Earthquakes, Oklahoma City Slickers and Toronto Blizzard. 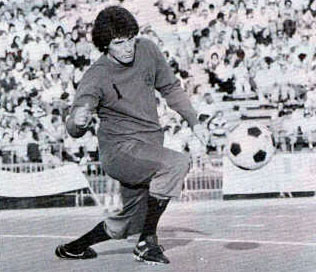 A top keeper on the other side of the Atlantic.

He was named the top goalkeeper in the NASL in 1978 and 1979 and his love of all things American is underlined by the frequent golf holidays he takes in Florida.

Under Robinson’s fledgling stewardship, the Whitecaps have started promisingly by recording two wins, two draws and one defeat, with Miller leading the way by scoring three times to date.

The link to the full story on the club’s official website is http://www.whitecapsfc.com/news/2014/03/where-are-they-now-phil-parkes