Champions – And Once More Without Any Jitters!

Wolves Once More Have Glory Path To Themselves 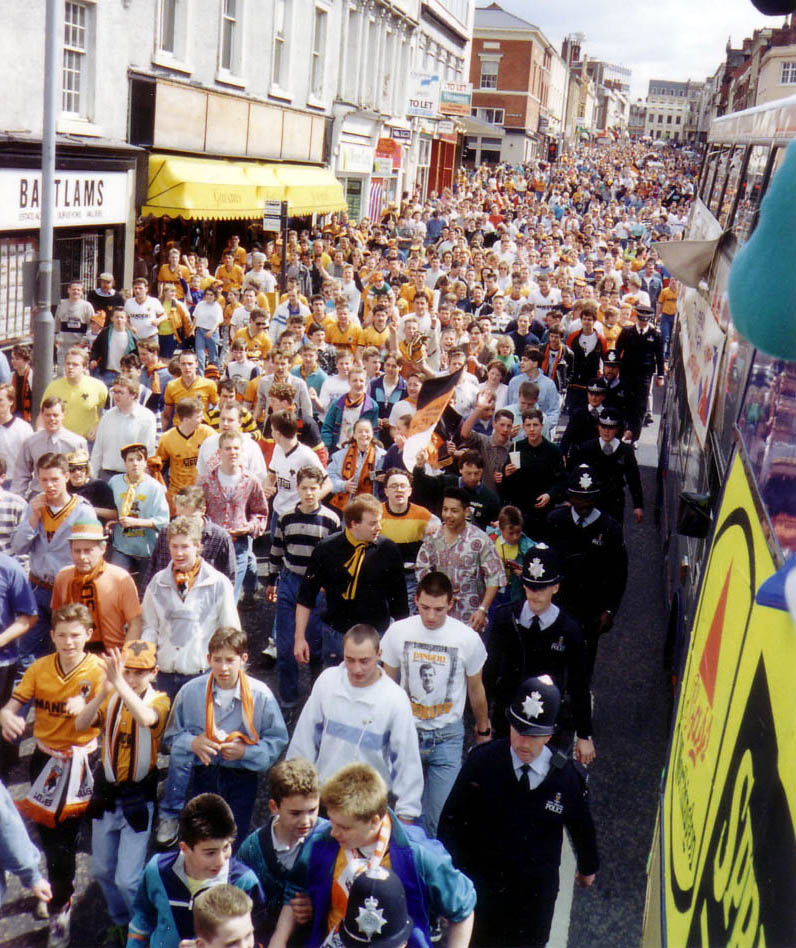 Tens of thousands of fans line the streets of Wolverhampton to celebrate the winning of the Third Division crown in 1989.

This isn’t the first Bank Holiday Monday on which Wolves and their fans have had reason for a delayed celebration of their achievements at this level.

Just as victory at Leyton Orient this afternoon was followed almost three hours later by the news that Brentford had stumbled at Milton Keynes Dons and the League One title was on its way to Molineux, so Graham Turner’s squad had to wait to uncork the champagne in the privacy of their homes in 1988-89 rather than in their dressing room.

Twenty five seasons ago, Wolves fulfilled their side of the bargain by winning 3-2 at home to Bristol City in a May Day afternoon clash but were not assured of promotion until arch rivals Port Vale surprisingly lost at home to Northampton that night.

Turner and his chief scout Ron Jukes made the short trip to Vale Park as Northampton were due at Molineux the following Saturday and they hastily ‘scrambled’ other members of the club’s management and administrative team for a celebration drink before last orders.

Despite the slightly anti-climactic toasting of both that prize and the one secured today, the two successes underline the theme we highlighted on this site nine days ago; namely that Wolves leave very little to chance when booking their climb from one division to another.

This is the tenth time they have won a championship title and rarely is the margin anything other than sizeable.

The last time they went up, under Mick McCarthy from the Championship in 2009, they finished seven points clear of second-placed Birmingham and their successive title wins in the lower divisions in 1988 and 1989 were achieved by margins of five points and eight points respectively.

Sammy Chung’s 1976-77 also avoided any late nervousness as they topped the pile by two points from runners-up Chelsea and, also in the days when there were only two points for a win, the 1931-32 Second Division title was won by the same margin.

Around half-way in between, of course, came a trio of unforgettable League Championship triumphs under Stan Cullis in the halycon days of the 1950s – secured by four points (at Albion’s expense) in 1953-54, by five in 1957-58 and by six the season after that. 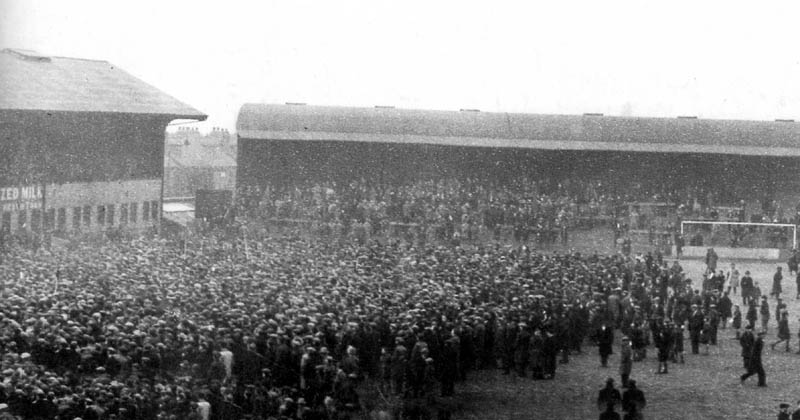 Proof that pitch invasions are nothing new….title celebrations at Molineux 1932 style.

The other time the club were title winners was in the Third Division North in 1923-24 – and this was an outcome to buck the trend. Then, second place went to Rochdale, of all clubs, and they trailed Wolves by a single point.

The potential for more landmarks is very much there this time. Wolves need only one more point to reach 100 for the season and they currently stand eight of their nearest challengers with only games against two struggling sides, Coventry (A) and Carlisle (H), to come.