Legendary Defender Acquires a ‘Plus One’! 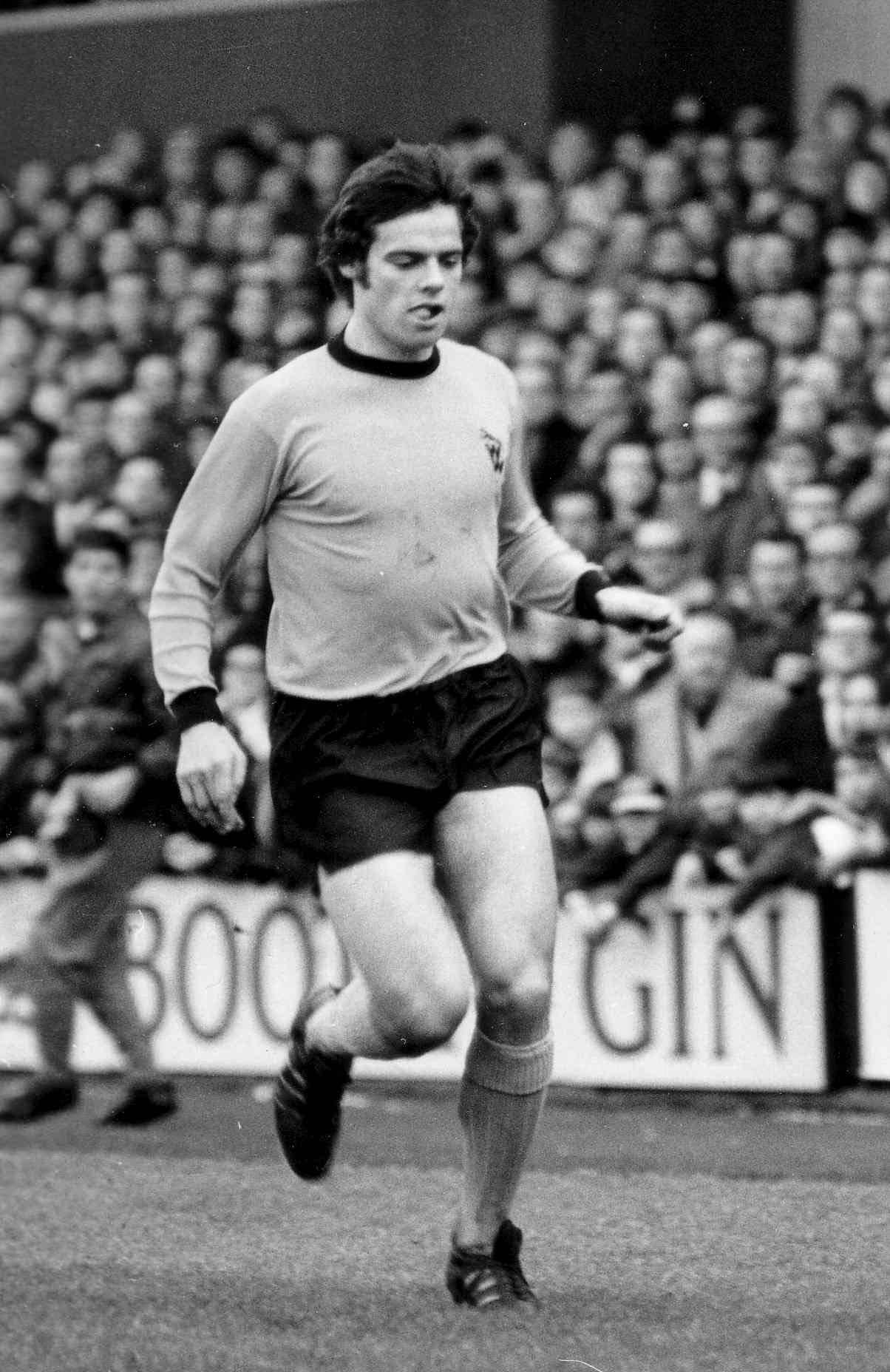 Steve Gordos’s eagle eye has seen to it that Frank Munro’s vast Wolves appearance tally has increased by one – almost 37 years on from when he last played for the club.

The supreme inside-forward-turned-defender is listed in the record books as having had 371 outings in League and cups during his ten years at Molineux.

But Gordos, a statistician of repute as well as the writer of around half a dozen books on various topics gold and black, has unearthed an extra game the late favourite played in – one in the country of his birth, no less.

The discovery is well timed as the long-time former Express & Star sports editor is currently in the later stages of editing the affectionate biography to Frank that was written by their close mutual friend Dave Wagstaffe.

“I was in the Archive library in the Molineux Hotel building to do various bits of checking, including why Frank had missed some games in the 1972-73 season,” Gordos said.

“The reference books have him as having sat out a Texaco Cup second leg at Kilmarnock in the September, with Brian Owen in his place at no 5. But it’s clearly there in the Express & Star files that Frank did play.

“His name is in the line-up at the end of the match report and the E&S man John Dee even refers to him in a piece a couple of days later, saying he had come through okay against Kilmarnock when returning after injury.

“That means his appearance total for the club was 372, not 371, and Brian Owen played six times, not seven.”

We at Wolves Heroes will be amending our records accordingly, particularly in the Legends area. And our sister company Thomas Publications are delighted the realisation has come now.

Their print run for the forthcoming tribute to Frank was to have included a limited-edition of 371 hard-back copies. But this will figure will now be upped to 372.

It is not the first time Gordos has correctly rewritten a little Molineux history in this way. Just over a year ago, he similarly established that Munro’s long-time central defensive partner John McAlle had gone on as a substitute near the end of a game at Southampton and should therefore have 509 Wolves appearances to his name, not 508.

The long-awaited Munro publication, which is being produced with the full blessing of his family, is due out in August and we will be announcing plans in the coming weeks to allow fans to have their name in a special ‘In Memory of Frank’ section at the back for no extra cost.

The Scot’s Wanderers swansong came on May 14, 1977, when he played in the 1-0 win at Bolton on the last day of his club’s title-winning Second Division campaign – a game famous for the implications it had for Brian Clough’s Nottingham Forest.

The game at Kilmarnock five years earlier finished 0-0, Wolves having won the first leg 5-1 – when we can confirm Munro WAS an absentee!