In the last month, the Channel Islands, New Zealand and the United States have all been landmarks on our map as regards our communications, not to mention Canada, from where we continue to receive very regular emails from our good friend Les Wilson. 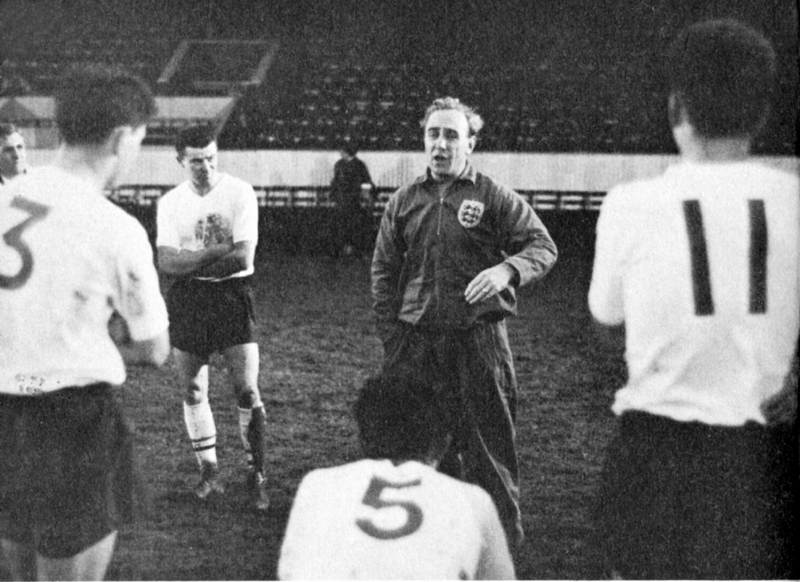 Tuesday, April 8: Was surprised to receive a phone call out of the blue from Dick Le Flem in Guernsey. The mid-1960s Molineux winger had read on Wolves Heroes that Alan Hinton, the man who was sold to Nottingham Forest by Stan Cullis in part-exchange for him, was planning to write his autobiography, so he asked us to put Alan in touch with him if he wanted another ‘take’ by way of background on the transfer deal between East Midlands and West Midlands.

Thursday, April 10: Received an email from New Zealand asking which shirt number Neil Emblen tended to wear when at Wolves. Adrian Turner was a long-time Molineux season ticket holder before emigrating and has a son Robbie who wants the name of the recent Kiwi acting head coach on the back of the gold and black shirt he is about to purchase. Adrian tells us that Emblen, who settled on the no 6 jersey at Molineux when they became personalised for the season, is now first-team coach at Auckland-based Western Springs.

Sunday, April 13:  Jody Craddock isn’t alone in having turned his talents to the canvas since retirement as a player. We hear from our good friend Don Veale, a Bristol-based football nostalgia specialist, that Shane Higgs is also an artist of some renown. Portrait, abstract and contemporary sport are among the specialities of a keeper who spent several months warming the Wolves bench in 2008-09 during the Championship title-winning season after he arrived in the West Midlands on a recommendation from John Ward, his manager during the most fruitful time in his career – at Cheltenham. Please log on to www.shanehiggsartist.co.uk for more information.

Tuesday, April 15: Was delighted to hear that Fred Kemp, Ray Aggio and John Doughty, plus wives, had had a get-together in Wolverhampton at the start of this month. The trio were part of the club’s FA Youth Cup squad from when they reached the final 52 years ago and were then present in the spring of 2012 when a memorable reunion weekend for the ‘Group of 62’ started in the Doughty household on Cup Final afternoon, continued with a dinner at Molineux that night and also took in the following afternoon’s Wolves v Everton game.

Friday, April 18: Saw Mel Eves (for the second weekend running as it happens) in the press room at the Rotherham game. What a crazy afternoon! Had never previously seen a match that ended 6-4, so that’s another ‘first’ after the novelty of being at Albion 5 Manchester United 5 on the final afternoon of last season. “We dropped our serve a couple of times but still came through the set okay,” said one senior member of Wolves’ staff when talking letter about a score more familiar in tennis.

Thursday, April 24: Thoroughly enjoyed interviewing Kenny Jackett at Compton this lunchtime for the Championship play-off final programme. The producers of these Wembley publications always home in on the managers of automatically promoted clubs for a question-and-answer feature on the season just ending – one that includes headings such as the best performances against their side, the most promising young player in the division and so on. Wolves’ head coach really is an impressive individual, shunning the offer of some gentle prompting to trawl his sharp memory and come up with answers that were interesting and informative. I’m lucky to have interviewed him and Paul Cook for this feature in the last few months.

Saturday, May 3: Well, that’s another season chalked off and Wolves’ 3-0 home win over Carlisle underlined the fact that this has been a very happy one. Thankfully there were no repeats of the ridiculous pitch invasions of Good Friday and another vibrant, packed Molineux showed it could behave. Was delighted to bump into Gary Leaver on the way out of the ground and discover that the club’s long-time commercial manager from more than a decade ago is still a keen fan – as proven by the flag he was waving while walking down Molineux Alley. Before kick-off, we staged a farewell in the press room to Ron Warrilow, the highly popular freelance writer who is standing down from regular service at the ground after the small matter of 54 years. 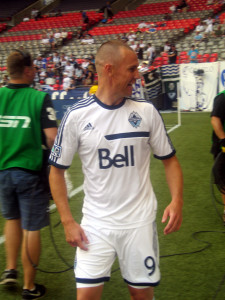 Sunday, May 4: Heard via email from an American-based reporter that Kenny Miller had had his contract with Vancouver Whitecaps, where his close friend Carl Robinson is head coach, cancelled by mutual consent. The 34-year-old scored 13 times in 45 games while in Canada and stands 26th in the list of all-time record Wanderers scorers, as shown by our recently launched Goal Aces area.

Monday, May 5: A second visit to the stadium in three days….this time for Jody Craddock’s testimonial game. It was an afternoon full of lovely touches and was superbly attended by former Wolves and Sunderland players. Among those whose presence might not have been so obvious were Don Goodman, Lee Naylor and Steve Bull while Alex Rae (like Jody) played for both teams at different times during the 90 minutes and looks, at the age of 44, as though he should still be playing League football.