Martin Hoping To See Wolves Back On His Patch 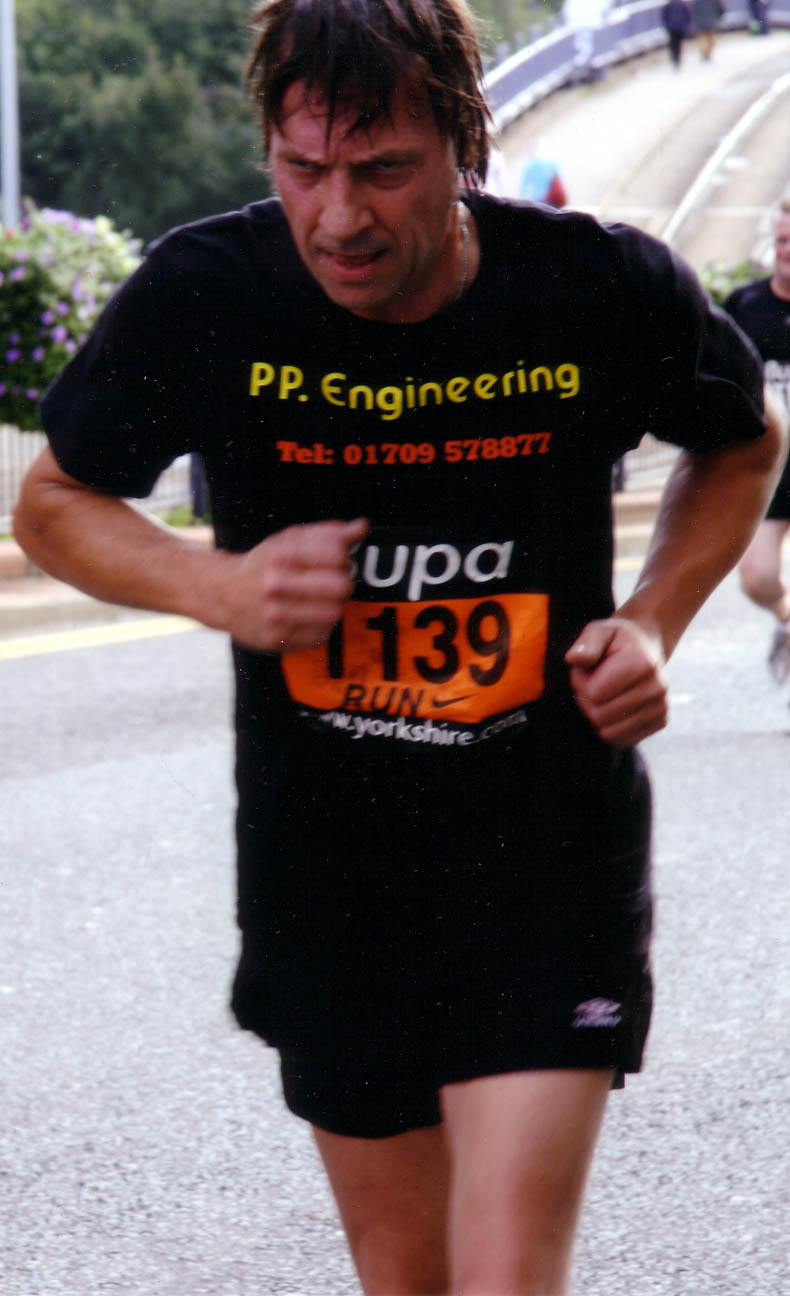 Martin Patching on a charity run following his serious illness.

Martin Patching is hoping for a home win when the play-off circus roll into town tonight – as a way of ensuring he gets another close-up of his beloved Wolves in 2014-15.

The former Molineux midfielder was back at the club of his dreams for the 6-4 Good Friday spectacular against Rotherham after also witnessing the 3-3 draw between the sides in South Yorkshire in December.

Although he has made a good recovery from serious illness, the Rotherham-born 55-year-old will not be at the New York Stadium for this evening’s League One play-off semi-final second leg against Preston but will be an avid watcher seven or eight miles away at home.

“I find I can see better on the big screen these days, so I’ll be content with watching the game on TV,” he told us this afternoon. “But I have also been to the ground for the derby against Sheffield United and for my brother’s birthday party in one of the guest rooms.

“It was Keith who accompanied to Wolves the other week. He’s a big Millers fan and we had two other supporters in the car who watched from the visitors’ section in the ground.

“Kenny Jackett, who I know from when we were players together at Watford for several years, had kindly sorted out two tickets in the directors’ box and in the directors’ suite beforehand and I have to say I felt I was treated all afternoon like a long-lost friend. It was lovely.

“As a boyhood Wolves fan, I was delighted with the result and the way they went up as worthy champions and I enjoyed going round some of the corporate rooms at Molineux doing a question-and-answer turn before kick-off.

“Keith might not have been quite as happy with the outcome. He took me to my first game in 1964 and has remained very passionate about Rotherham, even when they were playing at the Don Valley Stadium in Sheffield.

“My first big disappointment in the game was seeing Wolves lose 1-0 in an FA Cup tie at Millmoor when I was nine but I hope both clubs are in the Championship and I get the chance to see them up here again next season.”

Patching, now 55, had his own major taste of promotion euphoria when playing 30 games in the 1976-77 campaign in which Sammy Chung’s Wolves went up as Second Division champions. 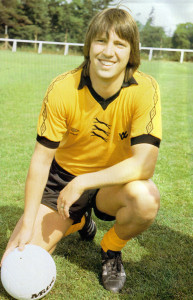 …..and as Wolves fans recall him best……

He hopes to be back in the West Midlands a fortnight today as one of the many former Wolves players on parade at a charity golf day being organised by John Richards at Shifnal.

Please see our May 9 post on here for more details of that day, which will bear a strong League Cup 1974 theme.