Palmer On The Richards Radar

Booked In For A GP Appointment 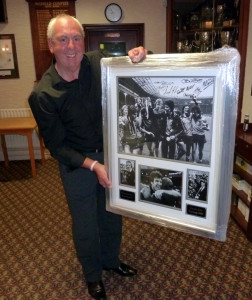 Geoff Palmer with the 1980 League Cup keepsake he bought at a Wolves golf day in the autumn.

Geoff Palmer has agreed to step in as the next Wolves legend to be interviewed at length on here by his former Molineux team-mate John Richards.

Now the array of featured talent is set to include another of the club’s double League Cup winners.

Palmer was a fresh-faced newcomer to the side, having replaced Gerry Taylor at right-back, when Bill McGarry’s team were kicking off a run that led them to the 1973-74 final.

And his emergence was a popular story as he was a boyhood Wolves fanatic from his home in Cannock.

He went on to play 496 first-team games for the club and was still going very strong when he and Parkin again filled the full-back roles in the 1980 League Cup final triumph over Nottingham Forest.

“Geoff is one of the local boys made very good from our side in the 1970s and early 1980s,” Richards said. “He came through a few years after me but was a stalwart of the team for around a decade and a half over his two spells.

“We played a lot of matches together at home and abroad and he lived through some of the memorable successes as well as more trying times later on.

“Few players are better qualified to comment on the two sides of the coin than him and we look forward to sitting down with him for a good chat in the next few weeks.” 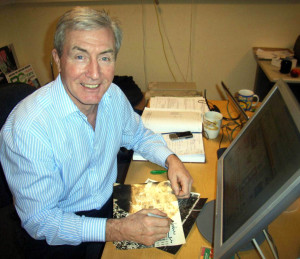 As ever, we are seeking questions from our readers, so please fire away and tell us what you want to know from Geoff. You are welcome to send them to JR@wolvesheroes.com or go via www.molineuxmix.co.uk and our friends there.

The deadline for questions is Monday, June 2.