Happy Story That Stretches To Oregon And Back

Not content with filing his comprehensive piece several weeks ago on Wolves’ journey to the final of the 1975-76 FA Youth Cup, California-based Charles Bamforth has since been busy researching the life and times of several members of the squad. Here, he profiles the career, playing and otherwise, of one such man.

With the possible exception of another 1970s figure, Gerry O’Hara, the term ‘local lad’ probably applies to Martin Loftus more than anyone who has ever donned the gold and black. He was born on Waterloo Road.

If you chat to him these days, though, you would never imagine it, speaking as he does with a rich Irish accent.

“Although I was born in Wolverhampton, my parents were from Roscommon and Loftus is a County Mayo name,” he says. “I came here on holiday in 1989, met my wife, got married a year later and now we have six kids!”

As a 16-year-old star-struck Wolves fan, though, he didn’t have to walk very far to go and knock on the door to ask for a trial.

“They took me on but I stayed at school to do my A levels. It was my ambition to be a PE teacher. I trained one evening a week and played on Saturdays, When I turned 18, they didn’t sign me. I knew I wasn’t going to make it.

“To be honest, I don’t think I played very well. It was a confidence thing. Most of the other lads were apprentices. You’re a bit on the outside and don’t get the bonding.  I was a quiet lad. But I had a good attitude and did my best. The coaches seemed to like that.

“I played for the A and B teams. That Midland Combination was a tough league. To be honest, I had no idea where we played. I just got on the bus!

“My better stuff was when I played with the town team and the county. I captained West Midlands under-18s and was among the last 50 in the trials for England under-18s. In that county team, we played the Wolves youngsters twice and won both and I can remember playing really well. But it didn’t seem to go so well when I was in a gold shirt.”

Nevertheless, Martin, a right-back or sweeper, was good enough to be part of the 1975-76 FA Youth Cup squad and his former team-mates speak highly of his abilities while acknowledging his assertion that his was not one of the noisier voices in the dressing room.

“Chindha Singh was at school with me, St Edmunds,” he added. “George Berry and Bob Hazell…..they were the business.  I was substitute in the Youth Cup final against Albion. I never played in front of such a big crowd.  I never looked up at them. You have to get used to that sort of thing. That was my problem.”

Prospering in the States……Loftus is no 4.

Loftus was a late developer and flourished in the United States.

“There was a close link between Portland (in Oregon) and Wolves. Peter Withe, Jimmy Kelly, Don Gardner, Chris Dangerfield, Barry Powell….they all went over there to play for the professional team, the Timbers. In my case, we did a fund-raiser for the schools team and sent the Town Under-18s out for a two-week holiday during which we played some games. I won a four-year full soccer scholarship to play at the University of Portland. I was selected for the All West Coast side and for the All American second team in my final year. I was there six and a half years.

“I really have to thank Tony Penman (the scout who discovered John Richards) at Wolves. Without him, I would not have had a career. It was thanks to him that I went to Portland and I really grew up there. We chiefly played against West Coast universities in the NCAA Division One.”

The National Collegiate Athletic Association (NCAA) is a non-profit organisation linking the athletic programmes of many colleges and universities in the United States and Canada. In the West Coast Conference that the University of Portland had just joined (Loftus was part of the inaugural team), there were also Loyola Marymount in Los Angeles, Pepperdine University (Malibu), The University of San Francisco, Seattle University and the University of Nevada (Reno), among others.

“For two years, we had Dennis O’Meara and Manuel Garcia in charge and they brought their own special magic,” he says. “For the next four, we had Mike Davis, an Englishman who came to us from the University of Oregon. He had played semi-professionally in the UK and had a full coaching license from United States Soccer Federation and a full coaching certificate from the English FA.

“I was a regular watching the lads at the Portland Timbers and, in the close season, got the chance to play against Les Wilson, Mick Hoban, Charlie Cooke, Clive Charles, Jimmy Conway, Ray Martin and Graham Day, who were all part of teams in the then North American Soccer League.” 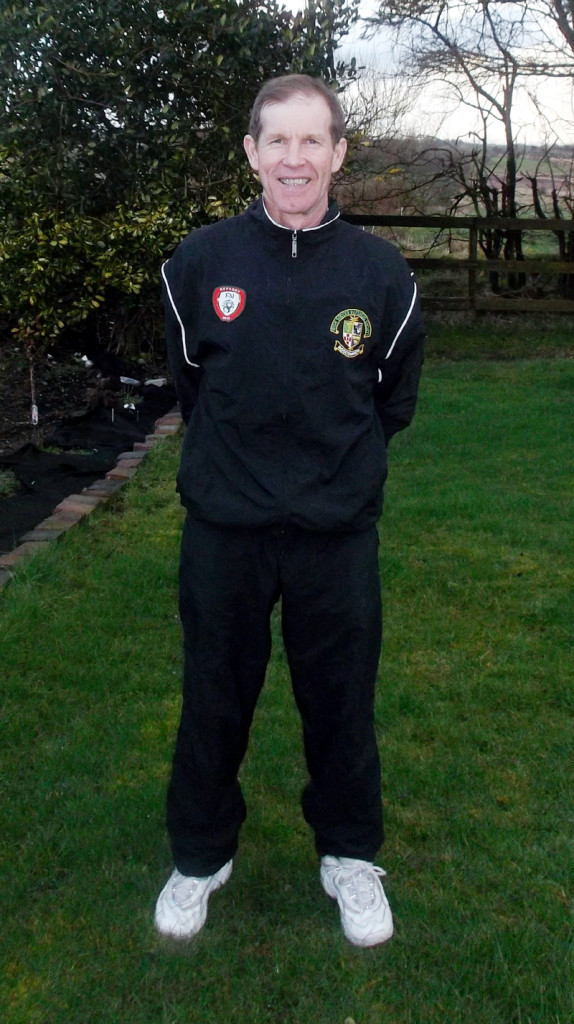 ….and in recent times.

Loftus earned a bachelor’s degree at Portland and stayed on for a master’s in business administration. By 1983, he was ready to come home to Wolverhampton. He joined the family building company but, six years later, headed to the Emerald Isle of his ancestry, continuing to work in construction but also as a driver.

He has also refereed and played a major role in the Roscommon & District Youth League and has coached in schools as well as managing club and county representative teams.  These days, at 54, he is a football consultant.